Lessons from a minimalist kitchen — plus, where they keep the clutter 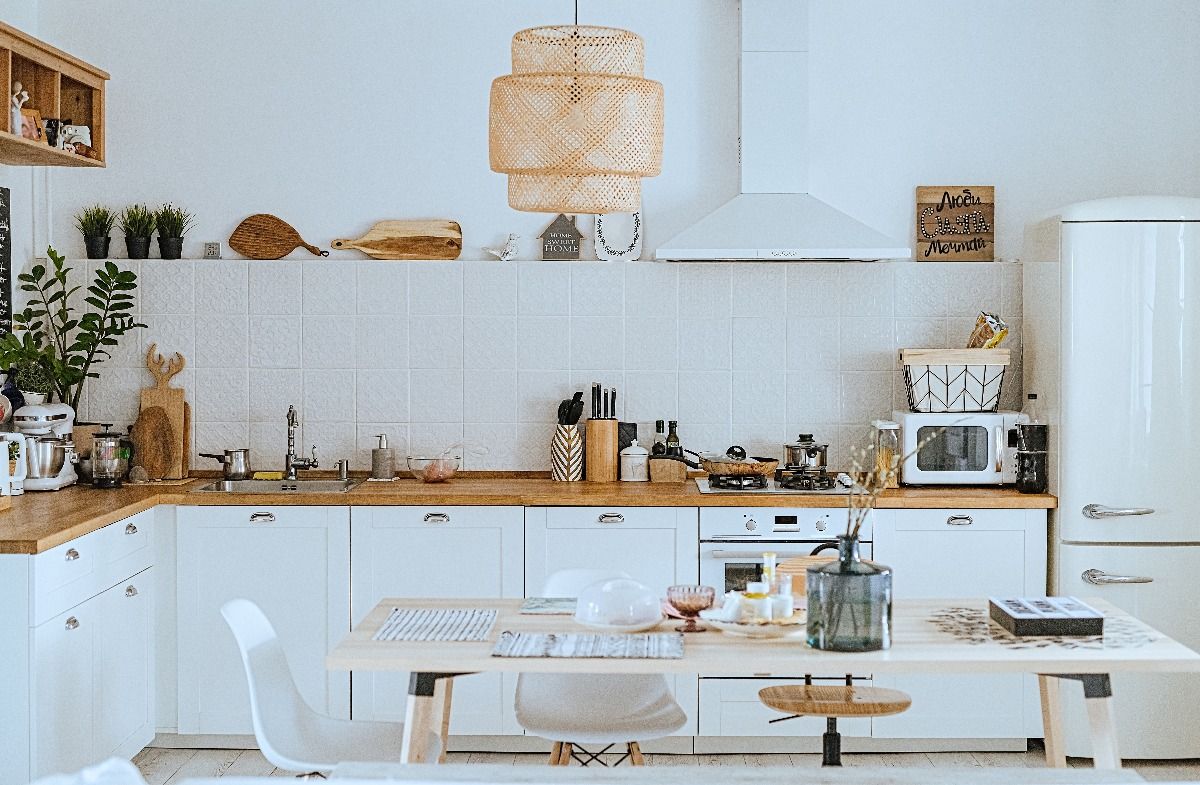 Architect John Pawson is known for his rigorously minimalistic aesthetic. A typical John Pawson interior looks like it is waiting for the owner to arrive: There's no clutter and the furnishings are kept to a minimum. Looking at his own bare kitchen and dining room, it might come as a surprise that Pawson and his wife Catherine have just published a cookbook Home Farm Cooking that's geared towards home cooks.

Despite the book's pristine photos of the Pawson's kitchens, a lot of cooking goes on in the Pawson household. "This book is about home cooking," says Catherine. "I invited some of my favorite chefs in to collaborate with me on recipes, but the rest are old favorites: some from my mother and John's mother, plus other people's recipes that I've adapted."

The book takes its title from the name Pawson has given his Cotswolds estate: Home Farm. A former farm, Pawson connected an existing barn and farmhouse to create the main building and turned the stable into a guest house. Because the home sprawls over multiple existing structures, there are actually three (yes, three) kitchens: A kitchen in the "barn" end of the main structure, which gets lots of use in the summer when they take meals outside; a smaller kitchen on the "farmhouse" side where John and Catherine take their morning coffee and do most of their cooking; and a small kitchen in the guest house. The unusual setup came in handy last year: "During lockdown, we've had adult children living at home," says Catherine "We didn't anticipate using all three kitchens at once, but it's been brilliant."

Pawson is quick to point out that you obviously don't need three kitchens or really too much of anything at all to cook a great meal. "You need fire and water and a bit of space in between, a few shelves and drawers, and the right equipment," he says. However, the secret to his minimalist-looking cook space is not to go without the usual tools and appliances you'd find in a contemporary kitchen. Instead, Pawson has designed ways to hide the clutter and developed habits that make the clean, spacious look possible. Here are the lessons we learned from John Pawson's uber-minimalistic kitchen.

Learn to find satisfaction in tidying up.

John and Catherine Pawson make a mess when they're cooking like the rest of us, "When I'm cooking, it's like a bomb has hit the kitchen," laughs Catherine, who says she's the type of cook who leaves the cleaning up to the end. While John shakes his head at his wife's description, he says his own inclination to tidiness is ingrained, "I quite enjoy clearing up and putting everything away . . . I get tremendous pleasure in an empty surface — the materials and also the kind of freedom of the spatial qualities." Thinking of how good your own kitchen feels on its best day can help motivate your daily clean up. And remember professional photographs of any kitchen are not how they look every day: Don't feel like you need to tidy up to picture-perfection--just what feels good to you.

Consider a larder — an old-fashioned idea that deserves reviving.

In the farmhouse part of the house, John kept the existing larder in his redesign of the kitchen space. The unheated pantry room is where the couple stores non-perishable items, much of their fresh produce, and servingware. "I absolutely love it," says Catherine. "It's probably my favorite room in the whole house." Even if you don't have a separate pantry room, you might think of adding a hutch or storage cabinet that can store overflow foodstuffs and less frequently used items.

Create a "garage" for small appliances

The Pawsons also have all their small appliances tucked away in the larder, where they are easy to access but out of sight. "The beaters, the ice-cream machine, the coffee maker, they're all plugged in, ready to go," says Catherine. "That way you're not taking out the machine, putting it down, plugging it in. It just works more efficiently."

Know that editing is a never-ending process

While John Pawson is known for reducing and editing everything he creates to achieve simplicity "we've still got more stuff than we need," he confesses. "I think that is where the adage that you expand to fill whatever you've got proves true." His wife concurs, adding "If there's anything you haven't used for the last year, you probably don't need it."

Buy things that will last

The Pawson's kitchen has prototypes of John's cookware and tabletop designs rotating through, but their overarching philosophy is to buy fewer items that will last a lifetime. "Most of the things I have, I've had for over 20 years, " says Catherine. "We have beautiful knives from Japan and beautiful copper pots."

Design storage that is flexible and generous

"I think it's very difficult to foresee very particular places or places for everything," says John of designing kitchen storage. "I prefer a much looser, simpler storage system: Wide drawers — lots of them — and enough storage space, but nothing too prescriptive about where things go. I find things have a habit of moving around." You'll also notice the Pawsons don't have their pantry staples decanted into matching canisters. They like to keep things neat (even behind cabinet doors), but don't obsess about being hyper-organized.

In the Pawson's kitchen, the refrigerator and dishwasher hide behind doors. While they are full-size models, Pawson says he favors refrigerators that are petite by U.S. and even U.K. standards, he says, "They're fairly small because we like to go shopping almost every day." When shopping for appliances during a remodel, opt for "panel ready" models, and consider how much fridge space you really need.

Likewise, the induction range is a minor interruption in the counter, but it is also now Catherine's favorite way to cook. "I was very reluctant," says Catherine. "But I've actually come to love induction. It's very responsive, it heats up super fast, and it stops cooking immediately when you turn it down." Plus, she points out that it's safer, especially with grandchildren around, "The cooking surface and the handles of the pans do not get hot."

Use open shelves only for everyday items

John designed their farmhouse kitchen with a single open shelf. "What you see in the photographs, those are all things that we use every day," says John. This means nothing gathers dust and it's easy to keep the shelf looking nice "If you have open shelves, there needs to be some order — and with more things that's difficult to achieve," he cautions.