Arizona's Democratic secretary of state calls for investigation of Trump, Giuliani and others

Secretary of State Katie Hobbs, already at war with GOP attorney general, calls on him to probe Trump and allies 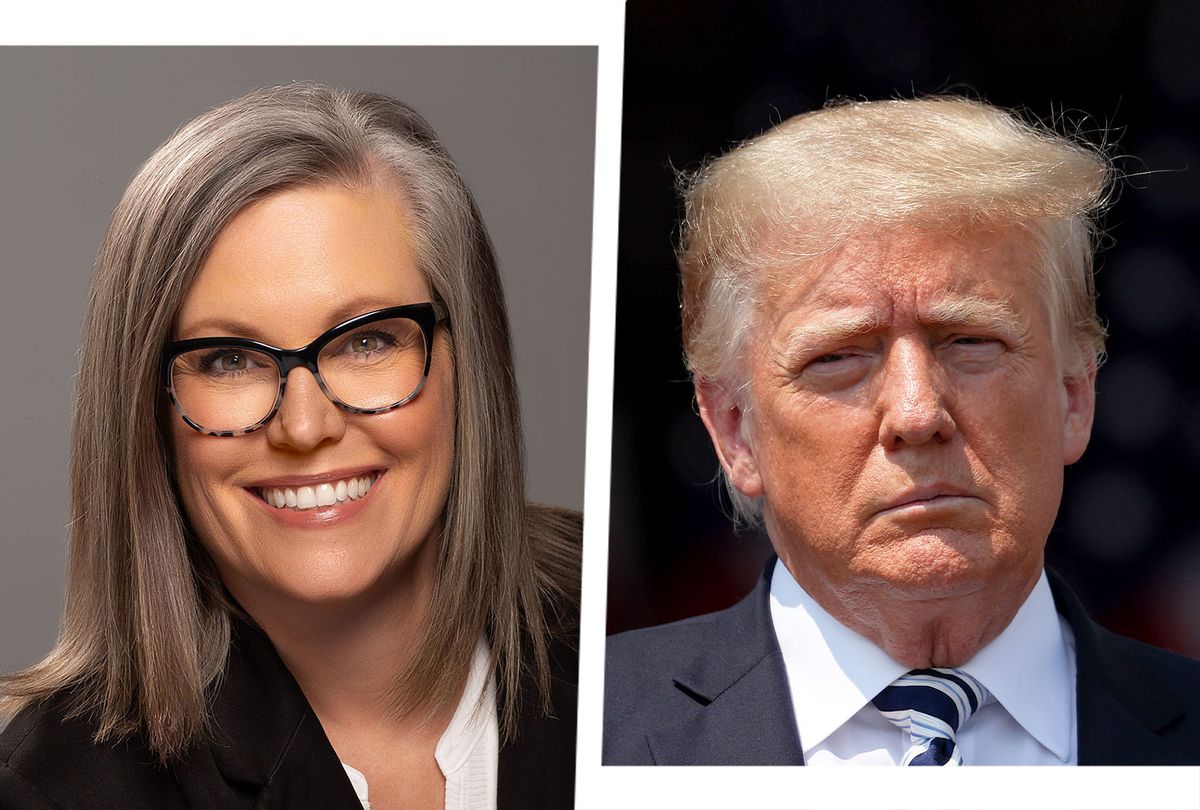 Arizona Secretary of State Katie Hobbs, a Democrat, has called for an official investigation of Donald Trump and his allies' "intense efforts to interfere" with the results of the 2020 presidential election, suggesting that Trump and those working for him may have violated state laws by attempting to influence Arizona's vote count.

Hobbs' demand came in a Friday letter to Arizona Attorney General Mark Brnovich, a Republican, urging him to investigate Trump along with former Trump attorneys Rudy Giuliani and Sidney Powell and Arizona Republican Party chair Kelli Ward. Hobbs alleged that all four have attempted to convince Arizona officials to tamper with the state's ballots, some of which are currently being re-examined (for at least the third time) in the Republican-backed "forensic audit."

That audit of votes in Maricopa County, Arizona's major population center, is currently being conducted by the Florida-based cybersecurity firm Cyber Ninjas, which has no previous experience in elections and was founded by an overt proponent of the "Stop the Steal" movement.

"Local reporting recently uncovered intense efforts to interfere with the tabulation of ballots and canvass of the 2020 election in Maricopa County," Hobbs tweeted on Wednesday. "In Arizona, interfering with election officials is a felony."

In her letter, which she posted to Twitter, Hobbs reminded Brnovich that he is charged under Arizona law with investigating anyone who "knowingly interferes in any manner with an officer of such election in the discharge of the officer's duty, or who induces an officer of an election ... to violate or refuse to comply with the officer's duty or any law regulating the election."

Hobbs specifically detailed two incidents reported by the Arizona Republic in which Ward called upon the chairman of the Maricopa County board of supervisors to "stop the counting." Ward told him: "I know you don't want to be remembered as the guy who led the charge to certify a fraudulent election." Following the report, Hobbs tweeted that her alleged exchange with the chairman was "BS."

In another instance, county Supervisor Bill Gates received a phone call on Christmas Eve from Giuliani, who left a potentially ominous voicemail message. "Bill, it's Rudy Giuliani, President Trump's lawyer," Giuliani said. "If you get a chance, would you please give me a call? I have a few things I'd like to talk over with you. Maybe we can get this thing fixed up. You know, I really think it's a shame that Republicans sort of are both in this, kind of, situation. And I think there may be a nice way to resolve this for everybody."

Hobbs' letter comes amid significant tension between her and Brnovich. Last month, the Republican-dominated state legislature stripped Hobbs of her authority to handle election-related lawsuits, handing it instead to Brnovich as part of a recent piece of budget legislation. The bill claims to address "election integrity" in the state's election system, although there has been no evidence that the official results in Arizona were flawed.

Hobbs said the legislative measure was "was unlike anything I have ever seen before," adding: "The sheer amount of policy issues that were tacked on to the budget in the middle of the night is a shocking abuse of power."

Over the past months, the Arizona election audit has significantly raised both Hobbs' and Brnovich's national profiles. Last month, the secretary of state announced her plans to run for governor, presumably against Republican incumbent Doug Ducey. Brnovich, meanwhile, plans to run for U.S. Senate against Democratic incumbent Sen. Mark Kelly.

Brnovich recently defended the Grand Canyon State's controversial voting laws before the U.S. Supreme Court. These laws, which ban the use of provisional ballots and "ballot harvesting" in most instances, have been attacked by voting rights advocates as efforts to suppress Black and Latino voters.