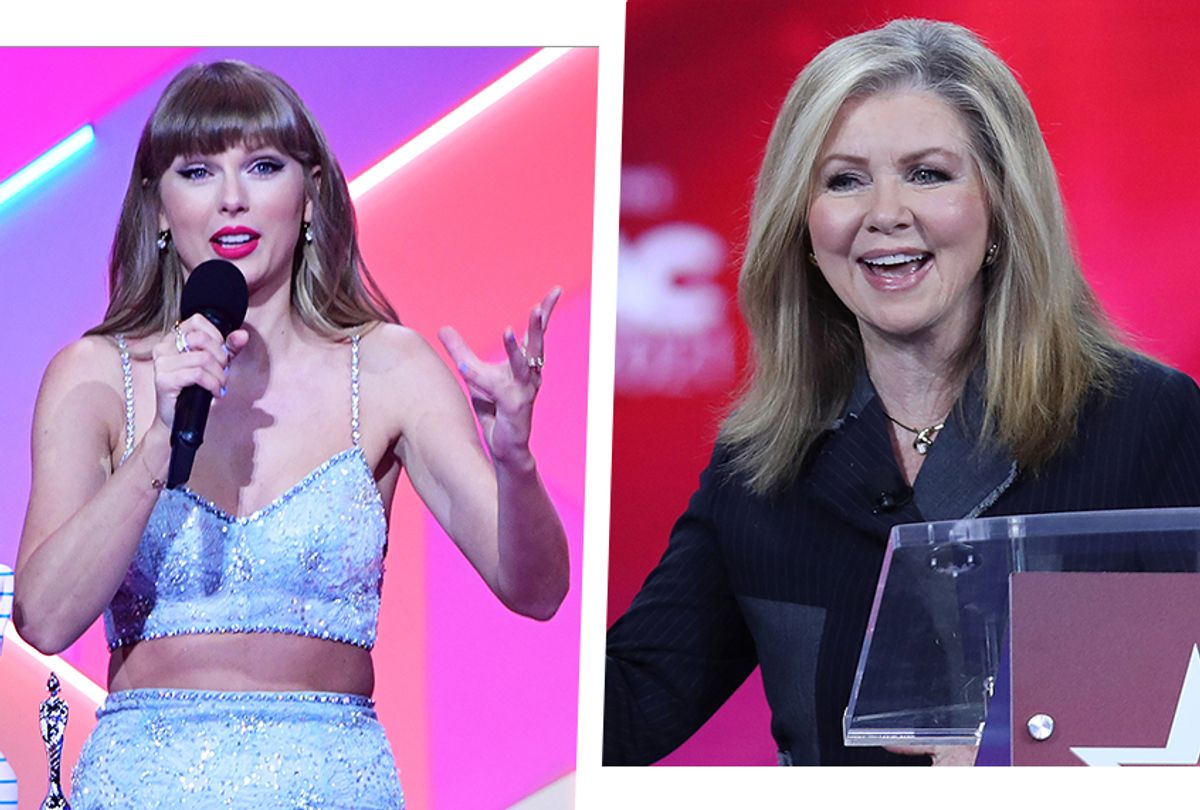 Blackburn also insisted entertainers like the "Shake it Off" singer would suffer in a Marxist, socialist-driven society. "If we have a socialistic government, if we have Marxism, you are going to be the first ones who will be cut off because the state would have to approve your music," she said.

"When you look at Marxist socialistic societies, they do not allow women to dress or sing or be on stage or to entertain or the type of music she would have," Blackburn said. "They don't allow protection of private intellectual property rights."

She added, "Taylor Swift came after me in my 2018 campaign, but Taylor Swift would be the first victim."

Sen. Marsha Blackburn continues her running feud with Taylor Swift, warning her that if we have a "socialistic govt," the state would have to "approve her music," and won't "allow women to dress, or sing, to be on stage, or entertain." pic.twitter.com/HGXziiai8K

Blackburn's latest remarks follow Swift's criticism of the lawmaker. In an Instagram post shared in 2018, Swift noted Blackburn's voting record as she explained why she would not support her.

"As much as I have in the past and would like to continue voting for women in office, I cannot support Marsha Blackburn," Swift wrote at the time.

"Her voting record in Congress appalls and terrifies me. She voted against equal pay for women. She voted against the Reauthorization of the Violence Against Women Act, which attempts to protect women from domestic violence, stalking, and date rape. She believes businesses have a right to refuse service to gay couples. She also believes they should not have the right to marry. These are not MY Tennessee values."

Back in 2020, Swift also took a subliminal jab at Blackburn during her Netflix documentary "Miss Americana." Sharing her reaction to Blackburn's Senate victory, Swift said, "She gets to be the first female senator in Tennessee, and she's Trump in a wig."