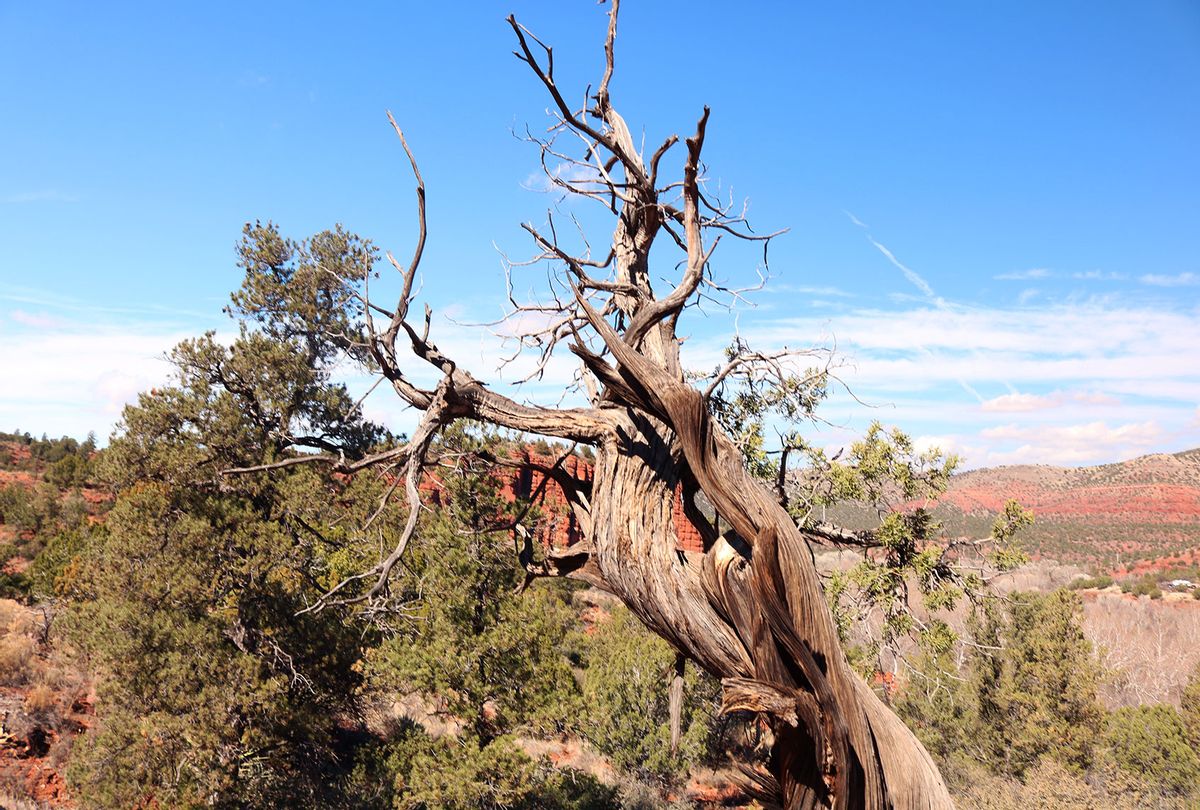 Like humans, trees need water to survive on hot, dry days, and they can survive for only short times under extreme heat and dry conditions.

During prolonged droughts and extreme heat waves like the Western U.S. is experiencing, even native trees that are accustomed to the local climate can start to die.

Central and northern Arizona have been witnessing this in recent months. A long-running drought and resulting water stress have contributed to the die-off of as many as 30% of the junipers there, according to the U.S. Forest Service. In California, over 129 million trees died as a consequence of a severe drought in the last decade, leaving highly flammable dry wood that can fuel future wildfires.

Firefighters are now closely watching these and other areas with dead or dying trees as another extremely dry year heightens the fire risk.

What happens to trees during droughts?

Trees survive by moving water from their roots to their leaves, a process known as vascular water transport.

Water moves through small cylindrical conduits, called tracheids or vessels, that are all connected. Drought disrupts the water transport by reducing the amount of water available for the tree. As moisture in the air and soil decline, air bubbles can form in the vascular system of plants, creating embolisms that block the water's flow.

The less water that is available for trees during dry and hot periods, the higher the chances of embolisms forming in those water conduits. If a tree can't get water to its leaves, it can't survive. 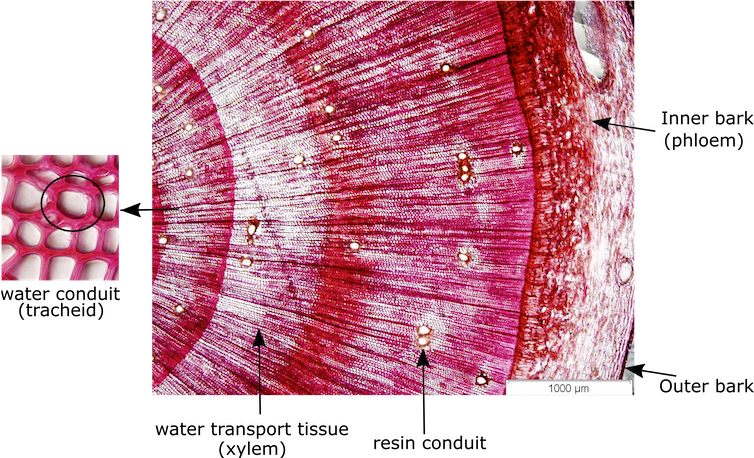 Some species are more resistant to embolisms than others. This is why more pinon pines died in the Southwest during the drought in the early 2000s than juniper – juniper are much more resistant.

Drought stress also weakens trees, leaving them susceptible to bark beetle infestations. During the 2012-2015 drought in the Sierra Nevada, nearly 90% of the ponderosa pines died, primarily due to infestations of western pine beetles.

Although fire is beneficial for fire-prone forests to control their density and maintain their health, our research shows that trees under drought stress are more likely to die from fires. During droughts, trees have less water for insulation and cooling against fires. They may also reduce their production of carbohydrates – tree food – during droughts, which leaves them weaker, making it harder for them to recover from fire damage.

Trees that suffer trunk damage in a fire are also less likely to survive in the following years if drought follows. When trees have fire scars, their vascular conduits tend to be less functional for water transport around those scars. Traumatic damage to the vascular tissue can also decrease their resistance to embolisms.

What does this mean for future forests?

Trees in Western forests have been dying at an alarming rateover the past two decades due to droughts, high temperatures, pests and fires. As continuing greenhouse gas emissions warm the planet and drive moisture loss, increasing the frequency, duration and intensity of droughts, research shows the U.S. and much of the world will likely witness more widespread tree deaths.

The impact that changing drought and fire regimes will have on forests farther in the future is still somewhat unclear, but several observations may offer some insight.

There is evidence of a transition from forests to shrublands or grasslands in parts of the Western U.S. Frequent burning in the same area can reinforce this transition. When drought or fire alone kills some of the trees, the forests often regenerate, but how long it will take for forests to recover to a pre-fire or pre-drought condition after a large-scale die-off or severe fire is unknown.

In the past decade, the Western U.S. has witnessed its most severe droughts in over 1,000 years, including in the Southwest and California. A recent study found subalpine forests in the central Rockies are more fire-prone now than they have been in at least 2,000 years.

If there is no change in greenhouse gas emissions, temperatures will continue to increase, and severe drought stress and fire danger days will rise as a result.

Daniel is an Assistant Professor of Tree Physiology and Forest Ecology and the University of Georgia.