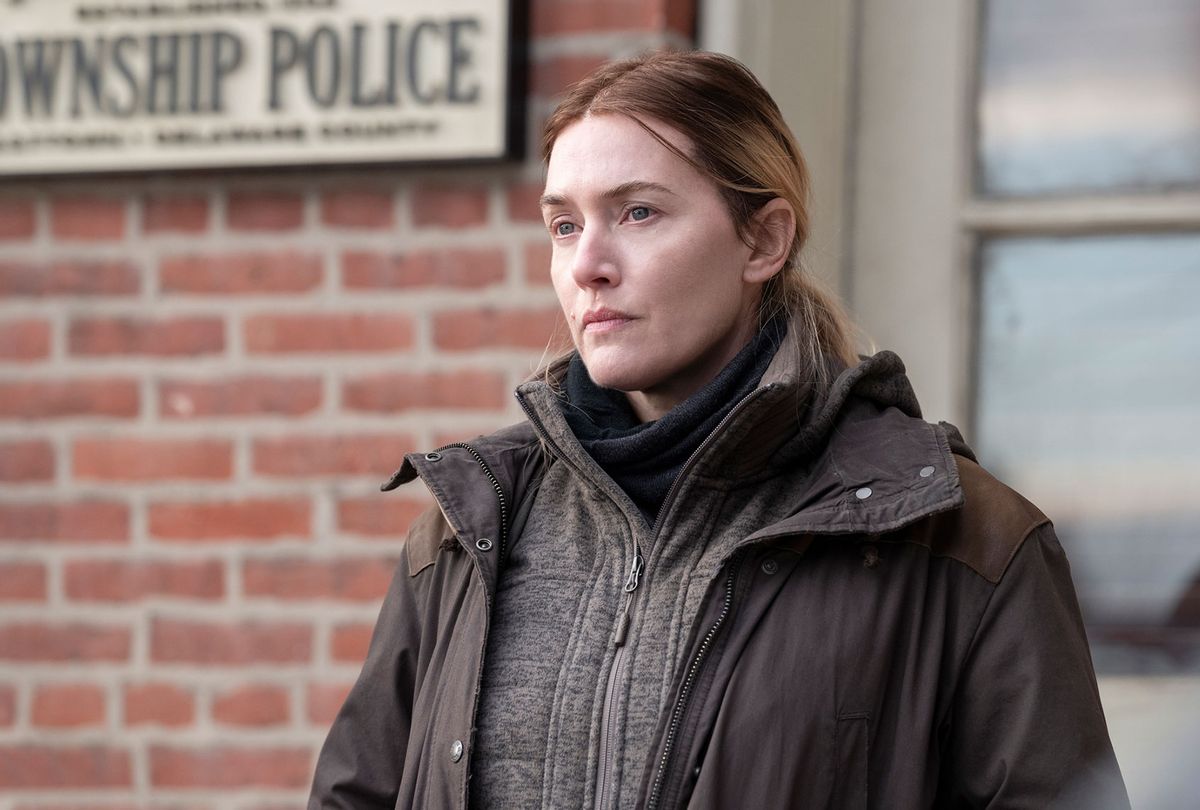 The murder investigation hits another dead end. Tired and frustrated, the detective stomps out of the station. She stares into the middle distance, forcefully sucking on a vape and expelling smoky puffs. Actor Kate Winslett has smoked on screen before, but not like this.

The tobacco and entertainment industries have long and tangled histories — including product placement in movies, television sponsorships and promotional relationships with glamorous Hollywood stars. In 2012, the U.S. Surgeon General's report found "a causal relationship between depictions of smoking in the movies and the initiation of smoking among young people."

Now new forms of nicotine consumption are being reflected in popular culture. Is vaping in movies and television merely a case of history repeating or something else entirely?

From Humphrey Bogart's hardboiled detective roles in the 1940s through teen rebels like James Dean and Olivia Newton-John in Grease to Sharon Stone's femme fatale in the 1990s, smoking was a constant sight for cinema-goers until recently. Then attitudes and policies began to change in line with health warnings and government regulations.

While some major tobacco companies state they no longer pay for or allow their tobacco brands to appear on screen, depictions of smoking remain relatively common, including in global streaming service content with high youth viewership.

Now vaping is also being depicted in films and on television.

Researched since the 1930s but first commercialised in 2003, e-cigarettes were designed to look like cigarettes, cigars, pipes, pens or memory sticks. As told in the podcast The Vaping Fix, battery-operated products like Juul were proposed as a safer form of smoking. They are emerging as far from harmless. In Australia it is illegal to sell e-cigarettes containing nicotine.

The increasing popularity of e-cigarettes, vaping devices, and heated tobacco has seen these products appear in popular movies and television shows.

One of the earliest on-screen examples of e-cigarette use is from the 2010 film, "The Tourist," which features Johnny Depp's character using an electronic cigarette on a train.

Kevin Spacey's character vapes in a luxe room in the second season of "House of Cards."

In 2014, a Canadian e-cigarette company reportedly paid for its product to be used by the female lead, played by Milla Jovovich, in the film adaption of "Cymbeline."

At first glance it seems the vaping industry is simply repeating the highly successful tobacco marketing strategies of the past.

Since these early examples of e-cigarette use on screen, the global tobacco industry has become heavily invested in vaping products and their promotion. Exposure to vaping depictions and imagery on social media platforms is rife and includes paying high profile users to promote e-cigarettes and tobacco products.

On 29 June 2021, e-cigarette maker Juul, of which tobacco giant Altria (parent company of Philip Morris USA) has a 35% share, agreed to pay the US state of North Carolina $40 million for allegedly marketing to teenagers.

From glamour to gritty

In contrast to early cinematic cigarette smoking, vaping in the critically acclaimed and popular television series, "Mare of Easttown," is depicted as less than glamorous.

Kate Winslet stars as the titular character. Mare is a small-town detective who is haunted by family tragedy and is part of a community affected by drug use, violence, limited health and social services, and poverty. She vapes in scenes of high stress and to escape conflict situations.

While Mare is a highly sympathetic character, her vaping is depicted as an addiction, not as an aspirational activity. (Insiders say the vape was a prop only and didn't contain nicotine or tobacco.)

Mare also smokes a cigarette in the series which is a realistic portrayal, as nearly 40% of U.S. adult e-cigarette users also smoke. Her smoking is not depicted as desirable or fashionable and the series' themes make it decidedly adult viewing.

This stands in stark comparison to previous Winslet roles. In the 1997 film "Titanic," her Rose character smokes using a slender cigarette holder while in the elegant dress and surrounds of the luxury cruise liner.

Other high-profile recent portrayals of vaping on screen include Rosamund Pike's character, Marla, in the film, "I Care a Lot." Her character has previously run a failed vape business.

There is no evidence or suggestion the vaping in "Mare of Easttown" or "I Care a Lot" is directly sponsored by the vaping or tobacco industry. These particular depictions may accurately reflect the reality of vaping and its growing popularity.

Can we regulate it?

Given Australia's strict regulation of vaping products, including advertising restrictions and a ban on the retail sale of any devices that contain nicotine, no paid vaping product placement would be permissible in content that is produced in Australia. However, much of the media and entertainment content viewed in Australia is not made here.

Similarly, while paid tobacco placement or sponsorship of media content produced within Australia would be a violation of the Tobacco Advertising Prohibition Act 1992 Act, it does not prevent content made overseas, that may contain paid promotions, from being distributed here.

Tobacco depictions, even those that glamorise or promote smoking, are permissible provided these is no support or payment by the tobacco industry. Tobacco use may be considered though by the Australian Classification Board when assigning a classification rating.

Several policy solutions have been proposed to reduce smoking depictions on screens and these could equally apply to vaping depictions. They include adult ratings on content that depicts use, certifying that no payoffs were received for vaping depictions and not making vaping brands identifiable on screen.

With the smoking and media landscape changing, it is critical Australia keeps pace with a ban on the advertising and promotion of all tobacco and vaping products.