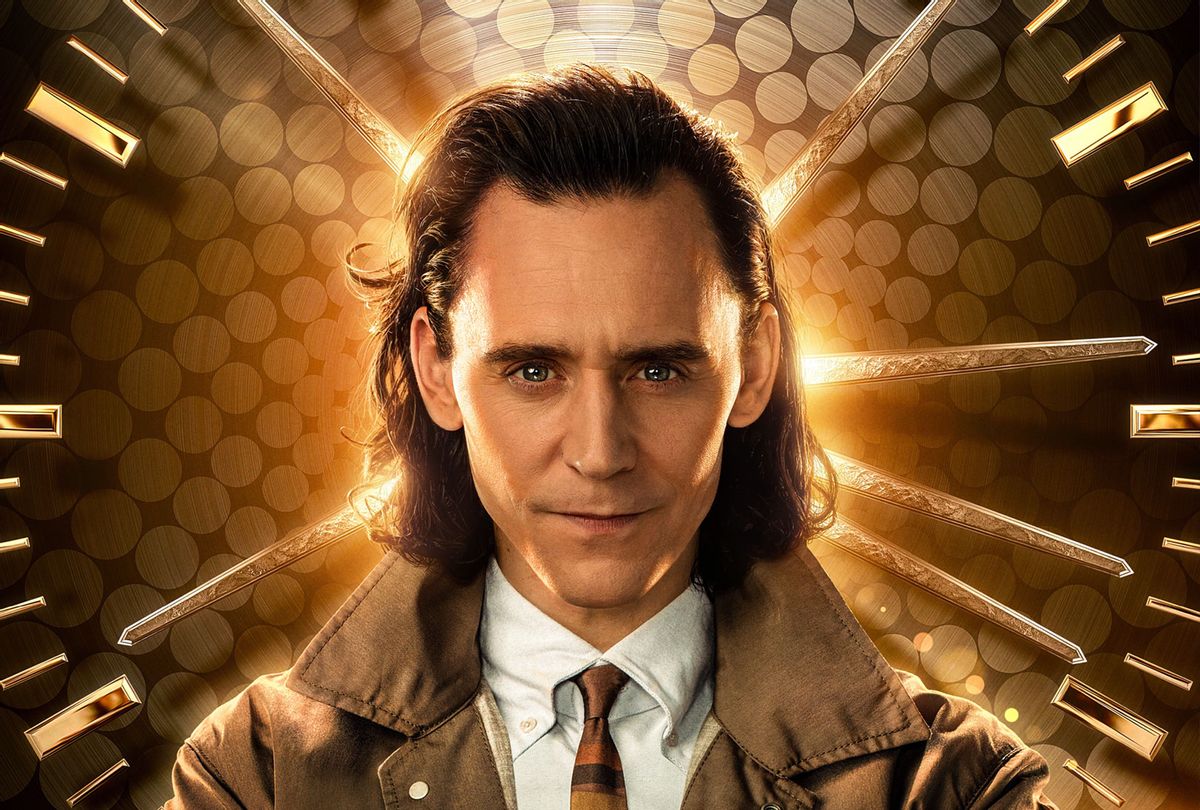 British actor Tom Hiddleston is best known for his tenured portrayal of Loki, Thor's morally compromised brother in the Marvel Cinematic Universe. Hiddleston's God of Mischief is so popular that a spin-off series, "Loki," just arrived on Disney+.

As enjoyable as Hiddleston's performance is, there's more to him than his interpretations of Greek-Marvel mythology. Take a look at some facts on the actor's life and career. (Mild spoilers for "Loki" below!)

Hiddleston was born in Westminster, London, England, on February 9, 1981, to physicist James Hiddleston and casting director Diana Hiddleston. It was arts, not science, that Hiddleston gravitated toward, observing his mother's work in live theater. While attending Eton College and learning about performing, Hiddleston said that his last name encouraged classmates to refer to him by an unflattering nickname.

"Very soon after I arrived I got the nickname 'Piddle,'" he told Graham Norton in 2020. "The boys made up the rhyme, 'Hiddle Piddle did a widdle in the middle of the night.'" Among those who may have accused Hiddleston of doing a widdle was Eddie Redmayne, a classmate who went on to have his own successful acting career (including a Best Actor Oscar in 2015 for his portrayal of Stephen Hawking in "The Theory of Everything").

Hiddleston appeared in plays at both Eton College and the University of Cambridge and then spent several years in theater. He graduated from the Royal Academy of Dramatic Art in 2005. Theatergoers saw him in "Cymbeline" and "Othello," among other plays.

It was on stage that Hiddleston first met Kenneth Branagh, an acclaimed actor and director who was preparing to helm 2011's "Thor." Despite scant screen credits, Branagh selected Hiddleston to be the villain—a role that's lasted for a decade and counting.

3. Tom Hiddleston wanted to be Thor.

While "Thor" was a huge break for Hiddleston, the actor actually had his sights set on playing the God of Thunder. Hiddleston even did a screen test with a long, flowing wig and a buffed-up physique. In fact, Thor was the only audition he did for the movie before being cast as Loki, which Branagh felt would fit his mischievous sense of humor better. You can watch the somewhat surreal footage above.

4. Tom Hiddleston didn't know Loki would be a longtime gig.

When he was cast in "Thor," Hiddleston wasn't totally aware of Marvel's plan of interconnected, serialized storytelling. "I was like, 'Excuse me?'" he told Entertainment Weekly in 2021. "Because [Marvel Studios president Kevin Feige] was already three, four steps ahead. That took me a few minutes to process, because I didn't quite realize how it just suddenly had a scope. And being cast as Loki, I realized, was a very significant moment for me in my life, and was going to remain. The creative journey was going to be so exciting."

It was also intended to be brief. Loki's run was supposed to end in death in 2013's "Thor: The Dark World," but test audiences vetoed the character's demise, believing he was too much of a slippery villain to be done in so easily. And while Loki technically died in 2018's "Avengers: Infinity War," some time travel has him alive and well in the "Loki" series.

5. Tom Hiddleston operated a "Loki School" for cast and crew.

When it was time to shoot "Loki," director Kate Herron decided to pick the brain of the man who knows him best — Hiddleston. The actor prepared a presentation that went over the character's onscreen history, his traits, and even screened clips from the films he thought would be helpful. "I suddenly found myself feeling extremely nervous, as if I was some amateur academic giving a thesis on Loki," he told The Verge in 2021. "You'll have to ask the others if it was useful at all. But at least we synchronized watches and we were starting from the same place."

Ever a pragmatic thinker, Hiddleston's father, James, had trouble understanding his son's acting ambitions. "He was genuinely worried that I would be bored and unfulfilled," Hiddleston told The Telegraph in 2014. "Acting was completely other from anything he knew and he just couldn't see that it was a real job." Hiddleston eventually explained that on "Thor," his schedule was grueling. "He's seen that it takes six months to make a 'Thor' film. I've described my working process to him; the fact that, some days, I get up at four in the morning and don't get home until nine at night, and he has absolutely acknowledged that that's real work."

7. Tom Hiddleston can do a fantastic horse impression.

Like a number of actors, Hiddleston can slip into other personas with uncanny accuracy. Among the impressions he's done in public: Owen Wilson, Chris Evans, Alan Rickman, the horse from the 2011 film "War Horse," and a Velociraptor. You can see Hiddleston's many faces above.

8. Tom Hiddleston is a UNICEF ambassador.

For years, Hiddleston has represented UNICEF UK as an ambassador, raising awareness of the humanitarian crisis in Guinea and South Sudan. He traveled to Guinea in 2013 and South Sudan in 2016 and 2017. "Everywhere there is inequality, everywhere there is division, and I worry about it," the actor told Interview magazine in 2016. "I think everybody does. I wish we could be decent to each other. And I've thought a lot about whether I have a responsibility to stand up for what I believe in because I have a platform, because I have a voice. There is a red line where you do have to stand up for these children. They haven't asked for this. And, by the way, I am so profoundly aware of my lack of skill to make any material difference. I am not a doctor. I can't influence foreign policy. I can't build schools. I can't chemically engineer the protein paste that helps people with acute malnutrition. But I can talk about it, and so can you."