A snack is not worth a trip to the dentist 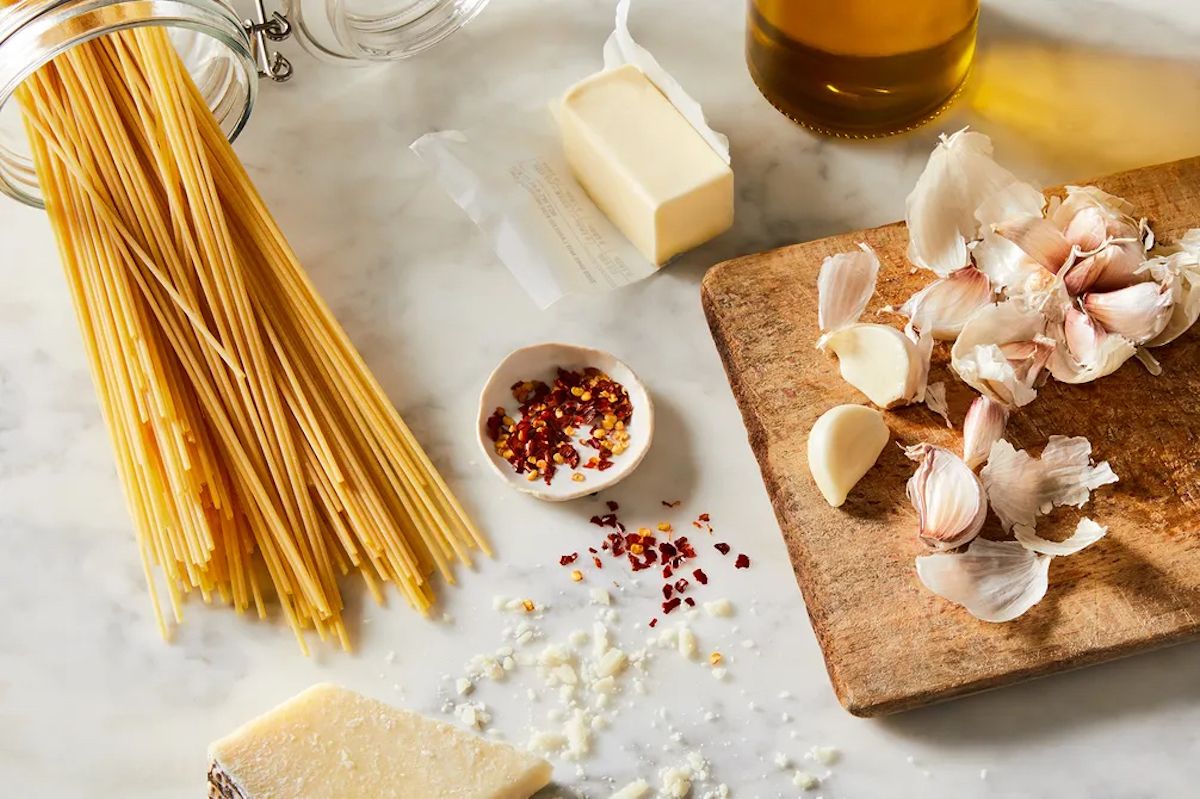 OK, by this point, y'all must know the drill: someone on TikTok does something weird with pasta, people endlessly riff on the original, the internet reacts, and then, well, I write about it. It's happened before and, trust me, it'll happen again.

Just last week, the newest pasta craze took off on TikTok. Is it as weird as honeycomb pasta or pasta served straight on the kitchen counter? Who's to say. What this new take on pasta does promise is a bowl of crispy, crunchy pasta . . . chips? That's what they're being called at least.

Let's rewind. It all started back in April when TikTok user Emily Chan (@bostonfoodgram) took a semi-cooked bowl of farfalle pasta, tossed it with onion and garlic powders, parmesan, and olive oil before slipping the whole affair into her air fryer. What emerged was a tray of slightly browned, lightly crisped pieces of pasta. Is this what Italians mean when they say al dente? She served them on a dish alongside a dipping bowl of marinara sauce.

From there, the recipe only picked up steam. Joanne Molinaro, aka The Korean Vegan, made a version with ramyeon. Evan Martin (@theflavors) gamed the system and used lasagna sheets. (Wouldn't this qualify as pasta cracker instead?) Jake Cohen hopped on the trend, making a version that could best be described as top-only baked ziti. For his rendition he baked a sheet pan of cooked rigatoni until lightly browned, topped it with marinara, ricotta, and pesto, before tossing it all back in the oven. This recipe, he claims, is "not for the faint of jaw."

I obviously had to put pasta chips to the test. For the sake of variability and in the name of unfettered scientific experimentation, I decided to try with three pasta varietals: spaghetti, fusilli and tiny penne. The directions, at their most basic, are relatively simple, so I thought for my first foray into the world of pasta chip-making, I'd keep it classic and forgo extra sauce or seasoning. I boiled the three different shapes until they were each almost cooked. Then I tossed them into a bowl with some olive oil, a few shakes of freshly grated cheese, salt, and the requisite spices.

Now, because I don't have an air fryer, I had to use an oven instead. To approximate the effects of an air fryer, I used the convection setting and made sure to move the pasta around so it was evenly toasted on all sides. When it seemed somewhat ready I took out the chips and let them cool. And here, reader, is where it all went downhill. Of all the TikTok "recipes" that I've tried (which is many, as it's my job), I have to say this is my absolute least favorite.

I really hate to be a Debbie Downer, and I like to give every trend a fair chance, but this one for me was a bit beyond the pale. Pasta is special for the way it bounces ever so lightly in your mouth with each bite, the way it wears a sauce like a glossy jacket, and the way it stacks (or swirls!) around your fork. Pasta chips strip the experience of eating pasta of all that makes it good. Instead, you're left with a plate of crunchy pieces of dry and lightly oiled pasta that crackle between your teeth. Now, crunch is good. Crunch is great, even! But let's leave that to the real chips, why don't we?

Pasta with a deep red tomato sauce may be one of the most sensual foods around, but pasta chips are like a trip to the dentist. In fact, that's what I think I need after finishing a plate of them.