"Like too many other U.S. policies targeting Latin Americans, the cruelty is the point" 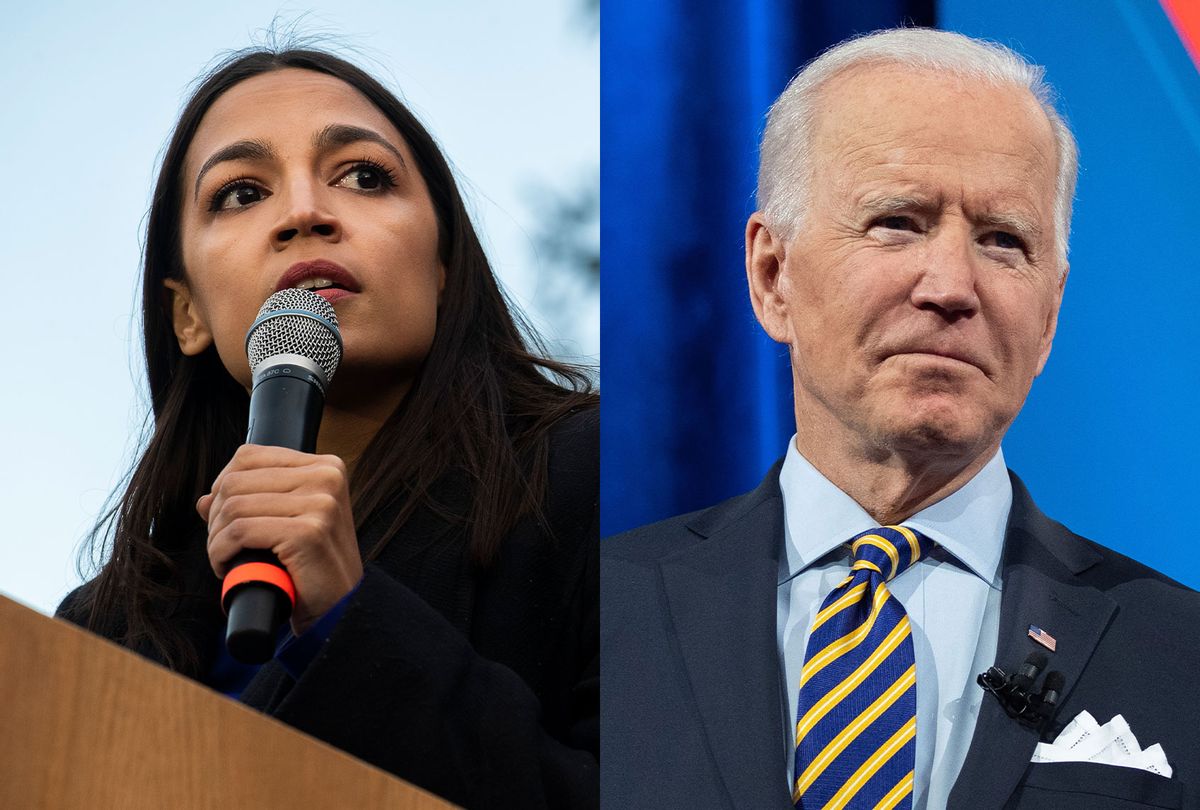 In a press release shared through her Twitter account, Ocasio-Cortez expressed solidarity with the marchers who took to the island nation's streets to protest the food and medicine shortages, economic inflation, and blackouts that have rocked the island over the course of the COVID-19 pandemic.

"We condemn the anti-democratic actions led by President [Miguel] Díaz-Canel," the statement said, referring to the head of Cuba's communist government. "The suppression of the media, speech and protest are all gross violations of civil rights."

But Ocasio-Cortez also took aim at what she calls "the U.S. contribution to Cuban suffering: our sixty-year old embargo."

"The embargo is absurdly cruel and, like too many other U.S. policies targeting Latin Americans, the cruelty is the point," the statement read. "I outright reject the Biden administration's defense of the embargo. It is never acceptable for us to use cruelty as a point of leverage against everyday people."

We stand in solidarity with the Cuban people and condemn the suppression of the media, speech and protest.

We also call for an end to the U.S. embargo and additional Trump-era restrictions that are profoundly contributing to the suffering of Cubans. pic.twitter.com/Fw6Quv5TAN

After the Cuban Revolution in 1959, the United States passed a series of trade and travel restrictions that critics argue has economically crippled the nation. President Barack Obama began to gradually roll back certain restrictions during his two terms in office, but most of the embargo was restored under the Trump Administration. While Biden has expressed a willingness to ship COVID-19 vaccines to Cuba, he has not explicitly stated that he would rescind the Trump era restrictions.

The statement from Ocasio-Cortez, who is a member of the Democratic Socialists of America, stands out from statements made by left-wing organizations like DSA and Black Lives Matter, which also call for the end of the embargo but do not criticize Díaz-Canel or Cuba's authoritarian government.

"We look to President Biden to end the embargo, something Barack Obama called for in 2016," a statement released via Black Lives Matter's Instagram said. "This embargo is a blatant human rights violation and it must come to an end."