Got broccoli? Don't toss the stalks

Broccoli stalks are as down-to-party as florets, even if they are not treated as such 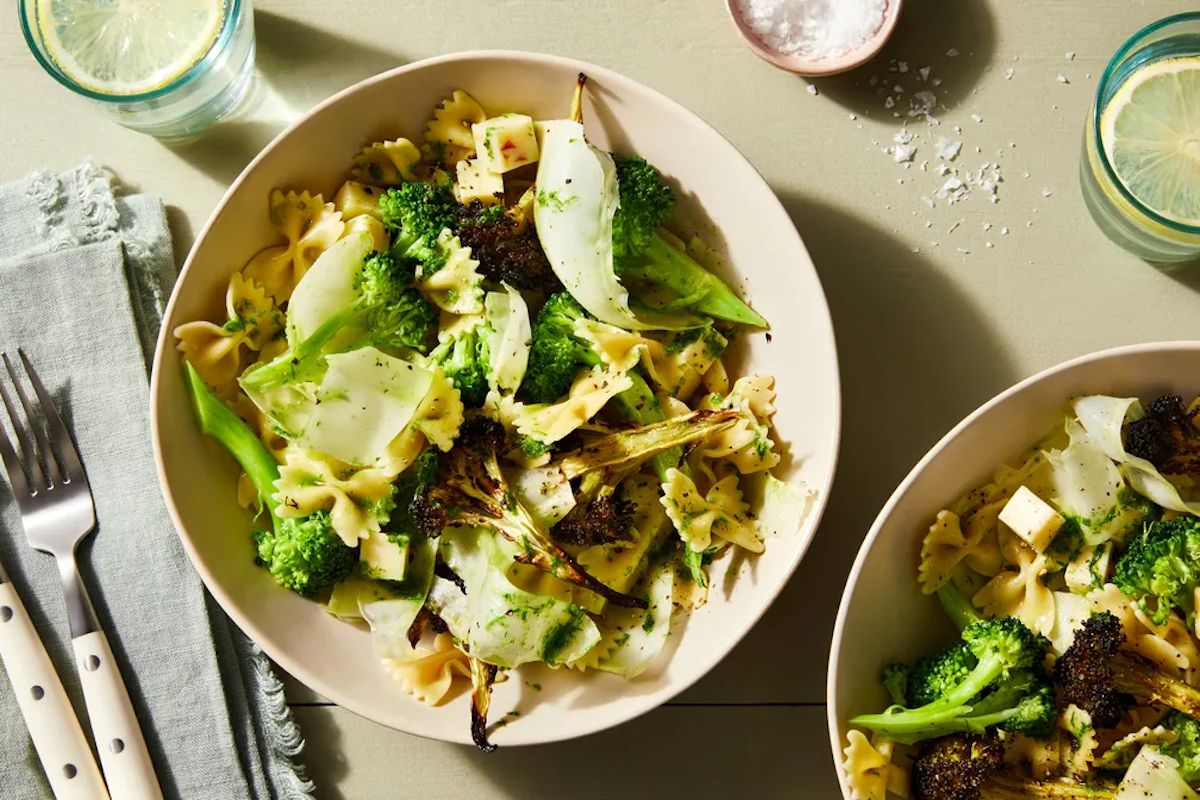 Raise your hand if you've ever thrown away a broccoli stalk. Go on. No one's looking.

Nowadays, this part of the vegetable is often seen as a scrap. Look no further than the supermarket, where the produce aisle boasts broccoli crowns and microwaveable bags of florets, as if the stalks are an inconvenience.

They are not. In fact, they used to be the whole shebang. As Kenneth F. Kiple and Kriemhild Coneè Ornelas put it in "The Cambridge World History of Food," "Like all cabbages, broccoli was originally eaten for its stems, with the flowering heads a later development."

Indeed, broccoli stalks are as down-to-party as florets, even if they are not treated as such. After their fibrous outer layer is trimmed and tossed, they can be sizzled with anchovies and garlic. Or tossed with feta and raisins. Or, as we're doing today, put toward a superlative broccoli pasta salad that is more broccoli than pasta.

This, I've found, is the secret to any pasta salad good enough to bring to a picnic and later get a text from a friend asking for the recipe: The pasta must be self-assured enough to stand back and let the mix-ins steal the show, like Katy Perry and Left Shark at the 2015 Super Bowl.

Usually this show-stealing happens with respect to quantity. Take, for example, this Genius pasta salad from Cook's Illustrated. There is pasta, and then there is arugula, basil, tomatoes, olives, salami, mozzarella, pepperoncini, and a caper-chile-anchovy dressing. The pasta is outnumbered. And it's all good with that.

But quantity can come into play in another way. In this recipe, beyond the pasta, you need only three other ingredients: broccoli, chives, and Pepper Jack (plus Big Little staples oil and salt). But the amount of broccoli is — how do I put this? — audacious. You start with half a pound of bow ties, then invite four times the amount of broccoli.

The stalks are shaved into ribbons with a vegetable peeler, or sliced and diced with a knife, dealer's choice. Some florets take a dip in boiling water, where they become buttery and savory. The rest are tossed with oil and salt, then chucked into an aggressive oven, where, eventually, they resemble potato chips more than anything else.

Tossed with a glowy-neon chive oil and unshy amount of cheese, the result is a broccoli pasta salad to write home about. Or maybe it should be called a pasta broccoli salad? Not that such a technicality matters when you're sitting in a park, drinking wine in the afternoon sun.