Did Trump's Department of Justice slow-walk the charges against Tom Barrack? 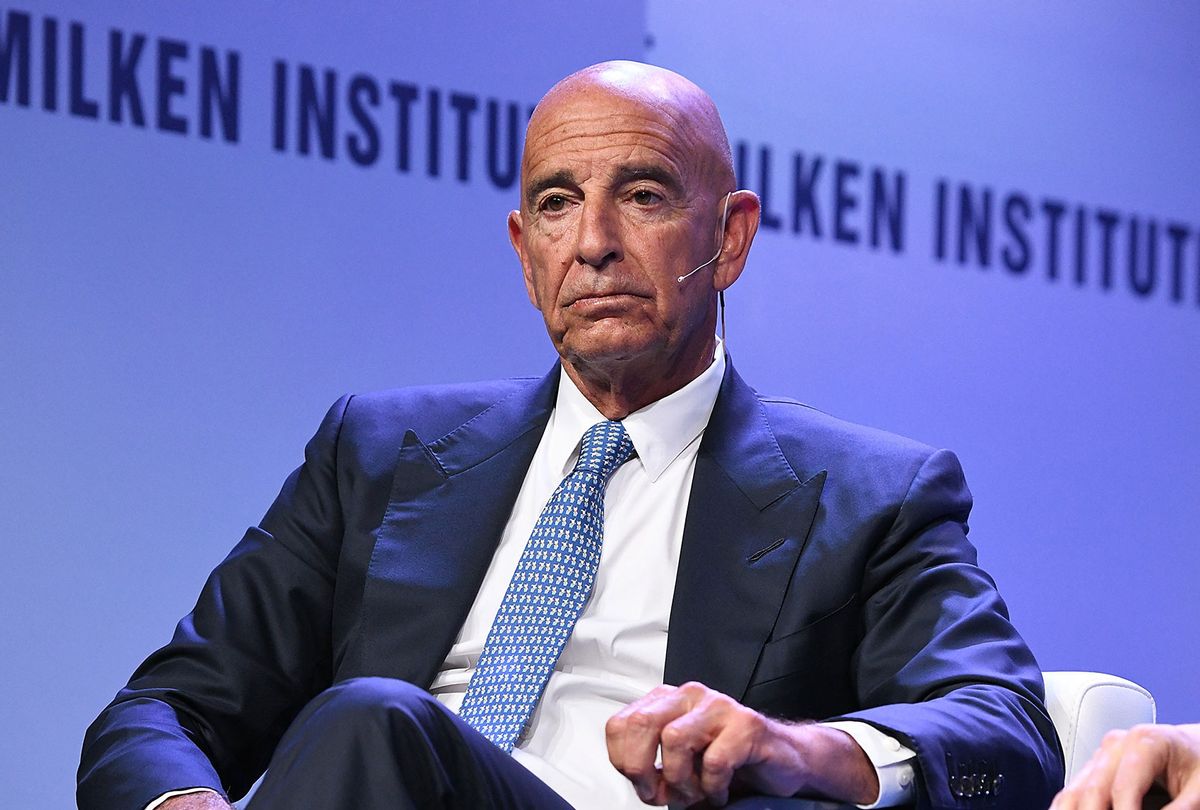 Thomas Barrack, a private equity investor and a former adviser to former President Donald Trump, was arrested on Tuesday on charges of illegally lobbying for Trump's 2016 presidency on behalf of the United Arab Emirates.

Barrack, along with others, has been accused of attempting to advance the UAE's political interest by influencing Trump's foreign policy decisions from 2016 to 2018, effectively operating as a foreign agent for the U.S. ally. Barrack also stands accused of obstructing justice and making false claims to law enforcement back in June 2019. The charges, however, come more than two years later, leading to questions about the case potentially being bottled up in the Justice Department under the Trump administration.

As his indictment formally states, the ex-official "advance[d] the interests of and provide[d] intelligence to the UAE while simultaneously failing to notify the Attorney General that their actions were taken at the direction of senior UAE officials."

During his time advising Trump and a number of other U.S. officials on foreign policy decisions, Barrack also reportedly pursued the role of America's special envoy to the UAE.

According to federal prosecutors, the body of evidence against Barrack is "overwhelming," and includes a trove of damning emails, text messages, social media activity, iCloud records, and flight records. The indictment noted that Barrack specifically "provided UAE government officials 'with sensitive non-public information about developments within the Administration, including information about the positions of multiple senior United States government officials with respect to the Qatari blockade conducted by the UAE and other Middle Eastern countries.'"

Prosecutors also noted that the former official, who was slapped with a seven-count indictment, met with numerous senior officials from the Kingdom of Saudi Arabia, an ally of the UAE's.

Aside from Barrack, federal prosecutors have also charged Matthew Grimes (an employee of Barrack's private equity firm) and Sultan Rashid Al Malik Alshahhi, a UAE national, of working against U.S. interests on behalf of the UAE.

"On multiple occasions, Barrack referred to [Al Malik] as the UAE's 'secret weapon' to advance its foreign policy agenda in the United States," the Justice Department said in a press release.

On Tuesday, prosecutors designated Barrack as a significant flight risk, calling him "an extremely wealthy and powerful individual with substantial ties to Lebanon, the UAE, and the Kingdom of Saudi Arabia."

Examples of Barrack's objectionable work for the UAE abound, according to court filings. Back in 2016, for example, the ex-Trump official inserted pro-UAE talking points into a Trump campaign speech regarding U.S. energy policy. Barrack also made numerous TV appearances over the years advancing UAE's interests. Following one appearance, Barrack told Alshahhi over email, "I nailed it. . . for the home team," referring to the UAE.

Barrack, 74, was arrested in Los Angeles and made his first court appearance on Tuesday afternoon. Prosecutors have asked for the ex-official to be held in federal custody and transported to New York City so he can appear before a judge in a Brooklyn court bail hearing.

According to the case's leading prosecutor, Mack Jenkins, the statute with which Barrack was charged is used "very infrequently."