In "The Reason for the Darkness of the Night," John Tresch links Poe and the forging of American science 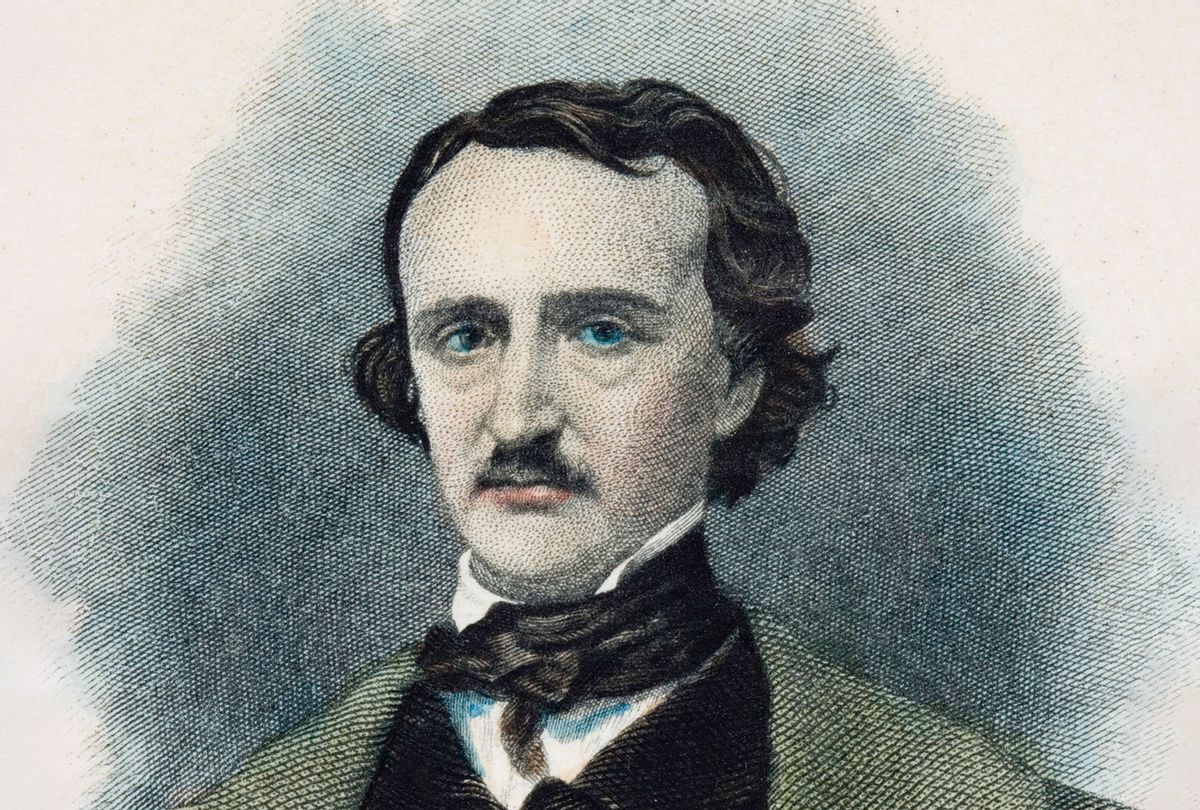 "SCIENCE!..." opens a poem started in the late 1820s by a youthful Edgar Allan Poe and revised throughout his life. "Why prey'st thou upon the poet's heart, Vulture! Whose wings are dull realities!" Poe, a soon-to-be West Point cadet studying mathematics, geometry, and engineering, goes on mournfully: "How should he love thee — or how deem thee wise…?"

Past interpreters have read this "Sonnet — To Science" as a standard romantic attack on the disenchanting effects of objective inquiry, then a growing force in the young republic. In a world dissected and reduced to mechanisms by the rational eye of science, how are wonder and mystery, the provinces of the poet, to survive?

But as historian of science John Tresch argues in his new biography of Poe, "The Reason for the Darkness of the Night," there's another way to read the poem and indeed Poe, whose beloved phantasmagorical tales have influenced writers from Paul Valéry and Joseph Conrad to Stephen King and Jordan Peele: Far from an attack on science, writes Tresch, the poem might be read as Poe's call to unite the projects of the poet and the scientist, to "stay true to science's specific form of wisdom, without being destroyed by it."

Tracing the entanglements Poe had with science through his turbulent life, many of them overlooked by past biographers, Tresch, a professor at the Warburg Institute at the University of London, presents a convincing case that grappling with the consequences of scientific knowledge was the central project of Poe's work. He also finds in Poe's enigmatic stories and mystical verse a kind of conscience against scientific hubris, and a model for anyone who looks to science as a source of imaginative power.

Along the way, Tresch offers a heady portrait of the crackpot theories, unscrupulous press, and genuine science taking shape around Poe in antebellum America, all of it material for this master of the uncanny and the weird. As quoth Poe: "The simple truths which science unfolds, day after day, are in fact, far stranger, apparently, than the wildest dreams."

To make his case for the centrality of science in Poe's career, Tresch follows Poe year by year from his aristocratic upbringing in Richmond, Virginia through his rise and eventual downfall in the rancorous literary circles of Baltimore, New York, and Philadelphia. Wherever possible, Tresch takes detours when Poe's life intersects with key events and characters in the "forging" of American science, focusing especially on the creation of scientific institutions like the Smithsonian Institution and the American Association for the Advancement of Science.

The result is a sweeping, if often tangential, view of the carnivalesque scientific milieu in which Poe crafted some of his most beloved and most forgotten works, including, we learn, a scientific textbook about shells. Incredibly, "The Conchologist's First Book, Or, A System Of Testaceous Malacology," was Poe's bestselling work during his life, outperforming classics like "The Narrative of Arthur Gordon Pym of Nantucket," "The Masque of the Red Death," and even "The Raven." (Other historians have pointed out that while Poe — likely due to his popularity — was listed as the sole author of the shell book, his role was more editorial; the book itself was originally written by the scientist Thomas Wyatt.)

But the shell book was just one of Poe's more explicit run-ins with science. Tresch picks up the scientific signal across Poe's work and life, finding it nearly everywhere he looks.

Born in 1809 (the same year as Charles Darwin), Poe studied at the science-oriented University of Virginia before tensions with his foster father forced him to leave. He joined the U.S. Army, which Tresch points out was then "the nation's most reliable body for technical knowledge," where he oversaw ammunition supplies and equipment, and worked on his poetry, including a long poem inspired by the astronomical observations of Tycho Brahe.

After two years, Poe left to seek a commission at West Point, which he gained, only to be thrown out in under a year for skipping class, again due to family drama. Though relatively brief, Tresch argues that this exposure to technical and scientific knowledge while at West Point "decisively shaped [Poe's] career as a poet, critic, and author."

Out of West Point, and cut off from his family's financial support, Poe went to Baltimore in 1831, where he struggled to make ends meet selling his writing. After returning to Richmond, Poe secured a position as editor of the Southern Literary Messenger and began to build his name as an incisive critic and provocative author "tinkering with the springs and motive powers of the American system of literature." For the rest of his life, Poe would zigzag between similar editorial roles and other publishing schemes, struggling despite his growing fame to achieve financial and mental stability. In 1849, he died in a delirium — possibly related to alcohol — in Baltimore. He was 40.

But running through this chaotic career, Tresch traces a clear scientific thread: Poe published reviews of works of popular science and technical manuscripts, and engaged in disputes on scientific issues ranging from the formation of nebulae to cryptology. He also weighed in on the rampant quackery of the time, such as a traveling showman's claim to have designed a chess-playing automaton.

Though Tresch notes that Poe appropriated many of his observations about the chess illusion, his writings on various fields made him "one of America's first science reporters." Still, Poe wasn't immune to quackery himself, finding trendy pseudosciences like phrenology and animal magnetism perfectly sensible. (Despite Poe's volume on these matters, Tresch finds him largely silent on the issue of slavery and most of the days other urgent political questions — though the author also notes Poe's involvement in the sale of an enslaved person in 1829.)

Poe also participated in a few hoaxes of his own. Once, tapping into 19th century ballooning fever, he wrote an account of a balloon trip that had crossed the Atlantic in just three days. He only revealed it to be a fiction a month — and many readers — later. As Tresch explains, Poe understood that without a trustworthy press and established scientific institutions, "truth and belief were, at least in part, questions of style."

Tresch shows how these anxieties over who and what to believe in a maelstrom of scientific claims inspired not only Poe's writing, but the creation of some of America's earliest scientific institutions: Their elite founders, with whom Poe rubbed elbows on a number of occasions, were increasingly concerned with drawing the line between what was science and what was merely "humbug" — the 19th century equivalent of fake news.

Tresch, an evocative close reader, also picks up the scientific signal at all levels of Poe's fiction: Scientific subjects regularly appear in many of Poe's plots, as in the novel "Pym," about a journey of discovery to the "Southern Ocean." Scientific language appears in Poe's precise descriptions of physical phenomena, both real and supernatural, as in the horrifying moonlit climax of "The Fall of the House of Usher." And scientific logic is apparent in the inductive reasoning employed by Poe's famous detective character C. Auguste Dupin; it's even in the intricate, cog-like constructions of his verse.

Both Poe's engagement with science and Tresch's book culminate in a cosmological lecture delivered in New York City near the end of Poe's life. In the lecture — titled "On the Cosmography of the Universe," later published as "Eureka" — Poe presented his view of the creation of the universe. Accepting scientific facts "as far as they went" at the time, Poe described a "primordial Particle" exploding into fragmented bits, each retaining an "appetite for unity." He explained forces of attraction and repulsion caused the fragmented matter to form nebulae, which would eventually collapse together into a "globe of globes" before beginning the cosmological cycle again.

The dense work is admirably summarized by Tresch, who calls it "punishingly digressive and lopsided" and "a glorious mess." But also "one of the most creative, audacious, and idiosyncratic syntheses of science and aesthetics in nineteenth-century America." In one of the more intriguing parts of the book, unfortunately left to a few pages in the conclusion, Tresch also traces possible influences of "Eureka" on modern cosmology, finding connections between Poe and several 20th century physicists involved in theorizing the Big Bang and the Big Crunch, which Poe's "primordial Particle" and "globe of globes" both seem to anticipate.

Tresch also finds his title in a short section of "Eureka," where Poe, as has been acknowledged by contemporary physicists, became the first to accurately explain the reason for the darkness of the night: There are a finite number of stars in the universe, thus there are dark spaces between them.

Tresch is not the first to comment on Poe's many connections with science, but his new biography succeeds in giving the full view, combining an ample tour through the major scientific ideas of the early 19th century with deft and frequently profound readings of Poe's large body of work. Though at times ponderous, the book is valuable reading for anyone drawn to the strange beauty within and just beyond science, and who wonders, as Poe did, what role a poet has to play.