Alen Hadzic is under investigation for multiple accusations of sexual misconduct, but was still named to Team USA 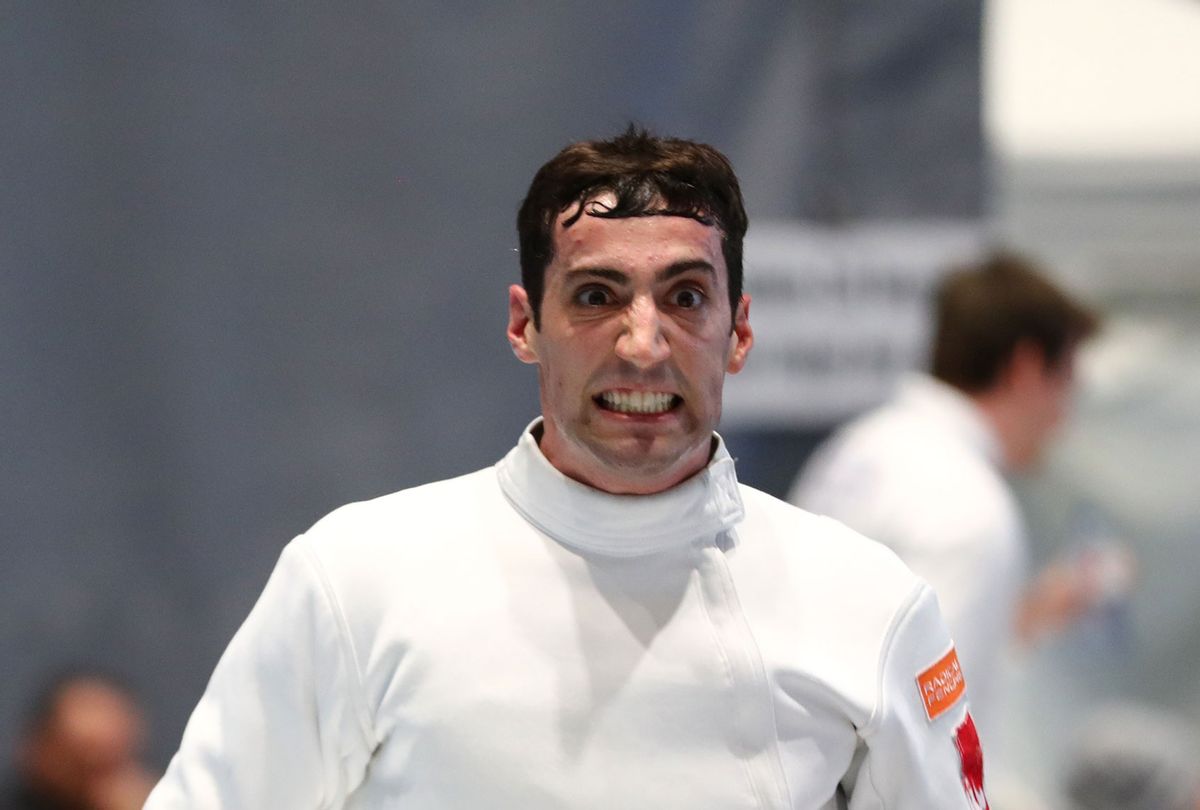 Fencer Alen Hadzic of the U.S. looks on at the Peter Bakonyi Men's Epee World Cup at the Richmond Olympic Oval in 2020. (Devin Manky/Getty Images)
--

Team USA fencing alternate Alen Hadzic is under investigation for at least three accusations of sexual misconduct reported to the U.S. Center for SafeSport, a nonprofit agency tasked with protecting athletes from abuse. These investigations of Hadzic were brought to the attention of the IOC back in May, when six women fencers including two Olympic athletes wrote a letter describing Hadzic's selection as a "direct affront" to those accusing him, which they said could put fellow athletes at risk.

In a bombshell Friday report, Buzzfeed also found a long history of allegations against Hadzic for sexual misconduct targeting drunk women at parties during his time at Columbia. In one specific case, after a woman at a party accused Hadzic of assaulting her at a party, he was suspended from Columbia for a year, and expelled from the school's fencing team.

Rather than bar Hadzic from the Olympics because of the long history of allegations of abuse made against him, USA Fencing created a "safety plan," which put him on a separate flight to Tokyo from other Olympic athletes, as well as a separate hotel from the Olympic Village. Hadzic is also prohibited from practicing with female fencers, yet Hadzic's attorney Michael Palma has complained that this so-called safety plan does not allow Hadzic to "participate in the Olympic experience that he has rightfully earned."

Hadzic's spot in Tokyo despite these allegations and ongoing investigations has sparked heated controversy, especially as several disproportionately Black women athletes from around the world have been barred from competing for reasons that don't include allegations of harming others. The controversy is especially difficult to ignore amid the first Olympic games since revelations about Larry Nassar's predation of young gymnasts rocked the sports world, and highlighted the prevalence of sexual abuse in sport. The "safety plan" has also drawn skepticism and ridicule, speaking to how, as one woman who says Hadzic harmed her put it, Hadzic has been "protected again and again."

Another fencer told Buzzfeed that Hadzic had "made my life a living hell at Columbia," but that, no matter what they did to seek accountability or protect themselves, "he just continues to get what he wants because he is a really fantastic fencer."

"We are pissed off that this is even a thing we had to deal with," an Olympic fencer who filed a complaint against Hadzic, alleging predatory behavior, told the outlet from Tokyo. "He's been protected again and again."

And another fencer told Buzzfeed that because complaints about Hadzic weren't taken seriously, it's been left to Olympic athletes to "deal with the consequences of having a predator on the team while simultaneously competing in the biggest event of our lives."

Buzzfeed's report also found the U.S. Center for SafeSport, created in 2018 following details about Nassar, has been widely criticized by athletes for being ineffective and underfunded. SafeSport had originally suspended Hadzic from competing in international competition, only to overturn the suspension after an arbitration process. Instead, Hadzic is competing with a "safety plan" that feels all too familiar in a culture that often gives men accused of abuse chance after chance.