Elizabeth Warren cornered by billionaire: "I shouldn't get Social Security" 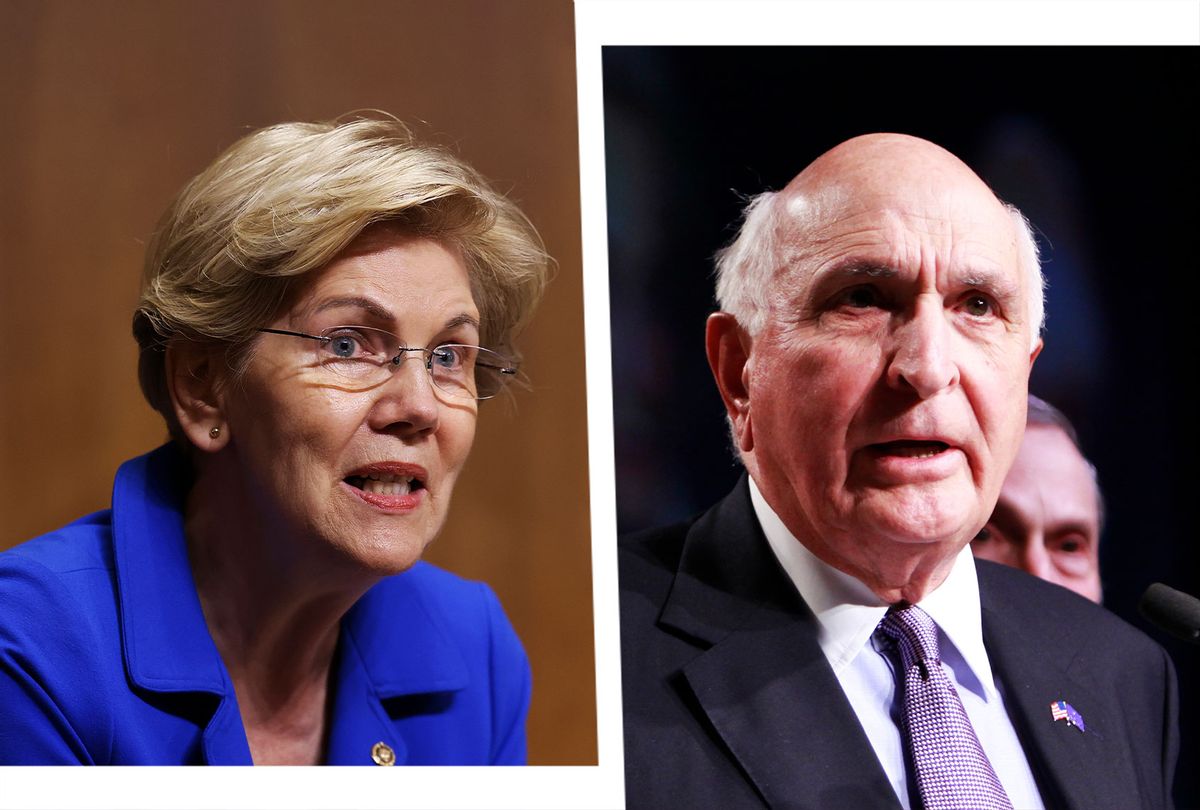 Sen. Elizabeth Warren, D-Mass., and billionaire Home Depot founder Ken Langone locked horns on Monday when the business magnate demanded that the lawmaker explain why he receives social security checks despite his $5.8 billion net worth.

"How do you rationalize giving me [sic] $3,000 a month check every month with all my wealth?" Langone asked the lawmaker in a Squawk Box interview. "Why don't you people have the courage to address entitlements as to what should no longer be an entitlement? I shouldn't get Social Security."

Langone, riding on a wave of apparent magnanimity, seems to be forgetting the fact that his social security checks are a far cry from government handouts. Social Security is in fact financed primarily by payroll taxes, which he claims he's paid for decades.

The progressive lawmaker added: "It's not somebody's welfare. It's not somebody's charity. Surely, you wouldn't want to be the person who would go on national TV and say: After a contract has been negotiated, and someone has paid into it for forty years, that the federal government should turn around and say, 'Oops, we changed our mind. We're not going to give you the payout that you earned by making those payments all those years.'"

Numbering his bones to pick, Langone moved onto his second point, asking Warren why corporations haven't yet been slapped with a minimum tax.

"Actually, I've proposed something very much like that," Warren retorted. "It's called a Real Corporate Profits Tax."

According to the senator's website, the law would require that corporations making over $100 million in yearly profits would pay a 7% tax on any money made after the $100 million cutoff.

These corporations, she told Langone, "should have to pay a tax on what they report. Not on what happens after they've done a zillion loopholes and excuses and not paid their underlying taxes."

Last year, the Institute on Taxation and Economic Policy reported that 55 of the largest corporations in America collectively paid $0 in federal corporate income taxes as a result of various tax avoidance schemes.

When it comes to Home Depot in particular, the home improvement giant has used an aggressive loophole to skirt around paying high local property taxes by appraising its properties as vacant shells rather than high-demand assets. According to the New York Times, the scheme has hollowed out hundreds of millions in potential municipal revenue that would otherwise go to public services like infrastructure, parks, schools.

Toward the end of his questioning, Langone – once a vocal supporter of Donald Trump – took to outright grandstanding, launching into an unsolicited spiel about how Home Depot paid its fair share of taxes.

"Take all the corporate taxes paid in America last year as told by the government, what they got in. Home Depot paid 1% of all those taxes," he said. "One company that didn't exist 42 years ago. We take good care of all our associates, our vendors love dealing with us."

Home Depot has donated roughly $465,000 to federal lawmakers who supported Trump's effort to overturn the 2020 election, according to CNN Business. Salon reported earlier this year that the company also donated thousands to numerous Georgia Republicans, including Gov. Brian Kemp, who supported the GOP's restrictive voting bill passed after Democrats swept federal elections in the Peach State for the first time in decades.