"We're losing hope here that you represent us." 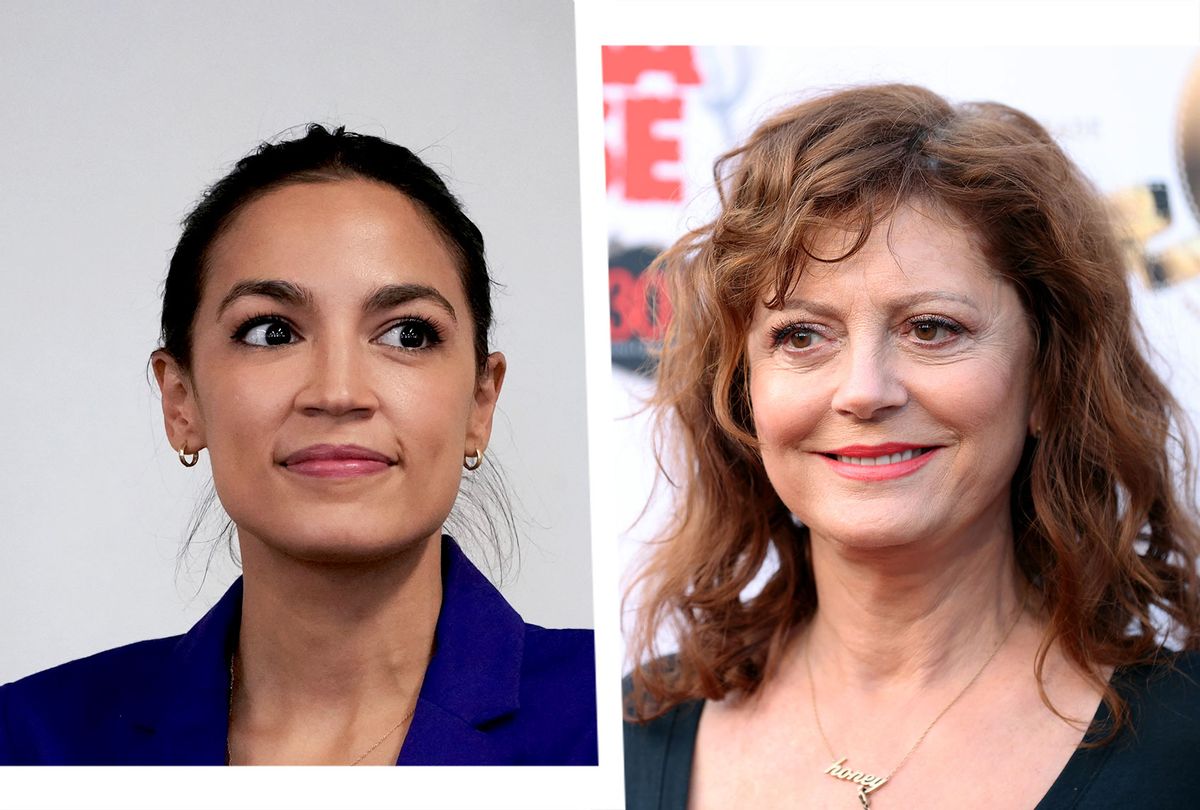 Actor Susan Sarandon organized a demonstration outside the Bronx office of Rep. Alexandria Ocasio-Cortez, D-N.Y., on Monday, reminding the progressive lawmaker that she had made "a lot of promises" to her constituency but has failed to pull out all the stops achieving her healthcare agenda.

"I'm here to say to The Squad, and especially AOC, who, you know, did make a lot of promises, that we still have faith in you and we would like to see if you have a better plan than we've been able to see, please share it," Sarandon said to a crowd. "If there's a pathway you've got that we're not aware of, please share it. Because we're losing hope here that you represent us."

The crowd specifically gathered to protest against the apparent lack of action shown by The Squad in expanding Medicare forAll when roughly 30 million Americans lack access to healthcare.

"You campaigned on Medicare for All. But you didn't demand a floor vote on it when you had the power to leverage the Speaker vote. You didn't demand that single-payer be included in the pandemic recovery bill," the petitioners wrote online, adding: "You moved the introduction of the House bill till after the stimulus bill passed reducing your own leverage. You have never demanded that Biden use Section 1881A of the Social Security Act to expand Medicare to every American by executive action."

For remedy, the petition demands that President Joe Biden – who last year said he'd veto Medicare for All – declare a pandemic health emergency and "expand Medicare to every American using Section 1881A of the Social Security Act."

Back in 2019, Rep. Pramila Jayapal introduced H.R.1384, dubbed the "Medicare for All Act of 2019," which would have offered a single-payer health care system to all Americans, who would effectively be enrolled upon birth or residency. The plan also bars cost-sharing (e.g., deductibles, coinsurance, and copayments), putting the onus on the government to cover all health expenses.

The bill – which Ocasio-Cortez co-sponsored – was referred to a number of committees that same year, with subcommittee hearings held in December. However, the measure failed to see a floor vote, preventing it from getting to the Senate.

"It's so difficult for people that are independent to get elected in the first place," Sarandon said, "and then to see the very people that sponsored the bill not stand up for it, is very disheartening."

Throughout 2020, Congress passed a number of COVID-19 relief bills aimed at helping Americans struggling under the weight of the pandemic, though none of these bills comprehensively expanded Medicare