Capitol police officer claps back at Tucker Carlson and Laura Ingraham: "The facts are the facts"

"That audience takes their words and the rhetoric that they use as more than just entertainment," said Fanone 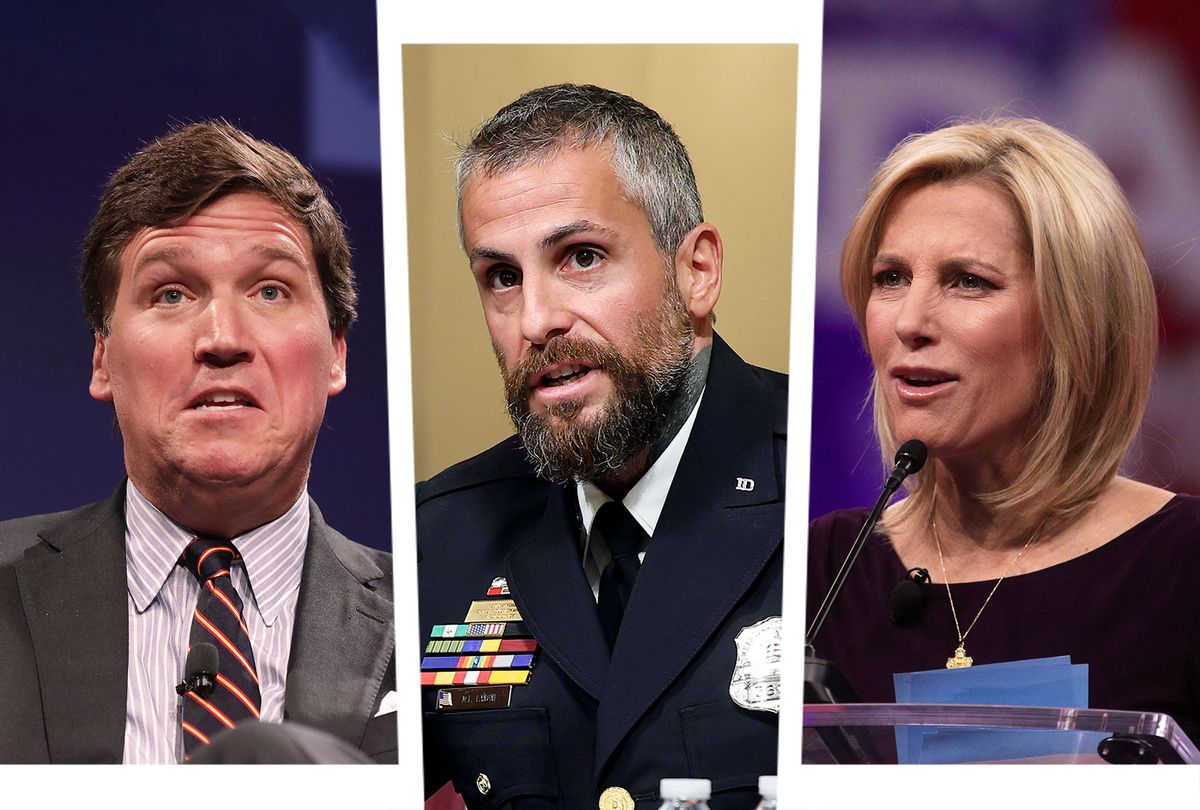 Capitol Officer Michael Fanone slammed Fox News' prime-time personalities, Tucker Carlson and Laura Ingraham, for their coverage on Tuesday of day one of the House Select Committee's hearing on the Capitol riot.

On his Fox News program, Carlson smirked and laughed at a clip of Fanone explaining the post-traumatic stress disorder he experienced after the riot. Carlson later went on to say that the violence was just a "political protest that got out of hand."

Ingraham responded to the harrowing testimony with a spoof awards ceremony, giving the "best performance in an action role" award to Fanone, who during his testimony said he felt like he "went to hell and back" to protect lawmakers on Jan. 6. "The indifference shown to my colleagues is disgraceful," he finished.

"There was certainly a lot of violence that day, but it was not a terrorist attack," said Ingraham. "It wasn't 9/11. It wasn't the worst thing that ever happened to America. It wasn't an insurrection."

Appearing on CNN's "New Day" Wednesday morning, host John Berman asked Fanone what it was like to watch the Fox News hosts joke and make fun of his testimony before Congress.

"The facts are the facts," Fanone said. "They were supported by hundreds of hours of videotape, evidence, eyewitness testimony, they're undisputable," before clapping back at the Fox News hosts, saying "so if they want to disparage me or call me a member of Antifa or talk about my neck tattoos, I couldn't care less."

"What does concern me is the fact that those entertainers have an audience, and that audience takes their words and the rhetoric that they use as more than just entertainment," Fanone explained. "They think it's real."

He then connected the right-wing "entertainment" often described as news or news analysis as having tragic consequences.

"That thought process has real-life consequences," he said of the audience listening to Carlson and Ingraham's shows. "And we saw the result of that on January 6th."

Many tweeted in support of Fanone, calling Carlson and Ingraham's commentaries "disgusting."