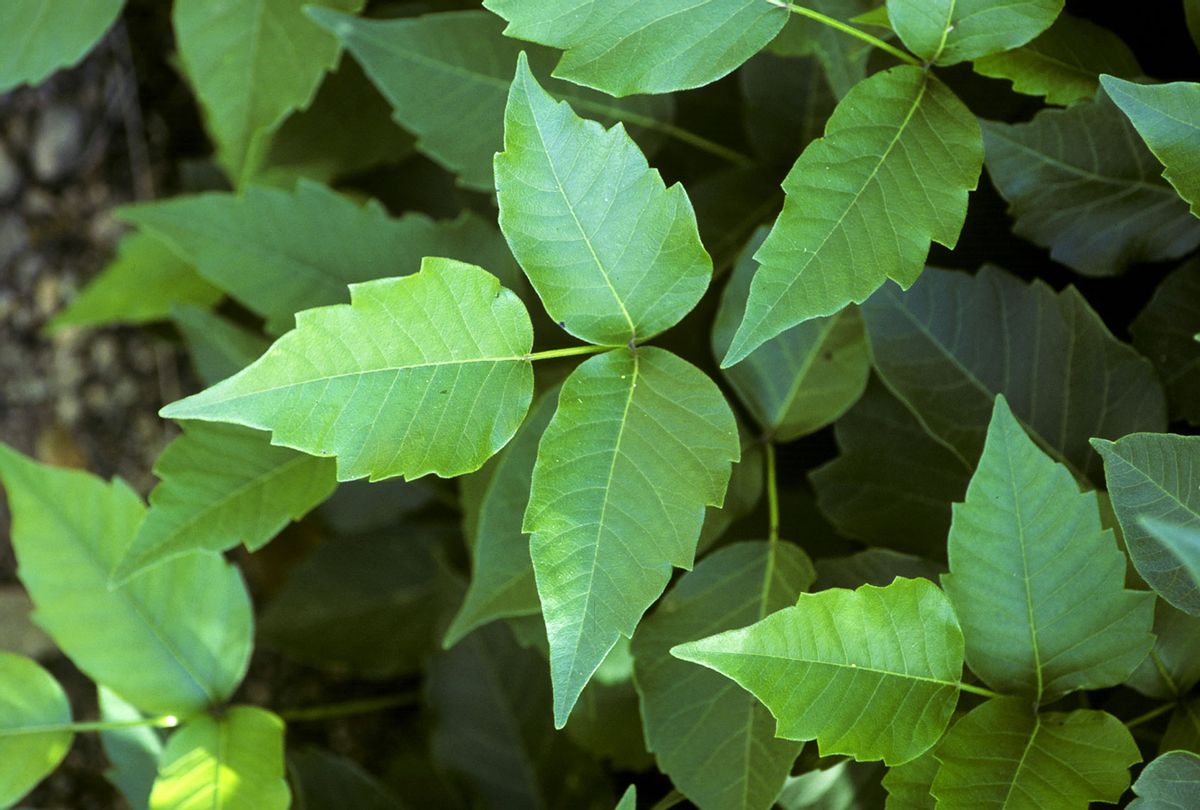 Poison ivy is a fixture of the landscape in eastern North America and parts of Asia. The noxious, rash-causing weed grows in rocky outcroppings, open fields, and at the edge of forests — it generally loves to take over disturbed areas. It can grow in partial shade and doesn't give a damn about soil moisture as long as it's not growing in a desert. The ivy is often identified in its plant form on the ground, but it can grow into a thick and hairy vine that curls around big trees and chokes out other native flora. No one knows why the ubiquitous plant causes an allergic reaction in human beings and some apes. It doesn't affect any other animals that way, and researchers suspect that its allergenic defense mechanism may have evolved by accident.

If you live in areas where there is a lot of poison ivy, you may have noticed that the plant appears to be thriving lately. The leaves are looking leafier, the vines more prolific. Your poison ivy rash may even feel more itchy. It's not your imagination. Research shows that the main culprit behind climate change — increased concentrations of carbon dioxide in the atmosphere — is supercharging poison ivy.

The effect has been known since 2006, when Duke University researchers published a six-year study that showed poison ivy grew double its normal size when it was exposed to higher levels of carbon dioxide — levels on a par with the atmospheric carbon scientists anticipate seeing around 2050. The leaves on some individual plants grew by as much as 60 percent. Researchers also found that CO2 makes urushiol, the oil in poison ivy that causes the allergic reaction in humans, stronger. Plants rely on CO2 to make the sugars they need to grow, and increased concentrations of it were helping everyone's least favorite plant thrive. The researchers surmised that increased levels of CO2 in coming decades would lead to bigger, faster growing, and itchier poison ivy plants.

Elevated levels of CO2 might not be the only climate-related factor making poison ivy more of a threat. Jacqueline Mohan, a professor of ecology at the University of Georgia and one of the researchers who conducted that initial research on poison ivy and CO2 at Duke University, is looking into analyzing the effect that rising soil temperatures, another consequence of a changing planet, might have on poison ivy. The experiment is in early stages in the Harvard Forest — a 4,000-acre forest managed by Harvard University in Petersham, Massachusetts — and the findings have not been submitted for peer review yet.

Mohan's preliminary results show that a 5 degree Celsius (9 degree Fahrenheit) increase in soil temperature — roughly in line with the soil warming models predict under a worst-case climate change scenario — makes poison ivy grow 149 percent faster on average compared to ambient soil temperatures. "That's just incredible," Mohan told Grist. "Poison ivy might love soil warming even more than it loves CO2." By comparison, the other plants she studies at the Harvard Forest only grow between 10 and 20 percent faster in warmer soil. She found that warmer soil temperatures led to larger poison ivy plants, too. Mohan did not find that the temperature of the soil had an effect on the potency of plants' urushiol, a small silver lining.

Mohan's research at the Harvard Forest indicates that poison ivy is poised to do well in a warming world. "So far, poison ivy benefits from CO2, and it benefits from warmer conditions, and gosh only knows what happens when we do them both," she said. "Which is of course what the planet is doing."

There's also a much more direct way that humans are making poison ivy worse — by messing around with its habitat. "Humans are definitely making ideal poison ivy habitat," John Jelesko, an associate professor at the Virginia Polytechnic Institute and State University and a poison ivy researcher, told Grist. He conducted some research recently while hiking along a section of the Appalachian Trail and found that human disturbance — campsites, picnic spots, well-trodden trails — increased the probability of poison ivy, because it likes to grow where other plants are scarce and there is a lot of sunlight. "It's not very prevalent in the middle of the forest, let me tell you," Jelesko said. "Whenever you get to disturbed habitat you find a lot more of it."

The takeaway is bleak: Climate change is supercharging poison ivy, and the plant likes to cohabitate with humans. Which means an extra dose of caution is in order when you're out in nature. Even if you think you're not allergic to poison ivy, Mohan says it's best to keep an eye out for its distinctive clusters of three leaflets and steer clear just in case. The Forest Service found that between 70 and 85 percent of the population is sensitive to urushiol, and people are likely to become more allergic to it every time they are exposed. Tuck your pants in and watch where you walk, Mohan said. "When you're dealing with nature, be smart," she said. "Because nature is always going to win."