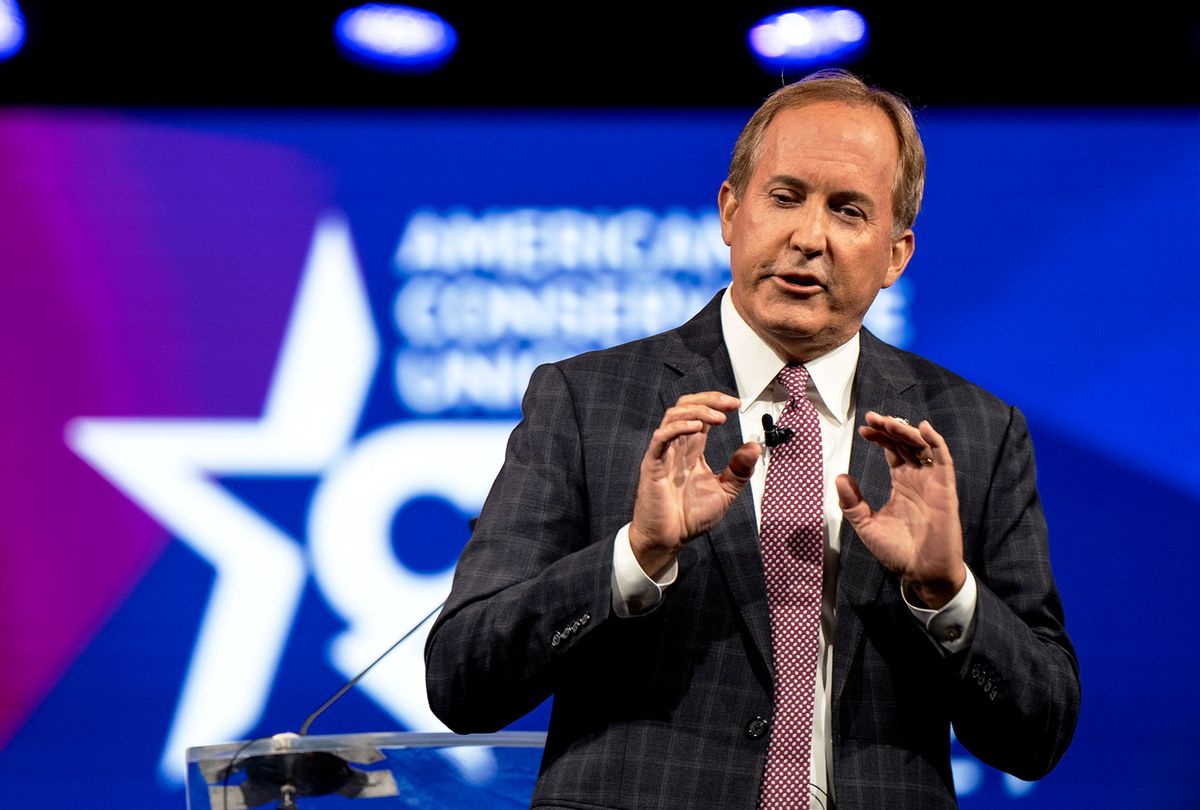 Texas Attorney General Ken Paxton, an ardent Trump supporter who was the lead plaintiff in a last-ditch Supreme Court case aimed at overturning the 2020 election, appears to be backing away from his past claims of widespread election fraud. Facing discipline or even potential disbarment in Texas, Paxton now merely alleges that there were "irregularities" in battleground states, while still suggesting those could somehow have affected the overall result

Paxton's apparent retreat came earlier this month in response to an array of grievances filed by several members of the Texas bar: retired lawyer Neil Cohen; Kevin Moran, president of the Galveston Island Democrats; former Texas Court of Appeals Chief Justice David Chew; and Dr. Brynne VanHettinga. In their initial complaint, the group argued that Paxton should face professional discipline over his bid to undermine the 2020 presidential election, saying that Paxton's December petition to the U.S. Supreme Court, arguing that President Biden's victory should be set aside, was both frivolous and unethical.

In Paxton's response to their grievances, which was provided to Salon, the attorney general argued that "Texas's filings were not frivolous" because "the 2020 election suffered from significant and unconstitutional irregularities in the Defendant States." Paxton further claimed that, by this logic, he and his office "did not violate the disciplinary rules."

Paxton's response is a clear departure from his previous rhetoric, much of which explicitly supported former President Trump's grandiose conspiracy theories about systemic election fraud. Earlier this month, Paxton told a Dallas crowd at the Conservative Political Action Conference that his "fight" for election security "is not done."

"When people tell you there is no election fraud, let me just tell you my office right now has 511 counts in court because of COVID waiting to be heard," Paxton continued. "We have another 386 that we're investigating. If you add those together, that's more election fraud than my office has prosecuted since it started investigating election fraud years and years ago."

Paxton is notably less bombastic in his response to the Texas bar, but mentions the same "irregularities" that his original Texas suit claimed had tainted the elections in swing states such as Pennsylvania, Georgia, Michigan and Wisconsin. Effectively all of those supposed "irregularities" were changes in voting rules made in response to the COVID-19 crisis, which created significant challenges for both in-person and absentee voting.

Paxton claimed, for instance, that the Pennsylvania secretary of state "abrogated the mandatory signature verification requirement for absentee or mail-in ballots" by not rejecting ballots with mismatched signatures. In fact, the U.S. Supreme Court had already found back in December that no such rule existed in Pennsylvania's election code, which "does not authorize county election boards to reject mail-in ballots based on an analysis of a voter's signature."

Paxton also alleges that the "Georgia Secretary of State unilaterally, without legislative approval, changed a statutory requirement prohibiting the opening of absentee ballots before Election Day." But these kinds of regulatory adjustments are ultimately "minor procedural changes," as Neil Cohen, one of the Texas complainants, told Salon by email. He continued, "In all these cases, the Georgia election board adopted these regulations, which are consistent with the statute, through the powers it had been granted by the state legislature."

Other "irregularities," according to Paxton, included Michigan's delivery of absentee ballots to every resident and Wisconsin's decision to allow "absentee ballots to be placed in hundreds of unstaffed drop boxes." He offered no evidence that either of these practices made any difference in the electoral outcome, much less amounted to widespread election fraud.

In an evident attempt to ward off the threat of disbarment, Paxton's response seeks to explain why the suit had any legal basis or "standing." He argues, somewhat confusingly: "Texas's assertion that it had standing in Texas v. Pennsylvania could not have been frivolous. There are no Supreme Court cases contrary to its position that it had standing."

But Paxton indirectly admits, in Cohen's view, that he had no real evidence of fraud, and apparently "hoped to develop the evidence during discovery." In other words, his entire case could be interpreted as a fishing expedition, or just an attempt to rile up the Trump base with unsupported allegations. "That's in contrast to his behavior for the month after filing the lawsuit," Cohen said, "when he repeatedly claimed the election was stolen and urged people to take action."

Earlier this month, Law.com reported that another group — this one composed entirely of attorneys, including four past presidents of the Texas bar — filed a different complaint against Paxton, claiming that his unfounded legal actions on Trump's behalf have brought "dishonor" to the legal profession. Bar authorities have been investigating Paxton since early June.