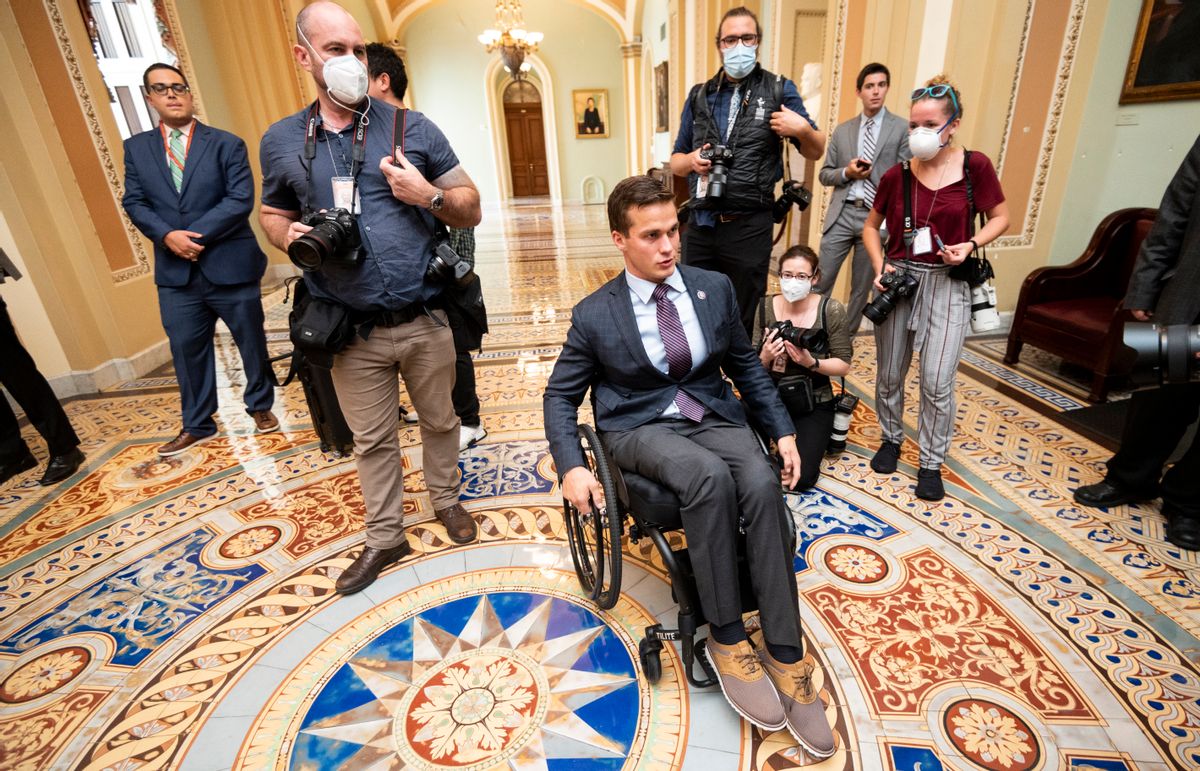 Freshman Rep. Madison Cawthorn, R-N.C., is facing an ethics complaint following a Friday altercation on the House floor that colleagues reportedly feared would boil over into an actual fistfight, reports said.

The spat between Cawthorn and Rep. David McKinley, R-W.Va., began with a disagreement over cosponsorship of a particular bill, according to POLITICO. Cawthorn visited McKinley's office to request his name be taken off the bill, which he said he had mistakenly been added to, but the first-year legislator quickly became embroiled in a heated exchange with one of McKinley's staffers.

At one point, he reportedly told the woman to lower her voice when speaking to "a member of Congress," and condescendingly asked if her boss "was that guy with the mustache that nobody f---ing knows," POLITICO reported, citing staffers who had witnessed the conflict.

The beef continued later with a full-on screaming match on the House floor between the two Congressmen, after Cawthorn approached McKinley and asked: "What is your name?"

"You know damn well who I am," McKinley replied.

As the brouhaha progressed, McKinley repeatedly referred to Cawthorn as "junior," which clearly got under his skin.

"I said, 'Your district will remember that," Cawthorn told POLITICO after the incident. "And if you want to run for re-election and you're going to sit here and attack me all over this stuff, I will make sure they remember. And then he started getting all kinds of angry."

The staffer Cawthorn reportedly berated later filed an ethics complaint relating to the incident, though the exact details of the document are unclear.

Cawthorn tried to cool tensions Friday night by writing letters to both McKinley and the staffer in question, saying he wishes "no ill will between our offices" and that he hopes they can "focus on our true adversaries."

He even signed the letter to McKinley's staffer, "Your ally."