Newt Gingrich: The left wants "to get rid of the rest of us because we believe in George Washington" 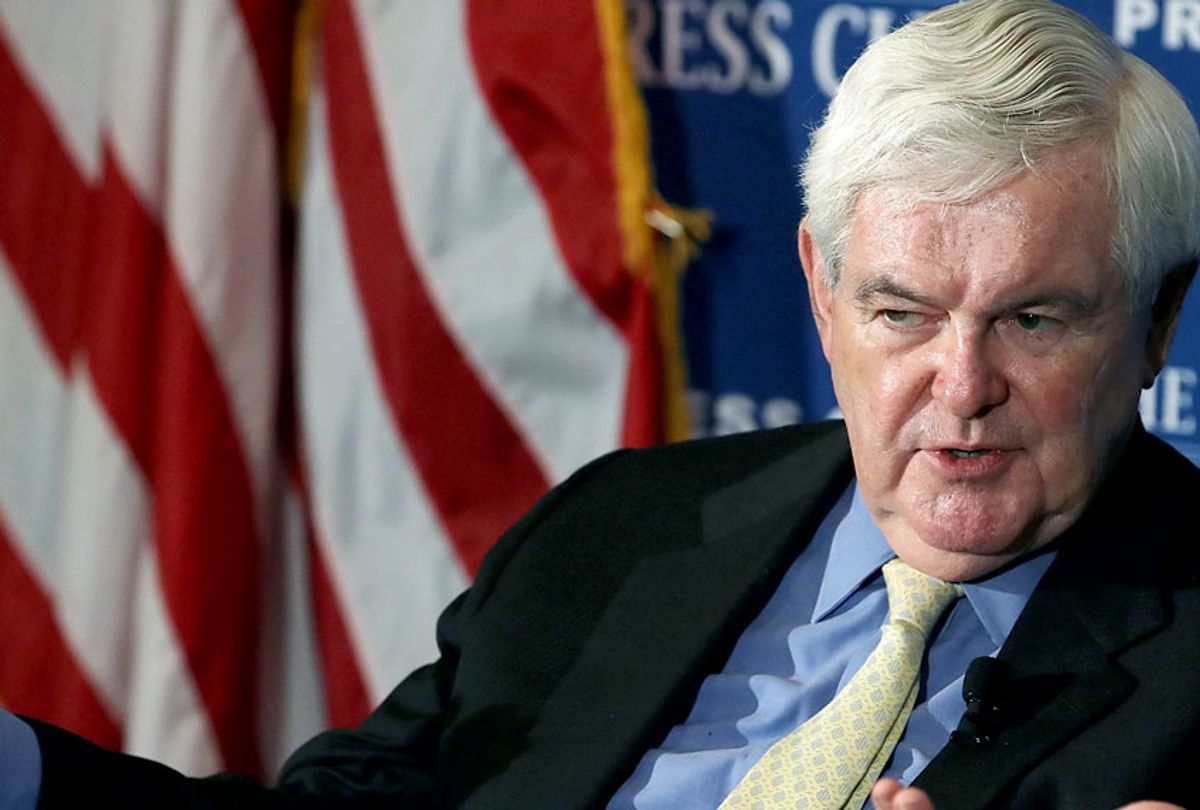 Former Speaker of the House Newt Gingrich appeared to embrace a racist conspiracy theory during an interview on Fox Business Wednesday, saying "the left" was bringing in immigrants "to get rid of the rest of us."

Gingrich made the comments during a conversation about immigrants from Latin America entering the country during a COVID-19 surge, saying that those crossing the border were filtering out "traditional, classic Americans."

"If you go and look at the radical left, this is their ideal model. It's to get rid of the rest of us because we believe in George Washington, or we believe in the Constitution, and you see this behavior over and over again."

The rant echoed talking points from the "White Genocide" or "Great Replacement" conspiracy, which alleges that U.S. elites are engaged in a wide-ranging plot to "replace" white Americans with immigrants. The notion has a high-profile booster in primetime Fox host Tucker Carlson, who told his audience in April that "the Democratic Party is trying to replace the current electorate" with "new people, more obedient voters from the Third World."

The same thinking was echoed in a manifesto written by New Zealand's Christchurch shooter, who killed 49 people at two mosques in 2019, and was embraced by white supremacists in attendance at the 2017 "Unite the Right" rally in Charlottesville, Virginia. Notably, attendees at an affiliated anti-Semitic gathering the night before chanted "Jews will not replace us," expanding on a key tenet of the Great Replacement conspiracy.

Gingrich has a history of making inflammatory and racist remarks during and after his career in Congress — at one point telling The National Review that then-President Barack Obama wasn't "normal" and subscribes to a "Kenyan, anti-colonial" worldview because his father is from Kenya.