As First Lady, Melania ripped out historic Cherry Blossom and Crab Apple trees — and Twitter is still mad about it 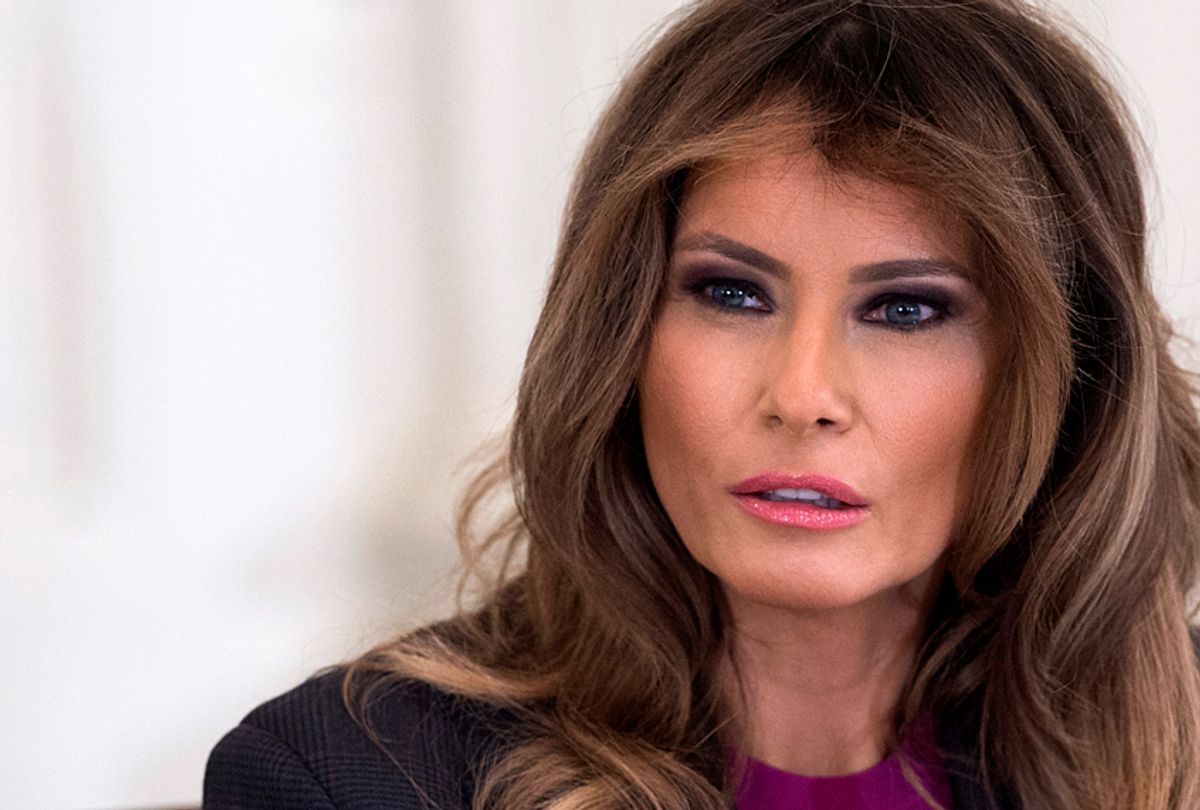 After more than a year, former First Lady Melania Trump has become aware of the criticism surrounding her changes to Jackie Kennedy's famous design of the White House Rose Garden.

Because the Trumps wanted to use the White House for the Republican National Convention in 2020, they made significant changes to the legendary Rose Garden. At the time of the change, presidential historian Michael Bechloss insulted Melania Trump's work by posting some of the photos of the garden throughout the years. Upon the anniversary of the project, Bechloss posted another photo showing the rows of simplistic box hedges and low-profile shrubbery.

"[Beschloss] has proven his ignorance by showing a picture of the Rose Garden in its infancy," the Twitter account linked to the "Office of Melania Trump" said on Sunday. The account shared a photo that some said was taken from a vantage point that neglected to show how the cherry blossom and crab apple trees were removed.

As some noted, it is as if it was replaced with simplified knockout roses and a tangled mess of randomized plants that might work in The Hamptons, but demand a higher level of sophistication for the White House. Unfortunately, after all of Melania Trump's work, it was already in need of repairs.

Melania's shot cherry-picks a vantage point from behind a tree that's not part of the side garden.

Because in a false equivalence, its "borrowed" foliage appears to substitute for the rows of cherry trees that were destroyed, and inflates the ratio of plants to structures. pic.twitter.com/8wY2UY8jxL

Some said it would take years to repair the damage Mrs. Trump did, particularly with the mature trees.

"Cheap golf club" is pretty much their aesthetic.... along with clothing bearing messages of indifference to children at the border.

How many languages can you stay silent in? Pick one, and do so.

We saw the destruction. Melania ripped everything out like Donald does ex wives hair.