Tennessee parents surround health workers advocating for school mask mandates: "We know who you are" 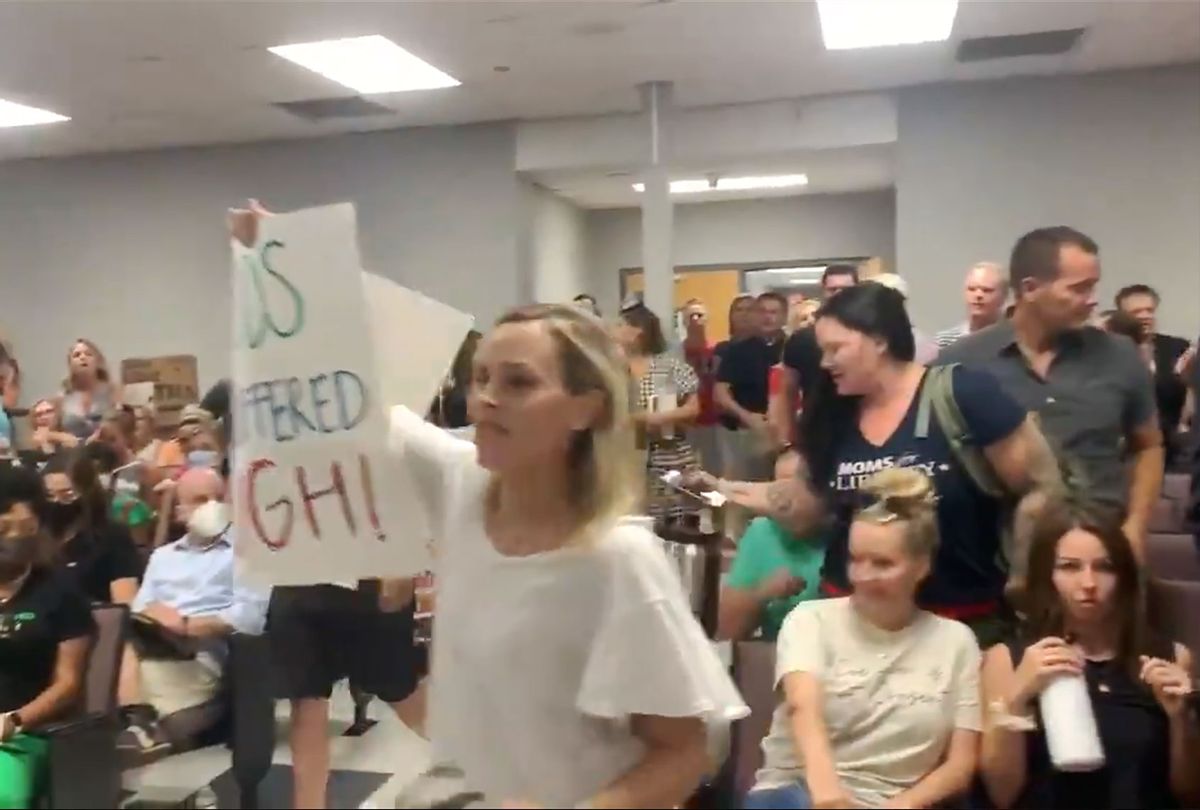 Dozens of enraged anti-mask parents followed an unruly man out in a mob at the Williamson County Schools meeting, Tennessee. (Twitter/@brinleyhineman)
--

After advocating for a mask mandate in the local school district, health care professionals were surrounded by an angry mob of parents following a Tuesday school board meeting in Tennessee.

In a video released on Twitter, a group of people in Franklin, Tenn., can be seen yelling at health care workers as they attempt to leave the building where the Williamson County School District Board meeting on school safety measures was taking place.

As the health care workers exit the building, the crowd waiting outside begins to chant, "we'll not comply." One woman yells, "take that mask off!" as a health care professional heads into the parking lot.

The footage appears to follow this health care professional as he heads to his car but is followed by an unmasked man in a black shirt.

"You're not on our side!" the unmasked man yells. "We know who you are."

"You will never be allowed in public again!" he later continues.

Another unmasked man seems to come to the aid of the man in the black. He also threatens the fleeing health care worker, pointing his finger at the driver's side window.

"We know who you are. You can leave freely, but we will find you," he says with his face up against the window.

The clash between parents and healthcare workers came after the Williamson County Schools Board of Education voted to require masks for students, staff, and visitors inside buildings and buses at the elementary school level. During the four-hour meeting, emotions ran high, and disruptions frequently occurred as members of the audience attempted to speak out against mask requirements, according to the Tennessean.

A different video released on Tuesday shows the inside of the board meeting. The footage features a man being escorted out by local authorities for being too disruptive. Enraged by his removal, other parents begin to chant "no more masks," and eventually, several stand up and follow the protester out of the meeting.

The other video published details another disruption that came moments later. "I'll see you in court," a woman from the crowd declares. "My child will not be wearing a mask."

On Thursday, the new mask mandate will go into effect in the school district. The Tennessean reported that the school board will return to vote to extend the measure at the end of September.