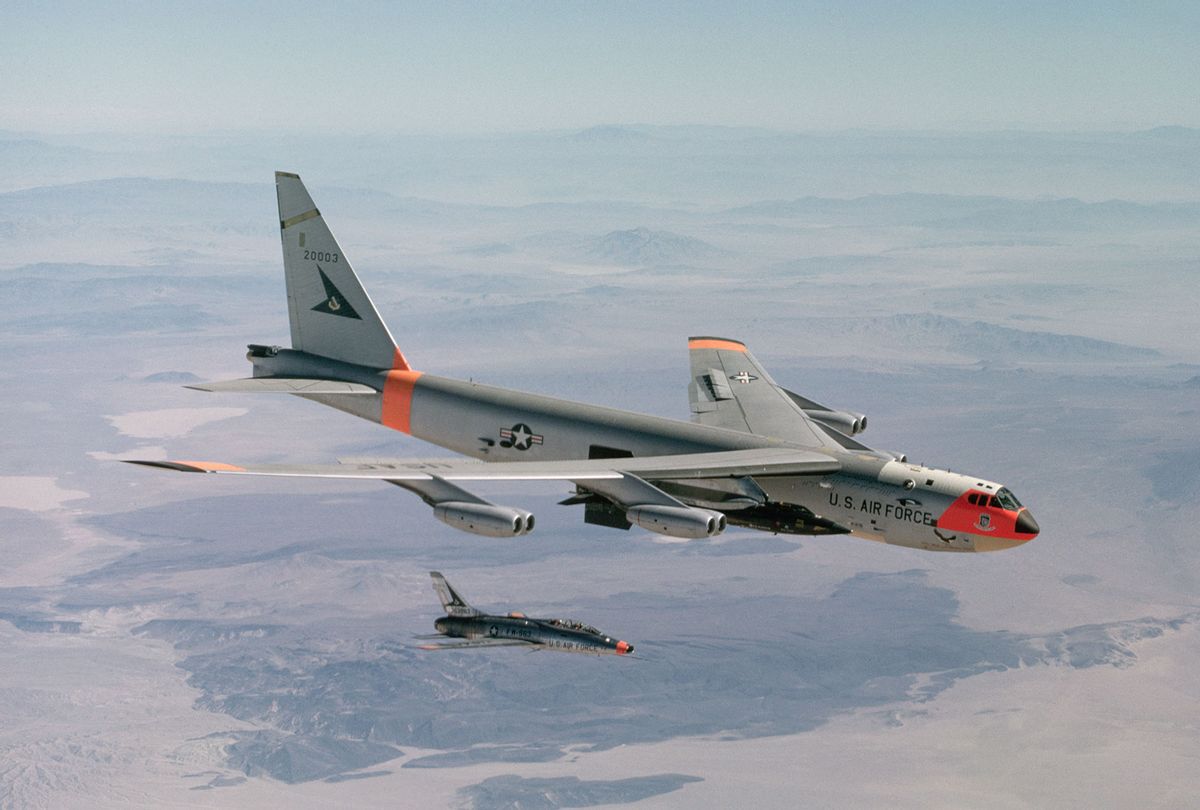 It is horrific to watch the death, destruction and mass displacement of thousands of terrified Afghans and the triumph of the misogynist Taliban, which ruled the nation 20 years ago. But the fall of the centralized, corrupt government propped up by the Western powers was inevitable, whether it happened this year, next year or 10 years from now.

President Biden has reacted to America's snowballing humiliation in the graveyard of empires by once again dispatching U.S. envoy Zalmay Khalilzad to Doha, Qatar, to urge the government and the Taliban to seek a political solution, while at the same time dispatching B-52 bombers to attack at least two provincial capitals.

In Lashkargah, the capital of Helmand province, the U.S. bombing has already reportedly destroyed a high school and a health clinic. Another B-52 bombed Sheberghan, the capital of Jowzjan province and the home of the infamous warlord and accused war criminal Abdul Rashid Dostum, who is now the military commander of the U.S.-backed government's armed forces.

The rapid disintegration of the Afghan forces that the U.S. and its Western allies have recruited, armed and trained for 20 years — at a cost of about $90 billion — should come as no surprise. On paper, the Afghan National Army has 180,000 troops, but in reality most are unemployed men desperate to earn money to support their families but not eager to fight their fellow Afghans. The Afghan Army is also notorious for its corruption and mismanagement.

The army and the even more beleaguered and vulnerable police forces that man isolated outposts and checkpoints around the country are plagued by high casualties, rapid turnover and desertion. Most troops feel no loyalty to the corrupt U.S.-backed government and routinely abandon their posts, either to join the Taliban or just to go home.

When the BBC asked Gen. Khoshal Sadat, the national police chief, about the impact of high casualties on police recruitment in February 2020, he cynically replied, "When you look at recruitment, I always think about the Afghan families and how many children they have. The good thing is there is never a shortage of fighting-age males who will be able to join the force."

But a police recruit at a checkpoint questioned the very purpose of the war, telling the BBC's Nanna Muus Steffensen, "We Muslims are all brothers. We don't have a problem with each other." In that case, she asked him, why were they fighting? He hesitated, laughed nervously and shook his head in resignation. "You know why. I know why," he said. "It's not really our fight."

Since 2007, the jewel of U.S. and Western military training missions in Afghanistan has been the Afghan Commando Corps or special operations forces, who comprise only 7% of Afghan National Army troops but reportedly do 70 to 80% of the fighting. But the Commandos have struggled to reach their target of recruiting, arming and training 30,000 troops, and poor recruitment from Pashtuns, the largest and traditionally dominant ethnic group, has been a critical weakness, especially from the Pashtun heartland in the south.

The Commandos and the professional officer corps of the Afghan National Army are dominated by ethnic Tajiks, effectively the successors to the Northern Alliance, which the U.S. supported against the Taliban 20 years ago. As of 2017, the Commandos numbered only 16,000 to 21,000, and it is not clear how many of these Western-trained troops now serve as the last line of defense between the U.S.-backed puppet government and total defeat.

The Taliban's speedy and simultaneous occupation of large amounts of territory all over the country appears to be a deliberate strategy to overwhelm and outflank the government's small number of well-trained, well-armed troops. The Taliban have had more success winning the loyalty of minorities in the north and west than government forces have had recruiting Pashtuns from the south, and the government's small number of well-trained troops cannot be everywhere at once.

But what of the United States? Its deployment of B-52 bombers, Reaper drones and AC-130 gunships is a brutal response by a failing, flailing imperial power to a historic, humiliating defeat.

The United States does not flinch from committing mass murder against its enemies. Just look at the U.S.-led destruction of Fallujah and Mosul in Iraq, or Raqqa in Syria. How many Americans even know about the officially-sanctioned massacre of civilians that Iraqi forces committed when the U.S.-led coalition finally took control of Mosul in 2017, after President Trump said it should "take out the families" of Islamic State fighters?

Twenty years after George W. Bush, Dick Cheney and Donald Rumsfeld committed a full range of war crimes, from torture and the deliberate killing of civilians to the "supreme international crime" of aggression, Biden is clearly no more concerned than they were with criminal accountability or the judgment of history. But even from the most pragmatic and callous point of view, what can continued aerial bombardment of Afghan cities accomplish, besides a final but futile climax to the 20-year-long U.S. slaughter of Afghans by more than 80,000 American bombs and missiles?

The intellectually and strategically bankrupt U.S. military and CIA bureaucracy has a history of congratulating itself for fleeting, superficial victories. It quickly declared victory in Afghanistan in 2001 and set out to duplicate its imagined conquest in Iraq. Then the short-lived success of their 2011 regime change operation in Libya encouraged the United States and its allies to turn al-Qaida loose in Syria, spawning a decade of intractable violence and chaos and the rise of the Islamic State.

In the same manner, Biden's unaccountable and corrupt national security advisers seem to be urging him to use the same weapons that obliterated the Islamic State's urban bases in Iraq and Syria to attack Taliban-held cities in Afghanistan.

But Afghanistan is not Iraq or Syria. Only 26% of Afghans live in cities, compared with 71% in Iraq and 54% in Syria, and the Taliban's base is not in the cities, but in the rural areas where the other three-quarters of Afghans live. Despite support from Pakistan over the years, the Taliban are not an invading force like Islamic State in Iraq but an Afghan nationalist movement that has fought for 20 years to expel foreign invasion and occupation forces from their country.

In many areas, Afghan government forces have not fled from the Taliban, as the Iraqi Army did from the Islamic State, but joined them. On Aug. 9, the Taliban occupied Aybak, the sixth provincial capital to fall, after a local warlord and his 250 fighters agreed to join forces with the Taliban and the governor of Samangan province handed the city over to them.

That very same day, the Afghan government's chief negotiator, Abdullah Abdullah, returned to Doha for further peace talks with the Taliban. His American allies must make it clear to him and his government, and to the Taliban, that the United States will fully support every effort to achieve a more peaceful political transition.

But the U.S. must not keep bombing and killing Afghans to provide cover for the U.S.-backed puppet government to avoid difficult but necessary compromises at the negotiating table to bring peace to the incredibly long-suffering, war-weary people of Afghanistan. Bombing Taliban-occupied cities and the people who live in them is a savage and criminal policy that President Biden must renounce.

The defeat of the United States and its allies in Afghanistan now seems to be unfolding even faster than the collapse of South Vietnam between 1973 and 1975. The public takeaway from the U.S. defeat in Southeast Asia was the "Vietnam syndrome," an aversion to overseas military interventions that lasted for decades.

As we approach the 20-year anniversary of the 9/11 attacks, we should reflect on how the Bush administration exploited the U.S. public's thirst for revenge to unleash this bloody, tragic and utterly futile 20-year war.

The lesson of America's experience in Afghanistan should be a new "Afghanistan syndrome," a public aversion to war that prevents future U.S. military attacks and invasions, rejects attempts to socially engineer the governments of other nations and leads to a new and active American commitment to peace, diplomacy and disarmament.