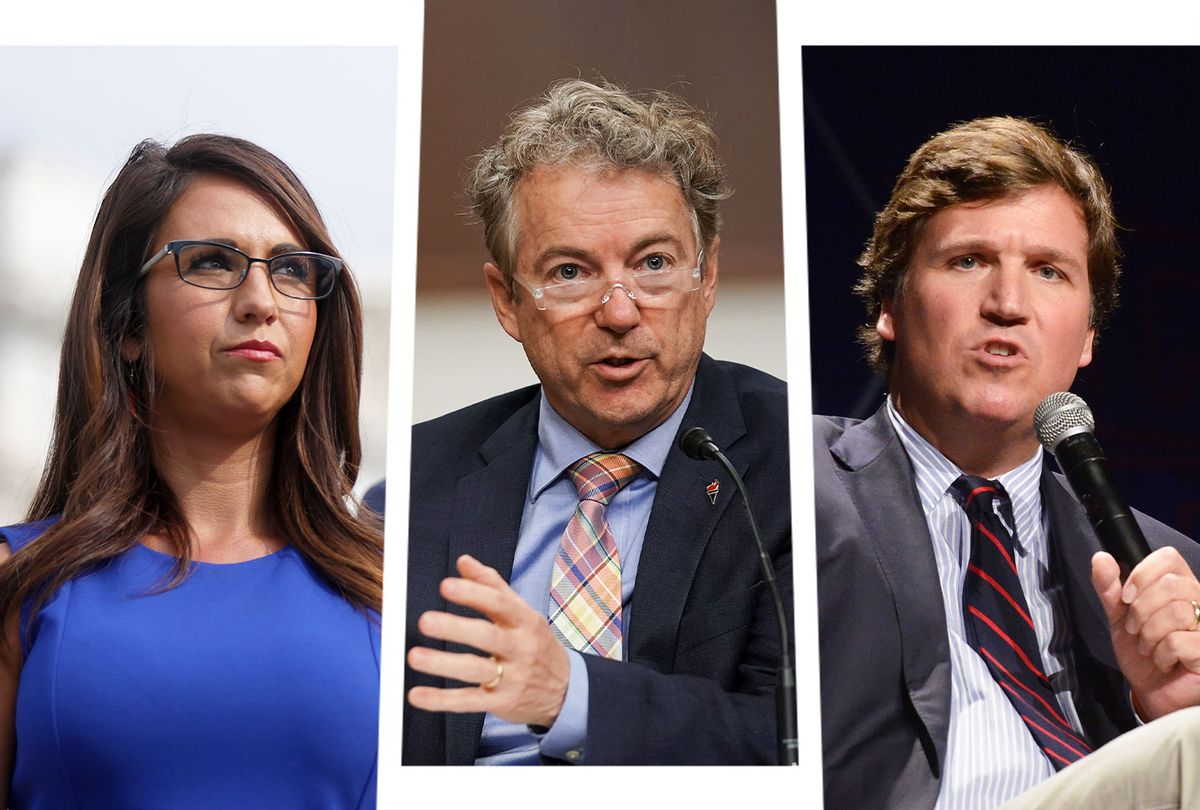 Conservatives are criticizing President Biden and White House Press Secretary Jenn Psaki for going on vacation amid political unrest in Afghanistan following the Taliban's military seizure of the Afghani government.

On Sunday, the Taliban swept the nation's government building in Kabul, formally ousting the Afghanistan President Ashraf Ghani, who some viewed as a progressive visionary that would transform the country into a more modernized, technocratic state. The development – which marked an end to the two-decade-long U.S. military campaign ostensibly aimed at preventing the Taliban's rise to power – unleashed a tidal wave of criticism aimed at Biden from the right.

On the right, U.S. politicians have been quick to pounce on the fact that Biden was not spending his weekend at the White House to field questions about the situation. The president had has instead taken a jaunt to Camp David, a woodsy presidential retreat in rural Maryland.

"Why is Joe Biden in hiding?" asked Sen. Tom Cotton, R-Ark, who falsely claimed he'd served as an Army Ranger in Afghanistan from 2011 to 2014. "He should immediately address the nation and answer for the catastrophic situation in Afghanistan. Conference calls between cabinet secretaries and senators don't cut it in a crisis."

Rep. Lauren Boebert, R-Colo., echoed: "No person who calls themselves the President of the United States should be on vacation while the world crumbles down around them. The dereliction of duty continues."

Others took aim at Paski, who according to a Fox News report, responded to media inquiries with auto-replies indicating that she is on vacation until August 22.

"World watches a collapse of 20 yrs of US involvement in Afghanistan and WH takes vacation," tweeted former Arkansas Gov. Mike Huckabee. "I guess [Psaki] will 'circle back.' Jen Psaki 'out of the office' as Biden remains silent on Taliban takeover of Afghanistan."

"Psaki being on vacation with an out of office email response during a historic foreign policy failure," he added.

Others on the right pulled from a more familiar playbook, blasting the military's apparent "wokeness" in light of its strategic failure in Afghanistan.

"How did our woke generals fail so badly?" Donald Trump Jr. tweeted last week. "They wasted billions and billions of dollars. The American people and especially those who risked life and limb in Afghanistan deserve answers from them."

Rod Dreher, a senior editor at The American Conservative, claimed, in reference to the chaos in Afghanistan, that "the US government is so busy centering wokeness that it is ignoring the real world."

"Gen. Mark Milley must resign," wrote conservative political commentator Mercedes Schlapp. "He is the wrong man for this critical job. "He was so focused on creating a 'woke' military instead of stopping the Taliban and terrorists in Afghanistan. He lacks judgement and common sense."

Her comments stem from a hearing held in June in which the chairman of the Joint Chiefs of Staff Mark Milley expressed openness to teaching critical race theory to the troops, citing the importance of the military being well-versed in different political philosophies.