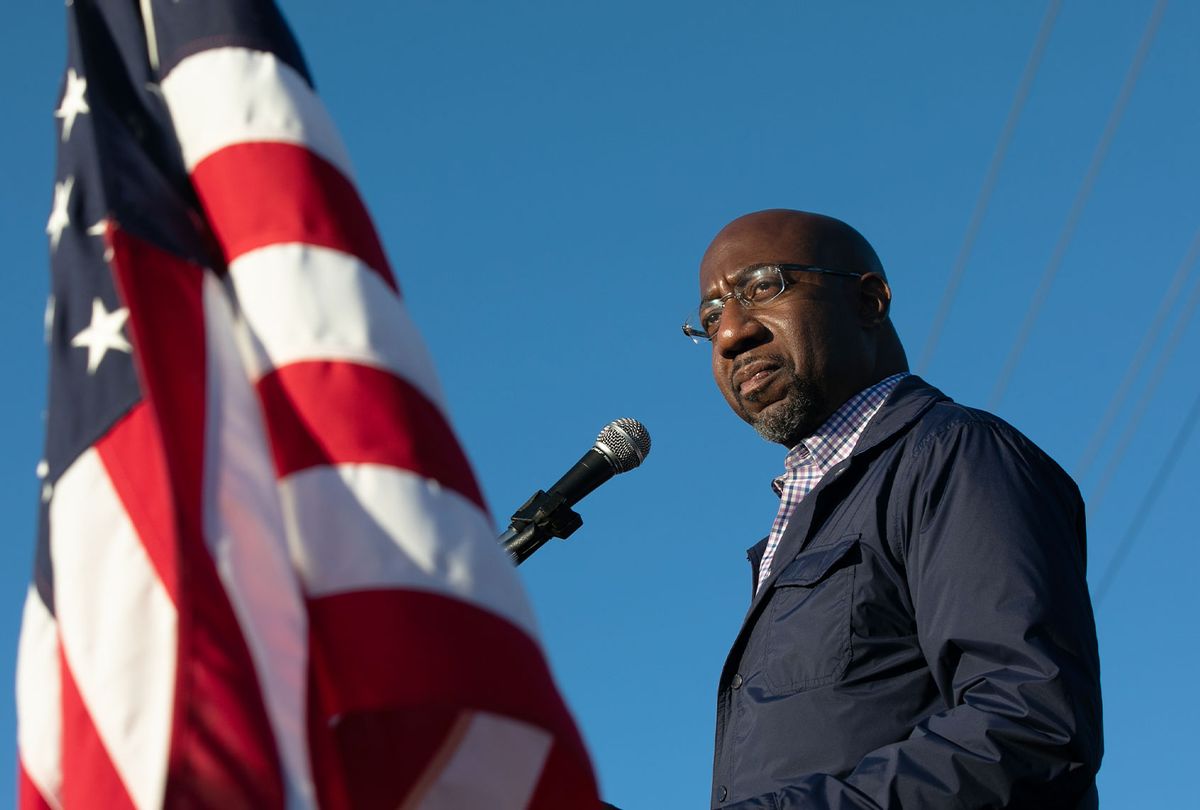 A New York City Proud Boy pleaded guilty for threatening to slice "a throat" and assassinate freshman Sen. Raphael Warnock, R-Ga., before and during the Capitol insurrection.

The Queens man, Eduard Florea, 41, admitted to his own guilt by video on Monday from a federal jail in Brooklyn, and is now facing up to fifteen years in prison for one count of transmitting threats to injure and another count of possessing ammunition after a previous conviction.

Court documents show Florea's increasingly violent rhetoric leading up to the swearing in of Warnock, who in a momentous Georgia runoff election last year established himself as the state's first black senator in U.S. history.

"Warnock is going to have a hard time casting votes for communist policies when he's swinging with the fish," Florea wrote on Parlor, a microblog popular with conservatives, on Jan. 5, just ahead of the fatal riot he participated in a day later.

As the riot unfolded, Florea disseminated messages to his fellow insurrectionists looking to breach the Capitol and thereafter attack sitting politicians. "I am ready," he wrote on Parlor. "We need to regroup outside of DC and attack from all sides … talking to some other guys … I will keep watching for the signal."

Florea continued: "The time for peace and civility is over," he wrote on the app. "Guns cleaned loaded … got a bunch of guys all armed and ready to deploy … we are just waiting for the word,"

"It's time to unleash some violence," the Proud Boy added.

On January 12, federal agents stormed Florea's neighborhood in Queens, raiding his home, where they found over 1,000 rounds of ammunition, swords, hatchets, and nearly 80 military-style combat knives. According to The New York Times, Florea had already been convicted of illegally possessing an AR-15 and a semiautomatic shotgun back in 2014, rendering his recent possession of ammunition illegal.

Florea is set to be sentenced on November 29, according to federal prosecutors.

"With today's guilty plea, Florea admits to threatening the life of a successful candidate for the U.S. Senate and to urging others to take up arms to unleash violence at the Capitol," Jacquelyn M. Kasulis, the acting U.S. attorney for the Eastern District of New York, said in a statement. "This office is deeply committed to protecting our democratic institutions and to using all available tools to preserve the public safety, uphold the rule of law and support the peaceful transfer of power."

Back in March, a federal indictment revealed that 60 Proud Boys had used encrypted messages to plan out their attack on the Capitol. So far, at least 25 members of the far-right militia have been charged in connection to the riot.