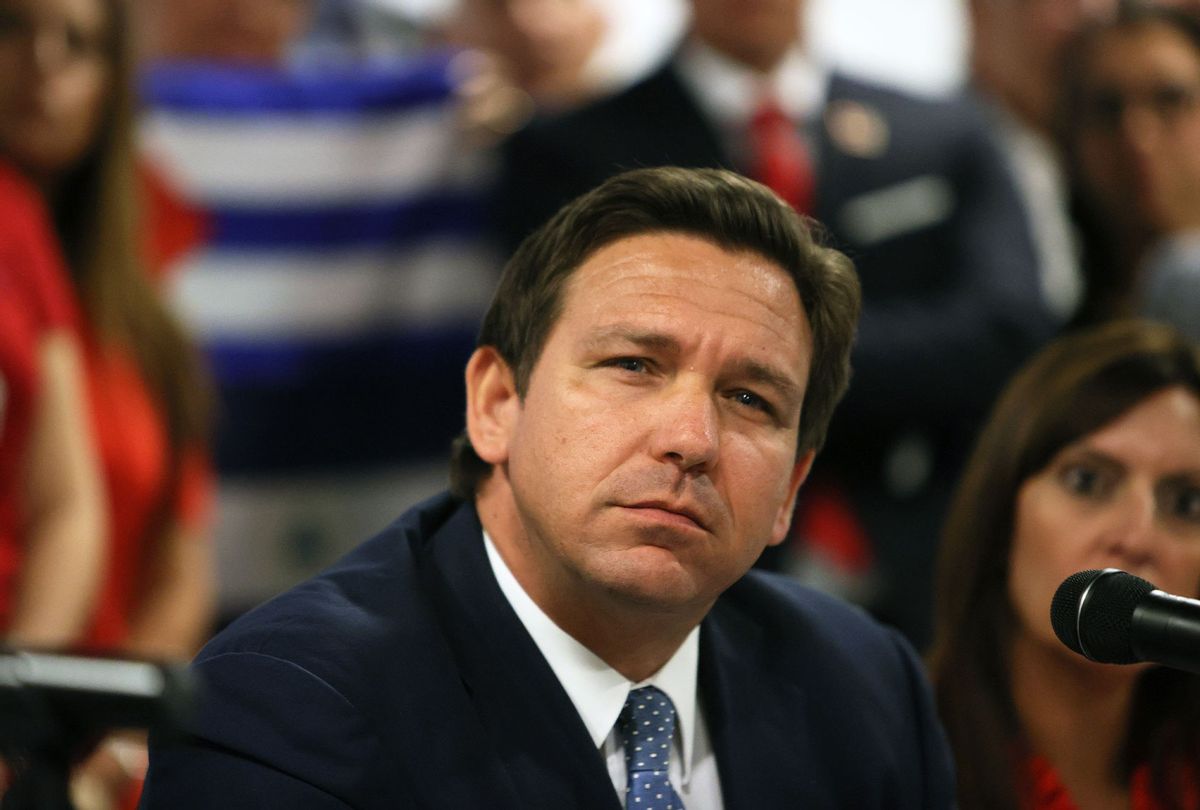 As the Delta variant of COVID-19 continues to ravage Florida and the southern region of the U.S., Gov. Ron DeSantis (R) appears dead-set on ignoring advice from experts to mitigate the spread of the virus.

In Vanity Fair, Charlotte Klein explains how the governor's obsession with Fox News may be backfiring on him. Klein notes that a new report has revealed the governor "has yet to meet one-on-one with his state's top public health official this year" despite making time for numerous Fox News appearances.

Some of those same off-base claims come straight from the conservative news depot: Fox News. Vanity Fair's Klein offers highlights from an exposé written by Tampa Bay Times political editor Steve Contorno. After reviewing hundreds of pages of emails between DeSantis' office and Fox News, Contorno broke down the connection between the Republican governor and the news outlet.

Following Trump's presidential election loss, DeSantis' Fox News airtime requests soared, with the Florida governor being asked to appear on the network "nearly once a day."

"In a detailed exposé about the symbiotic relationship between DeSantis and Fox News, Tampa Bay Times political editor Steve Contorno reviewed emails between DeSantis's office and the network that totaled more than 1,000 pages. Contorno found that the governor is a mainstay on the network; he was asked to appear 113 times, "or nearly once a day," in the period between November 2020 and February 2021, after Donald Trump's loss."

"This heightened exposure has boosted DeSantis' name recognition and made him a familiar face to important Fox viewers, potentially furthering his presidential ambitions," Goodman said.

"He's been given the first Fox audition for 2024, which also means he gets to set the bar," Goodman told The Tampa Bay Times. "That means all the other competitors when they have their chance to have their day on Fox, there's a measuring stick that they're going to be up against, and that's the governor of Florida."

DeSantis' right-wing media profile may be on the rise, but so are COVID cases, positivity rates and hospitalizations in his state. It's clear Floridians are the ones suffering the consequences.