"There was no grand scheme with Roger Stone and Alex Jones ... to storm the Capitol and take hostages" 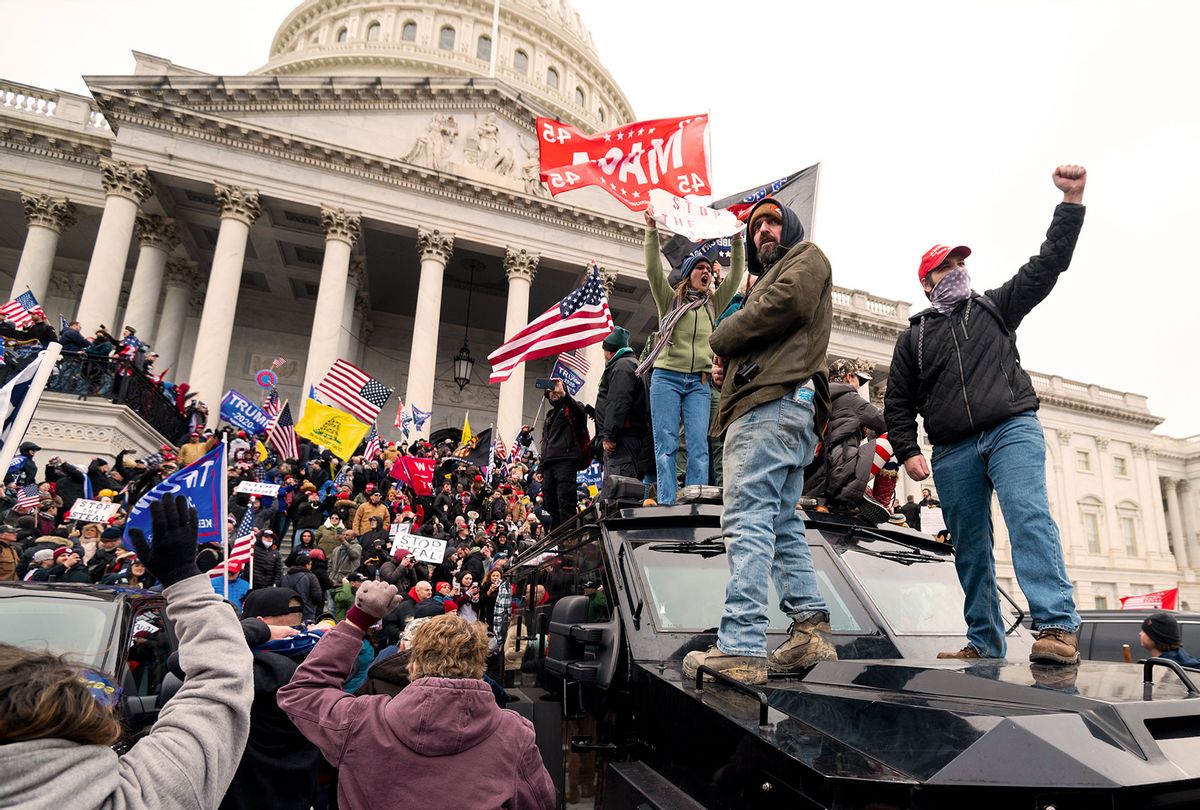 The FBI has found little evidence that the Jan. 6 Capitol riot was a coordinated plot to reinstall Donald Trump as president, according to a report, potentially putting to rest months of speculation that far-right militias and white nationalist groups had prepared an organized assault on the nation's capital.

According to Reuters, which interviewed four unnamed FBI officials familiar with the agency's probe into the insurrection, there is scant evidence to suggest that far-right groups, Donald Trump, or any of the former president's allies colluded to incite the unrest.

"Ninety to ninety-five percent of these are one-off cases," a former senior law enforcement official told Reuters. "Then you have five percent, maybe, of these militia groups that were more closely organized. But there was no grand scheme with Roger Stone and Alex Jones and all of these people to storm the Capitol and take hostages."

The officials did note that far-right groups – like the Oath Keepers, Proud Boys, and Three Percenters – may have collaborated in breaching the Capitol on the day of the riot. However, there appears to be no evidence of a coordinated plan around what would come after these groups made their way inside the building.

The FBI acknowledged that, ahead of the riot, there was a modicum of planning by one Proud Boy leader, who encouraged the group to stockpile military-style equipment, like bulletproof vests, and instructed them to splinter off into groups while storming the Capitol.

Back in late March, Michael Sherwin, the former acting U.S. attorney for Washington, D.C., told CBS' "60 Minutes" that federal prosecutors were "trending toward" sedition charges, saying, "I believe the facts do support those charges. And I think that, as we go forward, more facts will support that."

However, Reuters reported that there has been little to no talk among FBI officials of charging anybody with "seditious conspiracy." The publication added that the agency is likely to steer clear of indicting anyone with racketeering charges, which are often used to break up criminal gangs that carry out organized violence.

FBI officials also suggested that the agency has no reason for charging any one individual with orchestrating or masterminding the riot. This also appears to go against Sherwin's testimony, in which the attorney claimed that Trump was the "unequivocal … magnet that brought the people to D.C."

Several political commentators have casted doubt over Reuters' report, emphasizing that the FBI is downplaying reams of evidence that suggest the riot was organized in advance of Jan. 6.

"It is false to say (as that Reuters report did) that no group had a central role in organizing the insurrection," Wheeler wrote on Twitter. "The Proud Boys did. And they explicitly were aiming to get 'normies' to behave like them."

Alan Feuer, a legal reporter at the New York Times, echoed Wheeler. "Private communications in the FBI's possession clearly show that leaders of the Proud Boys, for example, discussed on Jan. 5 and Jan. 6 their desire to 'rile up the normies' — which is to say, the ordinary people in the crowd that day," Feuer tweeted.

As of this month, 40 members of the Oath Keepers and Proud Boys have been indicted on conspiracy charges in connection to the riot.