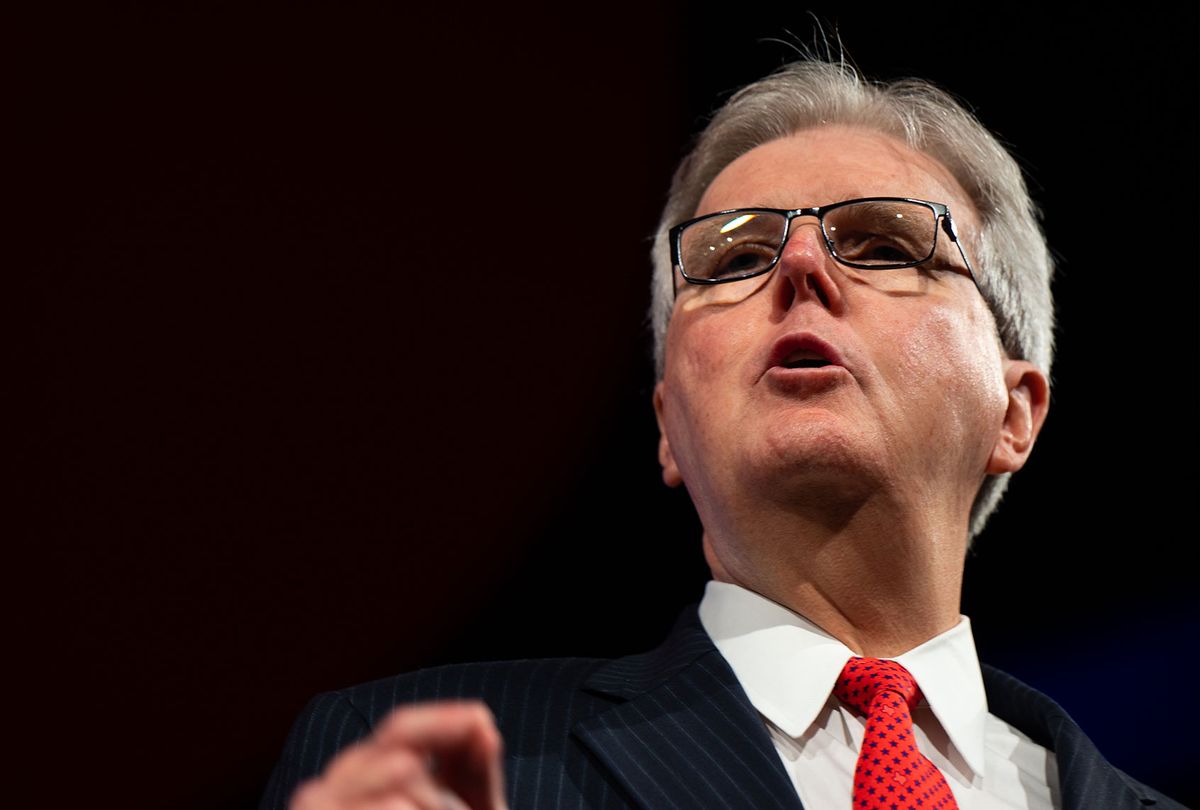 "African Americans who have not been vaccinated" are "the biggest group in most states" driving the new surge in the coronavirus cases, Patrick said on a Thursday night Fox News broadcast with host Laura Ingraham. Patrick's comments came after Ingraham asked the Texas official whether he thought lax Republican policies were enabling the spread of the virus.

"Democrats like to blame Republicans on that," Patrick answered. "Well, the biggest group in most states are African Americans who have not been vaccinated. The last time I checked, over 90 percent of them vote for Democrats in their major cities and major counties, so it's up to the Democrats, just as it's up to Republicans, to try to get as many people vaccinated."

"[The Democrats] are doing nothing for the African American community that has a significant, high number of unvaccinated people," Patrick added.

"The Lt. Governor's statements are offensive and should not be ignored," Houston Mayor Sylvester Turner wrote on Thursday.

Political commentator Keith Olberman echoed: "Bluntly: @DanPatrick is this era's Orville Faubus or Lester Maddox. May he burn in hell for it."

"Lt. Gov. @DanPatrick is a lying racist," tweeted Dr. Jorge A. Caballero, clinical instructor at the Stanford University School of Medicine. "We know this because [census] data shows that White Texans are responsible for twice as many cases as Black Texans, and there are 3 unvaccinated White Texans for every 1 unvaccinated Black Texan."

According to the Texas Department of State Health Services, Black residents in the Lone Star State made up 16.4% of the state's new cases and just 10.2% of deaths as of Aug. 13, as The Washington Post noted. In fact, the highest case rates are seen in the state's White and Hispanic populations, who respectively account for 34.9 percent and 35.8 percent of all coronavirus cases in Texas.

Patrick's comments come amid a period of heightened partisan conflict in the state, with Texas' Republican leadership attempting to wrest control over policies regarding vaccine and mask mandates. Republican Gov. Greg Abbott has been especially active on this front, fighting to ban mask mandates in school districts despite a sharp uptick in COVID cases amongst kids.

On Tuesday, Abbot announced that he himself had contracted the disease – the very same day Texas requested five additional mortuary trailers to accommodate an expected wave of deaths.