How Aretha Franklin asserted control over her career, paving the way for female musicians

For all her talent, Franklin’s rise to superstardom wasn’t easy 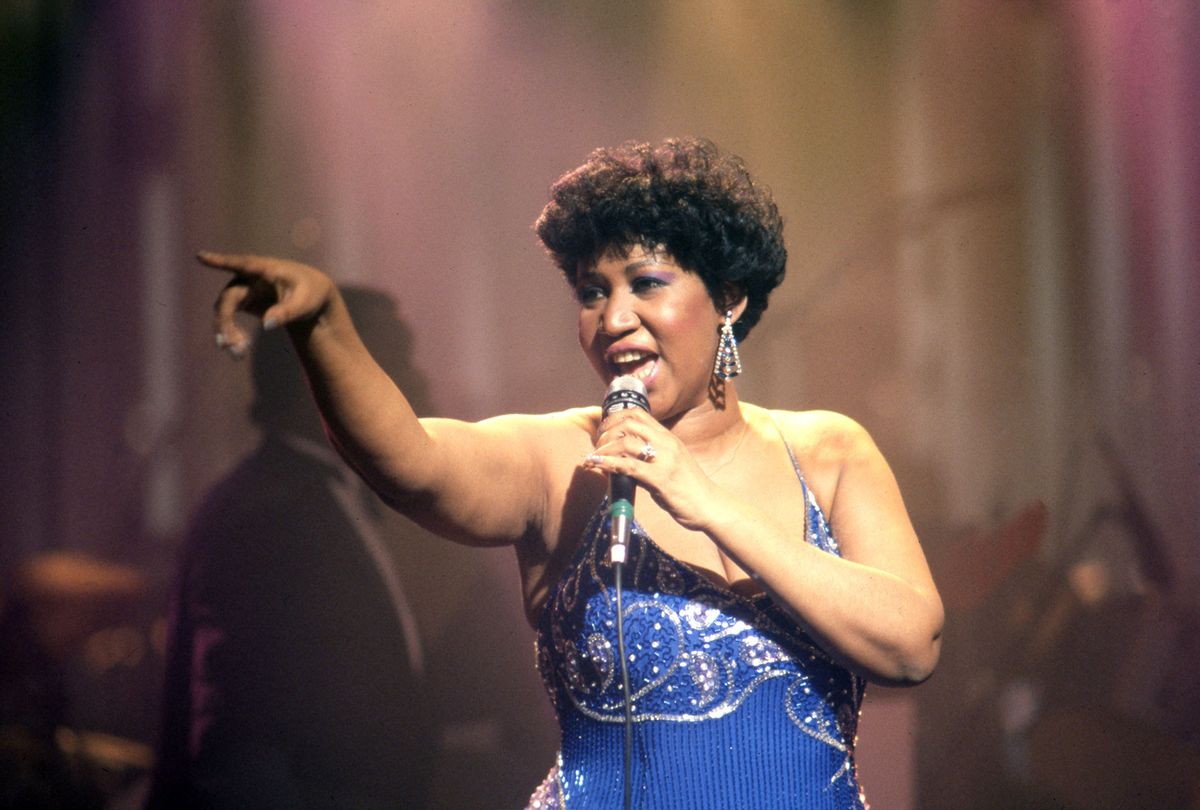 "I need a change," Aretha Franklin says at one point in "Respect," the new film starring Jennifer Hudson as the Queen of Soul. "I want to sing what I want to sing."

For all her talent, Franklin's rise to superstardom wasn't easy. When she left the world of gospel music to try to become a mainstream pop star, it meant a move into a segment of the industry that was dominated by men who had very specific assumptions about how a woman should sing – and what she should sing about.

Franklin's ability to assert control over her career was a watershed moment for female artists seeking to find and maintain their own artistic voice.

Columbia tries to mold a starlet

Aretha Franklin began her career in Detroit singing gospel under the tutelage of her father, C.L. Franklin. As a teenage mother of two in the mid-1950s, sticking with gospel would have been a sensible path for the young singer.

During the 1950s, a number of gospel singers began successfully transitioning into secular music, including notables such as Sam Cooke and Willie Mae Thornton. The ambitious Franklin followed suit and left Detroit for New York City.

In 1960, Aretha Franklin signed a contract with Columbia Records after being pursued by John Hammond, a talent executive who, earlier in his career, had signed Billie Holiday.

At Columbia, Franklin recorded her first non-gospel album, "Aretha: With the Ray Bryant Combo," which was released in February 1961. Reviews were mixed. It wasn't so much the quality of the record as it was the hodgepodge nature of its tracks.

The album opens with "Won't Be Long," a song written by John Leslie McFarland, who penned a number of hits for 1950s rockers like Bill Haley and Elvis Presley.

The track is a streamlined piece of R&B with a tinge of rock 'n' roll thrown in for good measure. Franklin's role on the song – and the album – is entirely as a vocalist. The keyboard playing and song arrangements – two of Franklin's particular strengths – were left to her male backing ensemble and production crew.

"Won't Be Long" is a peppy song, but it doesn't exactly showcase Franklin's talents.

As much as the song rocks, it plays into the same male fantasy of girls pining away for boys who have run off.

"I get so lonesome since the man has been gone," she sings, echoing a tired trope. Despite the message, it's Franklin's voice – jubilant and strong – that takes over. By the end, the meaning no longer matters. What's left is Franklin, who clearly doesn't seem all that bothered about the idea of her man staying or leaving.

After "Won't Be Long," things get truly odd. The energy of the opening fizzles as Franklin's cover of "Over the Rainbow" begins. The juxtaposition of these two songs epitomizes the confusing nature of her first album. It's almost as if the executives at Columbia couldn't decide which silo of "feminine popular singer" Franklin should occupy, so they tried a bit of everything.

The rest of the album sustains the same random vibe; Franklin covers standards from Gershwin to Meredith Wilson, with an overdose of McFarland tunes in between.

The album didn't generate much traction, and her career at Columbia can only be described as frustrating, with her artistic impulses continually suppressed by a company that seemingly wanted to mold a starlet rather than an artist.

Franklin became exasperated with a label that didn't understand or support the music she was trying to create. By 1966, after nine albums, Columbia and Aretha Franklin parted ways.

Enter Jerry Wexler, the R&B pioneer and Atlantic Records executive who'd been closely following Franklin's career. Now free of Columbia, Franklin signed with Atlantic Records, which was known as one of the best R&B labels in America.

Wexler's strategy with Franklin was simple. Rather than attempting to adhere to older standards – as Columbia's producers were prone to do – Wexler would simply stay out of Franklin's way, giving her a freedom that led to her creating some of the most exciting and forward-thinking soul music of the era.

A key moment came when Wexler arranged a recording session at the legendary FAME studios in Muscle Shoals, Alabama.

That session produced the song "I Never Loved a Man the Way I Loved You," which was recorded live at the studio. Thematically, "I Never Loved a Man" isn't all that different from the Columbia release of "Won't Be Long" – it essentially plays into same male fantasy trope.

But the music is clearly about Franklin.

Utilizing musicians from Muscle Shoals and Memphis' Stax Records, the song contains a grit and energy that isn't on the Columbia recordings. With punctuating horns and bluesy guitar fills, the band expertly supports Franklin without overstepping.

"Everything came together for Franklin in Muscle Shoals."

While "I Never Loved a Man" may have been the first song released and the title of the album, it was the album's opening track that truly launched Franklin's star.

Drop the needle on the album, and you'll hear horns and a spunky guitar riff. As Franklin sets in to the opening lyric – "What you want, baby I got it" – her piano can be heard hitting like a second drum kit, adding a percussive boom to the entire song.

According to Wexler, the idea to cover "Respect" and the arrangement were Franklin's. Upon hearing the song that many now herald as a feminist anthem – rather than a song about a relationship – Otis Redding, who wrote the tune, infamously told Jerry Wexler, "That little gal done took my song."

The rest is history.

This is an updated version of an article originally published on August 18, 2018.