Trump booed at rally after telling supporters to "take the vaccines"

"No, that's okay. That's alright. You got your freedoms, but I happened to take the vaccine" 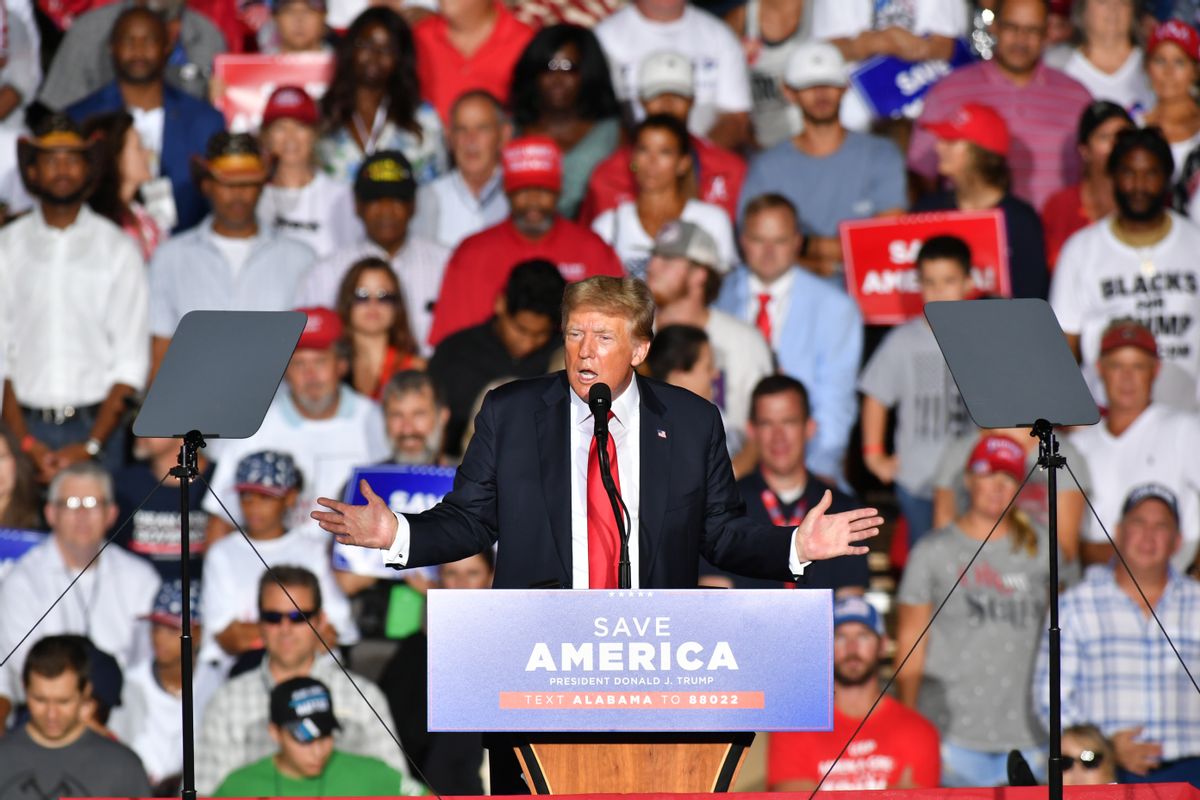 Former President Donald Trump on Saturday emphatically embraced the COVID-19 vaccine in front of a crowd of his supporters, igniting boos from rally-goers in Alabama, video shows.

"Take the vaccines! I did it, it's good!" Trump told the crowd as some attendees started to boo.

Responding to the boos, Trump continued: "No, that's okay. That's alright. You got your freedoms, but I happened to take the vaccine."

"If it doesn't work, you'll be the first to know, okay?" he added, as the crowd erupted in applause.

Cullman, AL, where Trump's rally was held, declared a state of emergency on Thursday after experiencing a 218% increase in hospitalizations over the previous two weeks, Insider reports.

Advisers to the former president have reportedly urged him for months to make a public service announcement about the effectiveness of the COVID-19 vaccine. In April, Trump suggested he would make a "commercial" for the vaccine, but that video never materialized. Still, the former president's face-to-face appeal to a crowd of supporters marked, as one commentator put it, "the first good thing Trump has ever said."