“He must be disqualified”: Progressives fume after Biden picks Rahm Emanuel as Japan ambassador

Emanuel “covered up the murder of Laquan McDonald,” says Rep. Rashida Tlaib. “That alone should disqualify him” 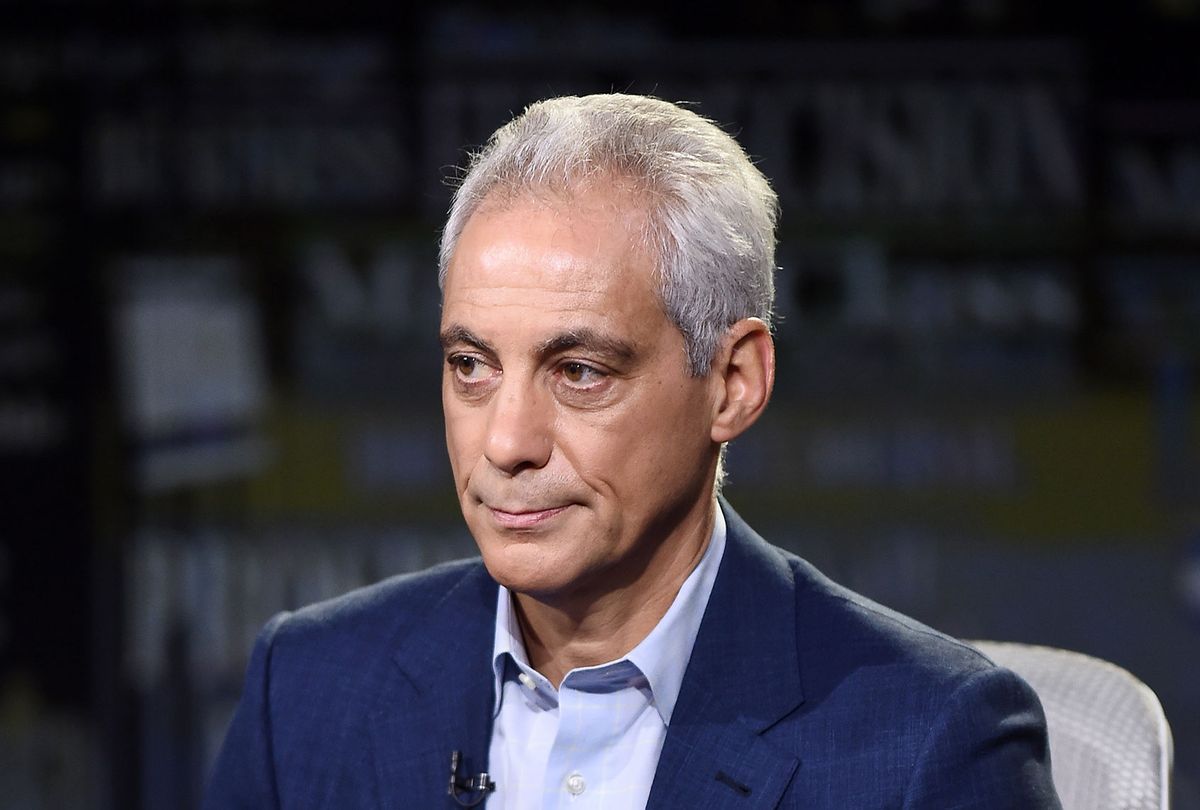 Progressive members of Congress called on the Senate to reject President Joe Biden's nomination of former Chicago Mayor Rahm Emanuel over his role in the cover-up of the police killing of Laquan McDonald.

Biden on Friday announced his intent to nominate Emanuel, who also served in Congress and worked in the White House under Barack Obama and Bill Clinton, to serve as the administration's envoy to Japan after prior backlash sunk the former mayor's hopes of landing a coveted Cabinet position.

Emanuel dropped plans to run for a third term and left office under a cloud of criticism following his handling of the shooting of McDonald, a 17-year-old Black teen who was fatally shot by police 16 times in 2014. The Emanuel administration, which agreed to a $5 million settlement with the teen's family, fought to withhold dashcam video of the shooting for over a year before a judge ordered its release in November 2015. The video showed McDonald, who was holding a knife, walking away from police before he was shot. Prosecutors ultimately charged former Officer Jason Van Dyke with first-degree murder but Emanuel continued to face allegations that he covered up the video to preserve his 2015 election hopes.

Emanuel lobbied hard for a job in Biden's Cabinet, pushing to be named as secretary of Transportation before the president tapped former South Bend Mayor Pete Buttigieg instead following pushback from progressive lawmakers. Those lawmakers renewed their criticism after Friday night's announcement.

"Rahm Emanuel covered up the murder of Laquan McDonald," tweeted Rep. Cori Bush, D-Mo. "He must be disqualified from ever holding an appointed position in any administration."

"In any other line of work, he'd never have a job again," he said, adding that "Senators of good conscience must not vote to confirm him."

Rep. Jamaal Bowman, D-N.Y., argued that Emanuel did not deserve an ambassadorship after his tenure in Chicago.

"When elected officials use their power against Black lives, they should not receive this honor," he tweeted. "We still remember Laquan McDonald."

Rep. Rashida Tlaib, D-Mich., said that Emanuel "should not be made an Ambassador to anything."

"If you believe Black lives indeed matter, then the Senate must reject his appointment immediately," she wrote.

Talib noted that Emanuel has long been a foe to progressives, calling him "Wall Street's mayor." Emanuel during his tenure earned the nickname "Mayor 1%" after facing criticism for favoring wealthy developers at the expense of struggling communities. Emanuel's administration shuttered dozens of public schools and half of the city's public mental health clinics while pushing projects to expand charter schools and development plans that drew allegations that he was carrying out a "strategic gentrification plan" to "push people of color out of the city." Emanuel also pressed Obama to abandon his efforts to pass Obamacare while serving as White House chief of staff and played a major role in the Clinton administration's efforts to reform welfare, sign NAFTA, and implement tough-on-crime policies that resulted in an explosion of mass incarceration.

Democratic leaders defended Biden's pick amid the backlash. House Speaker Nancy Pelosi, D-Calif., said her former House colleague "is known and respected by all for his relentlessness and track record of success," praising Biden for choosing a "leader of immense experience and effectiveness to represent our nation in Tokyo." House Majority Whip Jim Clyburn, D-S.C., said he supports Emanuel's nomination because he "has the experience necessary to advance our country's strategic objectives."

One voice missing from the progressive backlash following Friday's announcement was Rep. Alexandria Ocasio-Cortez, D-N.Y., who had been one of the most vocal critics of Emanuel's contention for a Cabinet job.

"What is so hard to understand about this? Rahm Emanuel helped cover up the murder of Laquan McDonald. Covering up a murder is disqualifying for public leadership," she tweeted during Biden's transition last fall. "This is not about the 'visibility' of a post. It is shameful and concerning that he is even being considered."

Families impacted by police violence in Chicago have also previously pleaded with Biden not to appoint Emanuel, writing that his mishandling of police shootings was not limited to McDonald's.

Emanuel showed "contempt for communities of color" and "became a symbol of lethal disrespect for Black lives," the families of more than two dozen victims of Chicago police violence said in a joint statement in June, warning that naming him as an ambassador "would make the U.S. government a similar symbol."

One of the signers was Dorothy Holmes, who filed a wrongful death suit against the city after dashcam video that the city tried to withhold showed police shooting her son, Ronald Johnson, in the back.

"Rahm Emanuel covered up the murder of my son," Holmes told The Daily Beast earlier this summer. "Rahm Emanuel does not deserve to be the ambassador of anything. Rahm Emanuel belongs behind bars."