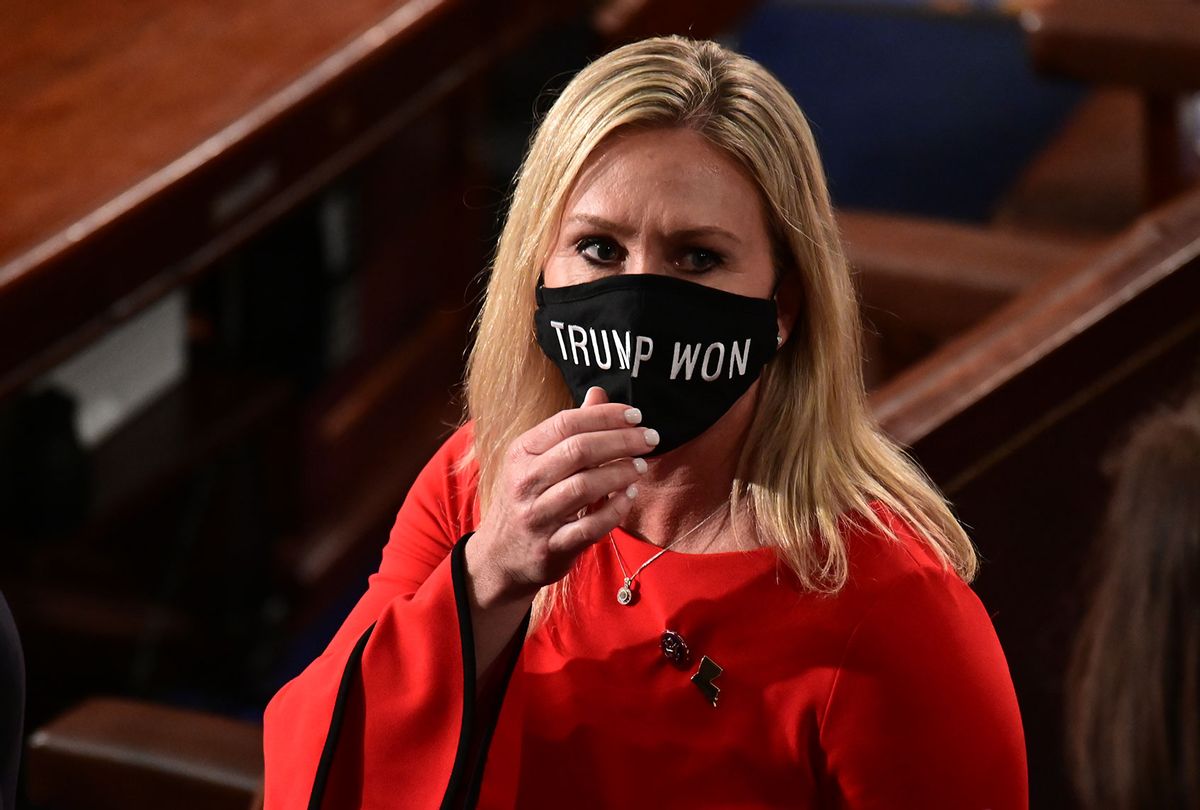 In a column for The Atlantic, political analyst David Graham attempted to penetrate the reasons why Republicans -- and conservatives in general -- are fighting so hard against masks to stop the spread of the resurgent COVID virus in the face of polls showing a massive majority of Americans support masking up.

With Republican Governors Ron DeSantis (FL) and Gregg Abbott (TX) pushing legislation and executive orders banning mask mandates, the Republican Party is getting bogged down with a reputation as the anti-science party.

As Graham notes, there is a deeper reason for bucking public opinion.

"The reasons for this are not obvious. Before the current pandemic, vaccine skepticism was not disproportionately common among Republicans. Republicans are not less likely to get sick and die from the coronavirus. And, as conservative vaccine champions like to note, the current vaccines were largely developed during the Trump presidency," he wrote before adding that it would be wrong to call the GOP "anti-science."

Instead, the columnist suggests the GOP has adopted a defensive posture in the belief that their power is waning in a country undergoing major demographic changes and is heeding the complaints of what Graham calls "the noisy minority" whose also believe they are losing influence.

Writing, "the best way to think about the Republican opposition to COVID-19 precautions might be as another manifestation of the surging feeling in the American conservative movement that it represents an embattled minority that needs to use the power of government to defend its independence," Graham explained using, "Videos of angry parents berating school officials who are considering mask mandates have gone viral," as one of the reasons for Republican Party to buck majority opinion.

That, he explains, can be attributed to Donald Trump who lit the fuse leading to an explosion of anti-vaxx and anti-mask anger.

"Donald Trump thrust minority rule into the center of the Republican Party. He was elected president in 2016 with a minority of the popular vote, but has always purported to represent the true consensus of authentic Americans. ("Silent majorities" are, it turns out, just minorities.) When he was defeated in 2020 by an even larger popular-vote margin as well as in the Electoral College, his reaction—supported by many members of his party—was to attempt to have votes thrown out, and to allow the minority to override popular will."

"They are angry at someone (elites, liberals, the government, the establishment) for telling them how they ought to live," he elaborated. "Trump might not materially improve their position, but he's willing to stick it to those groups—and if that requires antidemocratic means, so be it. The current countermajoritarian resistance to masks and vaccine mandates emanates from the same feeling. Many conservatives are tired of being told how to live by the majority, and they want to live exactly as they please, even if that means they may die—and even if that means making other people sick along the way."