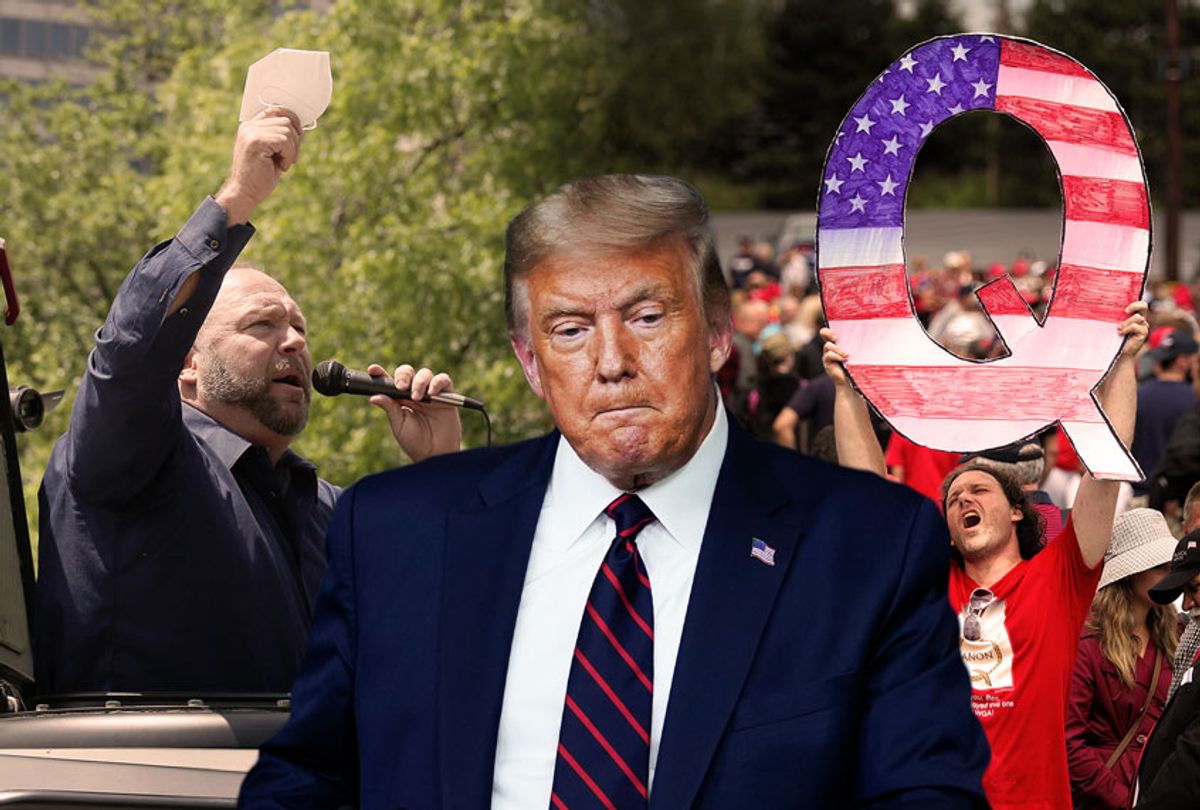 The Sandy Hook shooting denier made the colorful comments during a segment of an episode of Infowars on Sunday. Jones was condemning the former president for encouraging attendees at his Alabama rally over the weekend to get vaccinated   —  an honorable initiative, for once, by Trump.

"I believe totally in your freedoms," Trump started. "I do - you gotta do what you have to do. But I recommend  —  take the vaccines! I did it, it's good! Take the vaccines," Trump enthusiastically said amid boo's from the crowd  —  whose unwavering support for vaccine conspiracy theories apparently outweighs their support for the man partially responsible for vaccine hesitancy.

Just last week, Trump said that the vaccine booster shot sounded "like a money-making operation for Pfizer" during an appearance on Mornings With Maria on Fox Business.

Trump's changing of tune regarding vaccines during his rally, though, as his comments weren't well-received by the crowd, nor Alex Jones, who's done his own research.

Jones claimed that he knew from day one that the advertised efficacy of Pfizer's vaccine was fraudulent and that Pfizer didn't even make a real vaccine, but instead a "frakenshot." Jones then took pity on Trump, saying the former president had been duped by "bad actors," including Big Pharma and CNN President Jeff Zucker.

"Shame on you, Trump," Jones said after playing the clip from Trump's Alabama rally. "At least you're going to get some good Republicans elected,  and we like you. But, my god, maybe you're not that bright  —  maybe Trump's actually a dumbass," Jones said.

Jones is still banned from Facebook, Spotify, Google, Apple, and Youtube and is under investigation by the FBI, who is examining possible ties between Jones and those involved in the Jan. 6 insurrection.