Follow the money: Why House Democratic leader Steny Hoyer was so tepid on evictions 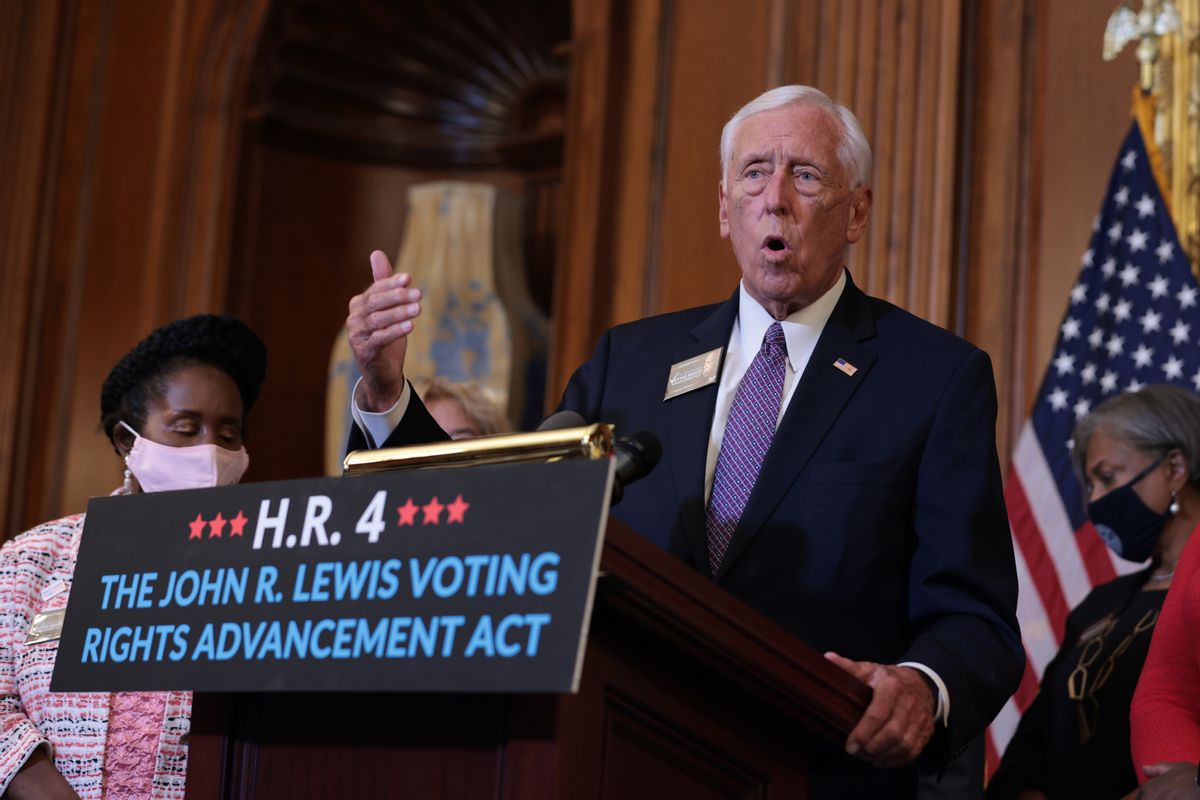 When the federal eviction moratorium expired last month, Washington responded. Progressives including Reps. Alexandria-Ocasio Cortez, D-N.Y., and Cori Bush, D-Mo., took to the steps of the Capitol in protest, pushing for action.

In stark contrast, moderate and centrist Democrats were quick to shift the blame to other branches of government rather than taking any action of their own.

House Speaker Nancy Pelosi has drawn criticism for her hands-off approach, especially after a Daily Poster report on her real estate ties. But her second in command, Majority Leader Steny Hoyer, D-Md., has potential conflicts of interest of his own with some of his past campaign donors.

The statement came despite a fairly explicit ruling from the Supreme Court that essentially said the opposite. The court ruled that any changes would need to come from Congress — not from the executive branch.

Ultimately, the Centers for Disease Control and Prevention extended the moratorium for most renters until early October. But despite growing concerns about COVID's delta variant, protections for renters have still been eroded. The previous moratorium covered the entire country; this time it only covers parts of the country with substantial or high rates of community transmission.

Pelosi, Chuck Schumer and Hoyer's response raises questions about why exactly these leaders would be so hands-off about extending the moratorium in practice, while saying something entirely different.

Hoyer's financial interests stem from his previous campaigns and who donated to them. (He did not respond to TYT's request for comment.)

In the 2020 election cycle, the Maryland congressman took money from several Wall Street firms that have been buying up single-family homes in the last year, ahead of the looming eviction crisis. The firms include Vanguard, Goldman Sachs, Carlyle Group and Invesco.

Hoyer took $5,000 from Vanguard's PAC, The Vanguard Group Committee for Responsible Government, in the most recent election cycle.

Despite the moratorium, many eviction cases are still in process. Princeton University's Eviction Lab found that more than 6,000 evictions were filed last week alone. Despite the moratorium, evictions are continuing for a multitude of reasons, such as inconsistent enforcement, courts interpreting the ban differently and some landlords actively ignoring the rules in the hope their tenants won't notice.

Carlyle Group has also been directly involved with evictions despite the moratorium. According to the tracker, the investment group opened 250 eviction cases in the past year. Hoyer took $2,000 from Carlyle's PAC in December 2019.

Goldman Sachs is another institutional investor buying up rental properties. The firm is also investing in smaller funds, including Fundrise, which allows investors to make smaller bets on home prices. In the past, Fundrise primarily has invested in commercial real estate, but it's now dabbling in the residential market, focusing on new homes. Goldman financed $300 million in credit for the fund.

Goldman Sachs has also invested in companies that help house-flippers, landlords and institutional investors find properties and turn them around quickly — a move that hurts those struggling to make ends meet in the process. (This is because when evictions start, the displaced will need to find new homes but are likely to be outbid by institutional investors who can make cash offers on the spot.)

In June of this year, Goldman Sachs invested $32 million in the software company Entera, which helps real estate developers, flippers and investors make instant decisions on bids for rental properties. According to Bloomberg, the software has been used to acquire more than $1 billion worth of property.

Goldman has helped create a situation that expedites finding a buyer amid a pending eviction and foreclosure. That means Goldman could effectively bar evictees from relocating.

And according to NBC News, that's exactly what institutional investors are doing. "If you're a first-time homebuyer and you're depending on a mortgage that takes two months to close and you're competing against someone who's making a cash offer you're at a disadvantage right off the bat," Karan Kaul, senior research associate for the Housing Finance Policy Center at the Urban Institute, told NBC.

In April, Fundrise partnered with homebuilder D.R. Horton to buy an entire neighborhood worth of new homes in Conroe, Texas, north of Houston.

Hoyer took $5,000 from Goldman Sachs in 2020 and in every year since 2007, according to FEC receipts, through the Hoyer for Congress PAC. He collected an additional $5,000 through his other PAC, AmeriPAC.

He also took money from Invesco. In June, Bloomberg reported that the firm pledged to invest a staggering $5 billion in Myrd Management to buy 20,000 single-family homes over the next three years.

Last month, Hoyer said, "[T]here's great concern about the welfare of both renters and landlords." He said he expects the House to take up the issue again. "[W]e are going to make sure that: a) the money gets out the door to the landlords and renters … and that, particularly, landlords of small — two or three units — who are using that income to supplement their retirement, or perhaps that is their retirement, are not left at risk."

Failure to block evictions, combined with Hoyer's Wall Street money, could present an opportunity for progressive challenger Mckayla Wilkes. Wilkes ran against Hoyer in the last primary and lost. But she performed better than Hoyer's previous primary rivals and took in $200,000 in donations only weeks before the vote.

According to the nonpartisan political news site Maryland Matters, when Wilkes unofficially announced her 2022 run in January, 400 volunteers signed up to help.

Wilkes says her grassroots campaign was hindered last year because of COVID. She told Maryland Matters, "COVID-19 had a lot to do with the halt in our operations — grassroots candidates depend on those one-on-one conversations with voters."