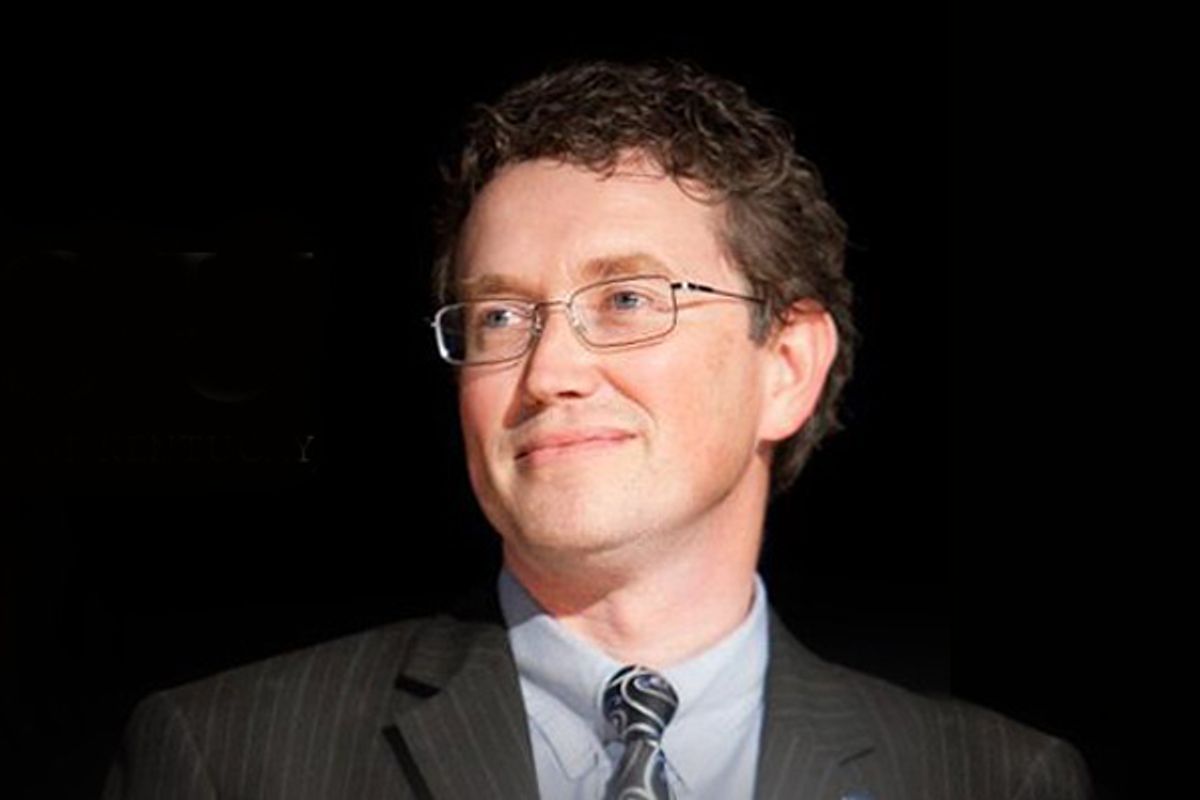 Kentucky Republican Rep. Thomas Massie was criticized for tweeting a meme showing an image of a person's wrist tattooed with a concentration camp identification number as a way to oppose coronavirus vaccine mandates.

An intern in Massie's office later quit, stating on Twitter that the offensive tweet was a red line.

The tweet seems to follow comments made by Rep. Marjorie Taylor Greene, a conspiracy theorist and fierce QAnon supporter, who has previously equated COVID-19 safety measures, like mask mandates, to the treatment of Jews during the Holocaust.

Although Greene later apologized, her remarks led to condemnation across the political spectrum, which included members of her own party. House Minority Leader Kevin McCarthy openly rejected the Georgia Republican's "appalling" rhetoric in May.