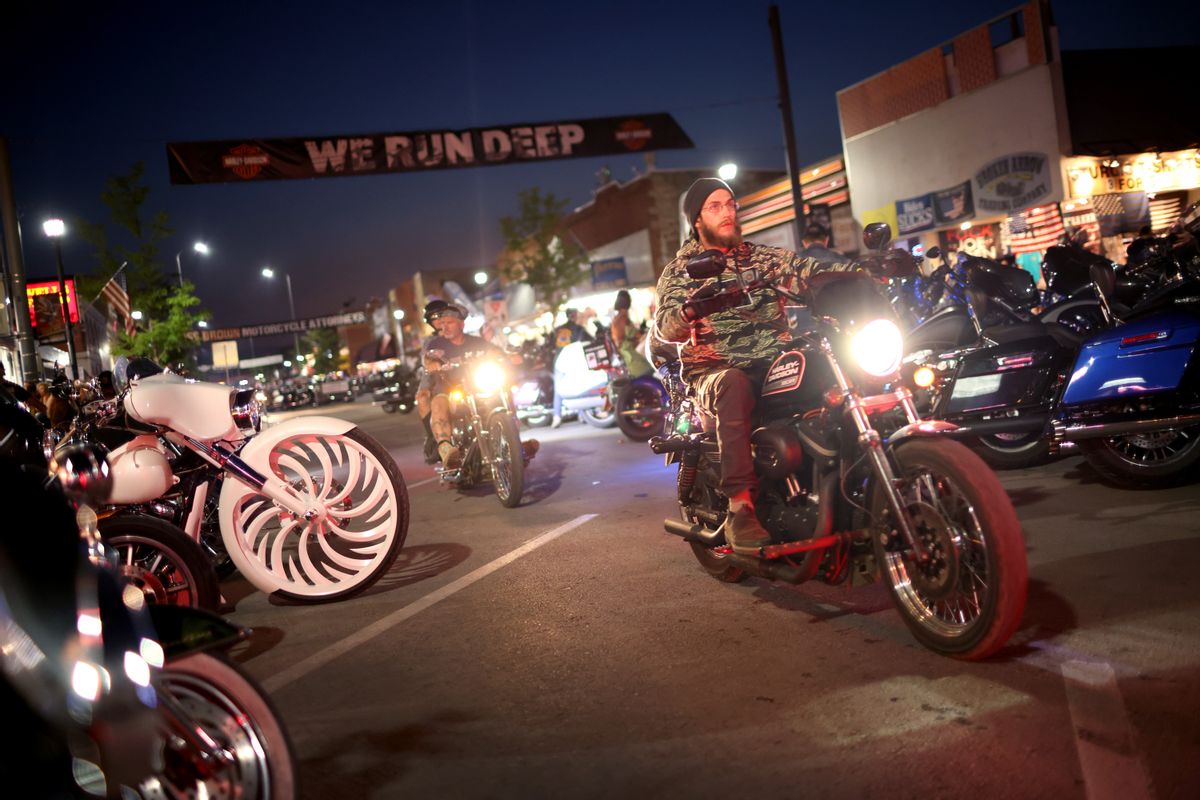 For the second year in a row, the Sturgis motorcycle rally has become a super-spreader event. In the 14 days since the rally, Meade County has had more than 1,500 percent increase in cases.

NBC News reported that South Dakota has 3,819 new cases and seven deaths. It's the largest percentage increase of any state in the U.S. thus far.

"The state's rate of Covid-19 infections per capita in the past two weeks is in the bottom half of the country, but it's the sharp and sudden increase in case counts that sets it apart," said the report.

"It's not the highest it has ever been but is definitely at a number that puts us at a disadvantage," said Dr. Shankar Kurra, the vice president of medical affairs at Monument Health. "You have a strain on resources and a lot of stress on the health system to give timely care to non-Covid patients."

The annual biker rally usually draws as many as 500,00 people, but in the era of COVID, things were smaller. In 2020, the event was such a massive superspreader that 5 million cases could be traced back to the rally.

But that was when COVID wasn't the delta variant, which experts believe is more easily transmissible. In 2020, Harley Davidson refused to even send staff to the event out of fear for their safety.

One Sturgis 2021 attendee explained that there was no way he'd get the vaccine because it would "make you sterile and kill your ass," both false claims. While he relayed the story he broke into a coughing fit.

T-shirts were available reading, "Screw COVID — I went to Sturgis."