Evangelicals, science and the vaccine: Refusal is built on deep-seated fear

Too many of my fellow evangelicals see science as the mortal enemy of faith. It doesn't have to be that way 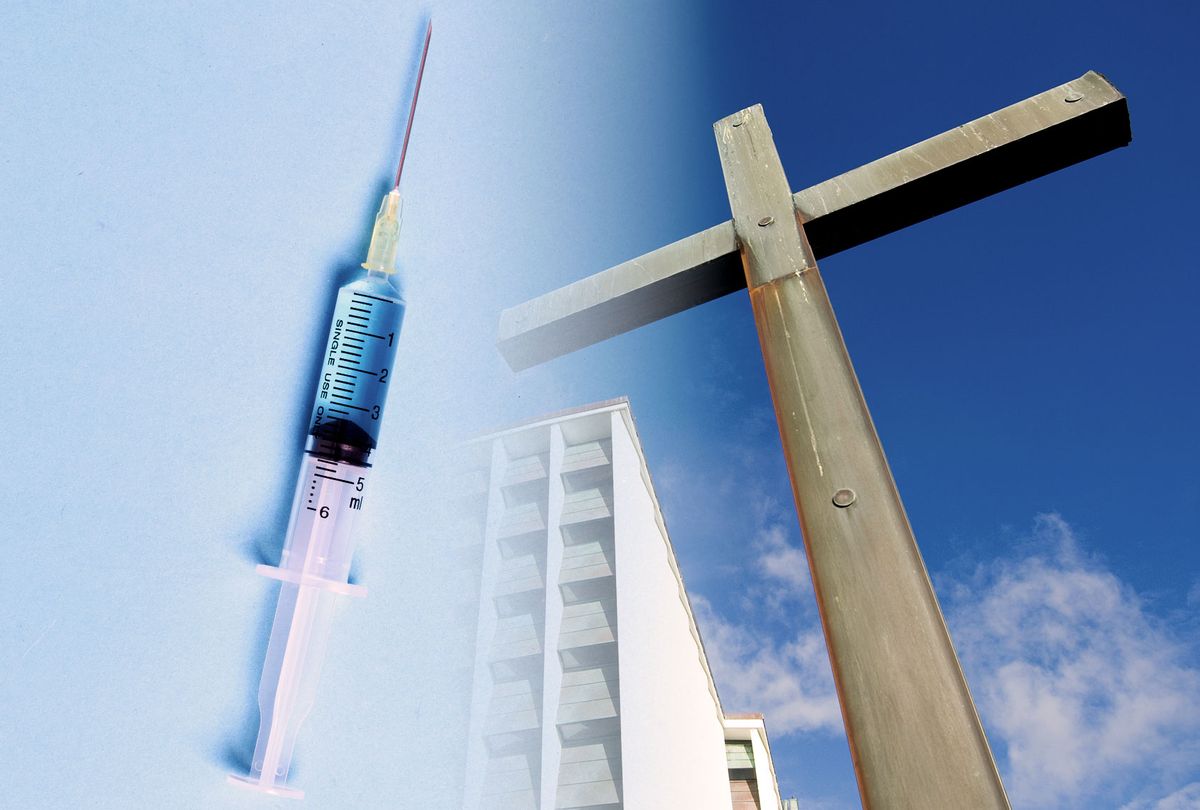 When my daughters were coming of age I never prevented any book from being on our shelves. Any book or any topic they wanted to read about or discuss, I made sure I provided for them. I don't believe in editing information from my daughters, from the churches where I served as an evangelical pastor, from my students or from my family and friends. I never understood when people were unwilling to engage with material that threatened their own point of view. Unfortunately for my fellow Christians, this is a major part of church history and the current Christian culture. This close-minded approach has been on full display during this pandemic of the unvaccinated.

From Darwin to COVID the church has been wrong. It's really about fear among the Christian faithful when they turn away from science. Even scientific theory is dismissed out of hand by the church because of a fear that somehow science will prove that God does not exist. As the pandemic spreads from one church to another and global warming continues to be ignored by the evangelical movement, it is clear that practitioners of the current Christian faith have not evolved from their ancestors who condemned Galileo and Darwin.

This is why it has been so difficult to get evangelicals to accept things proven by the scientific community. You have probably noticed that many Republicans still will not confirm that climate change is even a thing. They almost certainly know better but are spineless, too afraid to alienate their hardcore Christian constituency, despite the clear ignorance behind the evangelical understanding of the climate crisis.

As I said, this is about fear. Understand that for many people of faith it has become very challenging to hold onto that faith. Christians are asked to believe in an invisible being in the sky who keeps score of all our sins, and in the literal truth of a giant book put together over thousands of years that describes people rising from the dead, seas parting and water becoming wine. Because of this intense insecurity, which they cannot admit, some Christians cannot tolerate any information that weakens the case for the existence of God. (The more liberal Protestant denominations and the Catholic Church have made some progress in this area, although even there the relationship to science remains uneasy.) When science becomes the enemy, something like a vaccine cannot be trusted — because it was created by the same people that are trying to destroy God.

If Darwin is correct, then Adam and Eve never existed. If Adam and Eve never existed, then the lineage from Adam to King David (of David and Goliath fame), and then to Jesus Christ must be questioned. Many Christians simply do not want to ask those difficult and complicated questions. If dinosaurs were real (I know it is not if — just bear with me) then God never created anything in six days and then rested on the seventh. Science has proven that the earth is a few billion years old, instead of just a few thousand years old as the Bible would indicate. Science appears to the evangelical Christian to be a relentless hunter of their faith.

But science is just science. It has no agenda except to discover the truth. That is precisely the problem it presents for the faithful. To a person of faith, at least in the evangelical or fundamentalist tradition, only God is truth. Only God can be trusted. There is no theory or scientific method to discovering one's faith. A person either decides to accept the truth of God's existence or reject it and be condemned.

The scientific evidence around the climate crisis has become a threat to many evangelicals because it suggests that God's ultimate plan for his creation is not working. You see, according to the evangelical reading of the Bible, after the time of Christ there is a distinct calendar of events that follows, culminating in Armageddon. Evangelicals are usually pretty excited about this idea. Those nasty non-believers finally get what's coming to them and the good Christians get to win the battle against evil. In that context, a warming planet cannot be understood as a real concern. Potentially, it is even a signal of the return of Christ — why would a true believer do anything to stop that?

This brings us to the COVID vaccines and the fact that evangelicals have a culture and a long history of rejecting science. Somehow this vaccine has become a symbol of government overreach, but what's even more important to evangelicals is the idea that science is telling people of faith what is true. No matter how many evangelical leaders encourage their followers to get the vaccine, this rejection of scientific data is completely ingrained in the church, dating as far back as Galileo. It is and has always been about the fear of losing their faith.

I have never understood this fear, and in my view neither should any other person of faith. I go out of my way to read theories I disagree with, to listen to preachers I deem heretical and to attend seminaries that are in direct opposition to my political and social beliefs. This is how my faith grows. Reading a book like "The God Delusion" should be required by all Christian leaders. Not because the book expresses the words of the enemy but because we all must explore our own doubt. The leap is a leap for a reason and people of faith should lean into it, not run away from it. There is nothing to fear from scientific data and proper research. There is something to fear from the fearful and ignorant. Anyone who is not willing to question their own belief structure, or anyone that remains in their own echo chamber, is dangerous. That is why there is a pandemic of the unvaccinated. It is expressing the fear of people who claim to have none. It must be addressed, but that will not be easy.