To me, this ingredient will always be better than bacon

A New Jersey riff on a BLT 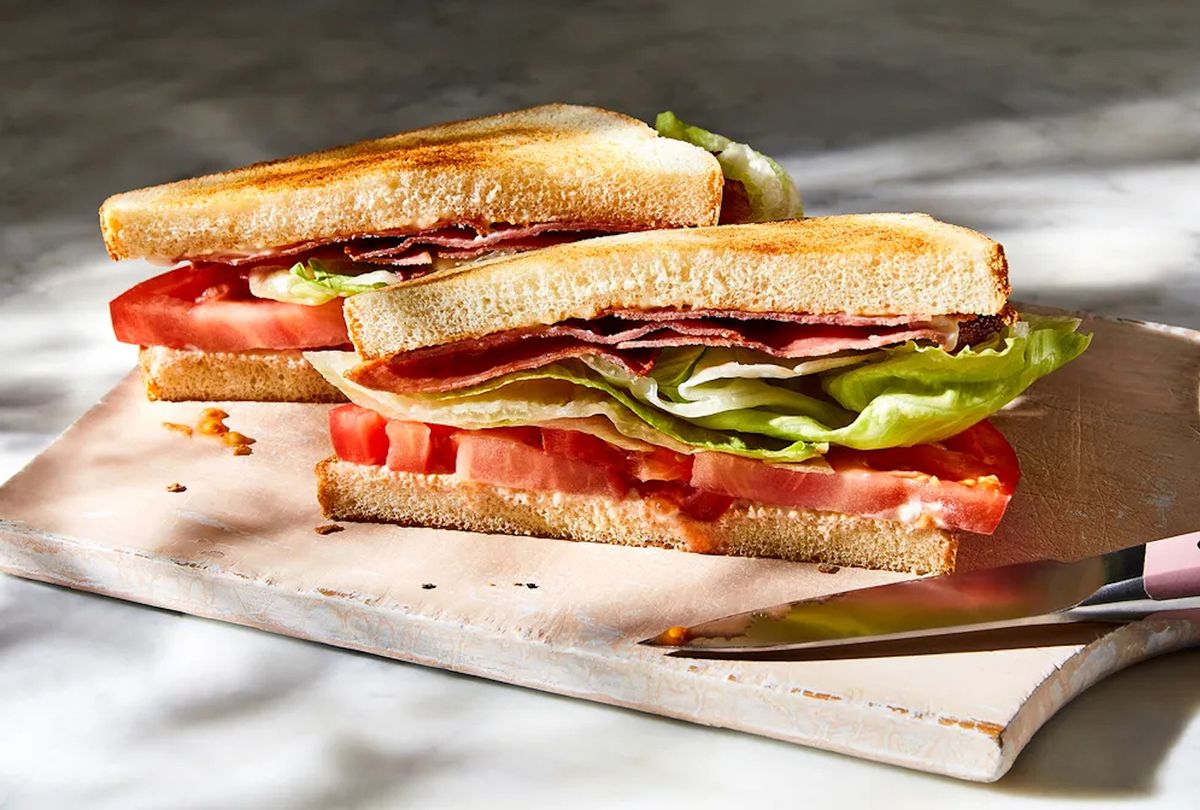 Depending on which New Jerseyan you ask, the most magical pork product of all time is either called "Taylor ham" or "pork roll." The former is more common in the north chunk of the state (that's me). The latter, more popular in the central and south. In any case, neither is the full name — as a 1908 advertisement read, "LOOK OUT For Imitators...SEE That You Get the Genuine TAYLOR Pork Roll."

The omission of ham was not an accident. Because technically speaking, Taylor ham is not ham. The Pure Food and Drug Act of 1906 nipped that in the bud. Made with salt, sugar, and spices, it has a salami-like flavor and Spam-like texture — so irresistible that, not long after its inception, my great-grandmother couldn't stop cooking it for breakfast, to the scorn of her kosher relatives.

Taylor ham was invented by John Taylor, born in 1836, in Hamilton Square, New Jersey. After working in a brick yard as a teenager, he went on to own a grocery store, chair a finance committee, establish an opera house, and become a senator, all the while fishing in his spare time. But pork roll is his legacy.

In New Jersey, this ingredient is findable at just about any supermarket — in a log or, more commonly, a pre-sliced package. It's also a given at just about any diner. Which is saying something in a state with more diners than any other state. Like bacon, Taylor ham thrives alongside fried eggs and hash browns. It's even better on a Kaiser roll with gooey eggs and gooier cheese. (NJ.com even ranked the top 20 "Taylor ham/pork roll sandwiches" — an honor-to-just-be-nominated sort of deal.)

Still, to limit Taylor ham to breakfast would be like caging a seagull at the shore. It is at home, yes, but it cannot soar as it longs to. Taylor ham is a smart swap just about anywhere you would use actual ham or bacon or sausage. Think: fried rice, carbonara, potato salad, macaroni and cheese, baked beans. Or a BLT.

Like bacon, Taylor ham only needs minutes in a skillet to become crackly at the edges and glossy with rendered fat. The trick is to score the slice, so that instead of puffing, it stays flat in the skillet, becoming crispy, then crispier, then crispiest. Its salty, porky umami is a soulmate to juicy tomatoes, watery lettuce, squishy bread, and so much mayonnaise.

And before you say it — I know. I know it can no longer be called a BLT without the B. And I agree, neither THLT or PRLT has quite the same ring. But none of these technicalities matter after you take a bite.