How these 6 liquor brands prioritize the planet 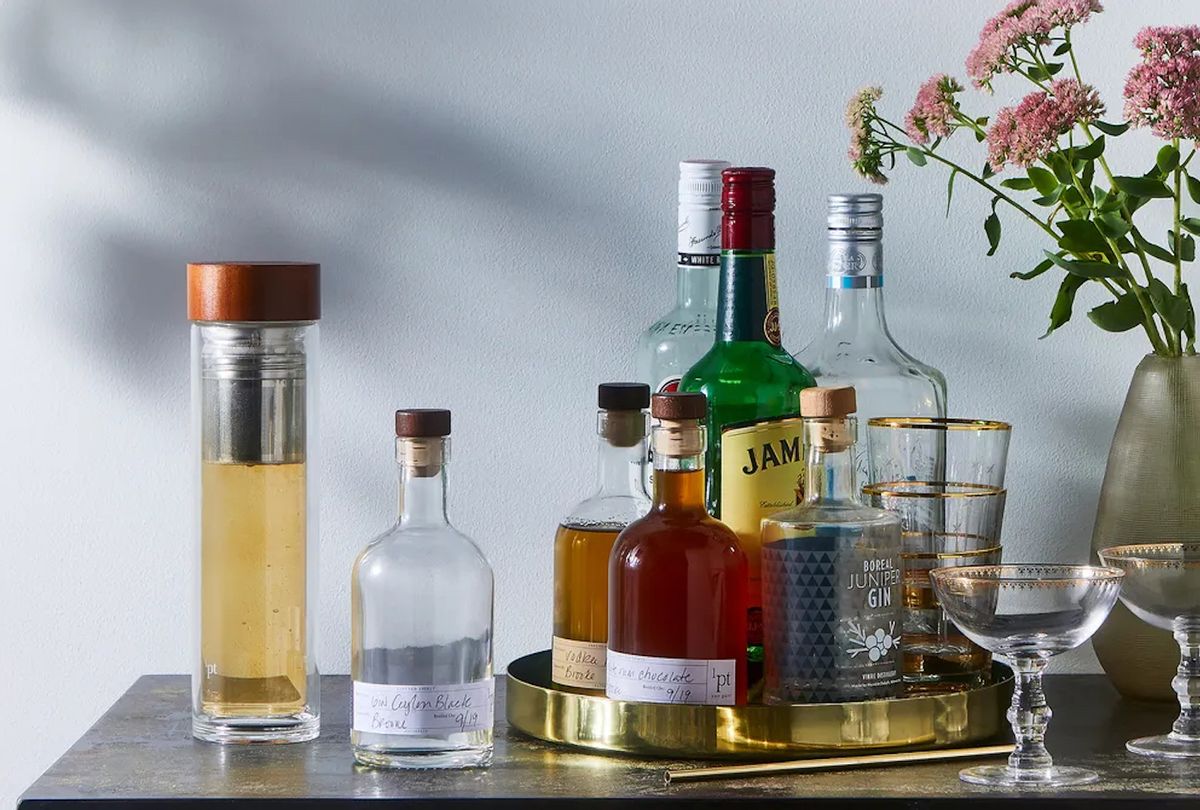 Not only are we in the midst of a global pandemic, we're also in the grip of the sixth great extinction — a "biological annihilation" of species worldwide as a result of human activity — including planetary climate change, leading to extreme weather events, damaged marine ecosystems, and negative impact on crops. Suffice it to say that after reading that, you might want a drink. Luckily, you have the option to pour a drink that plays a small part in helping the planet. In an effort to challenge the industry's reliance on energy-intensive processes and the production waste, many liquor producers are becoming more sustainability-minded, whether that means using less glass to make bottles or turning scraps from other industries into a liquor's main ingredient. Get ready to mix your favorite cocktail, comforted by the knowledge that you're giving the environment a helping hand. Here are six beverage producers who are doing their bit for the planet right now.

Going back to the very beginning, it seems as though Avallen Calvados could have been any liquor, but sustainability brought the company to one specific fruit: "We started with a blank sheet of paper and firstly looked at the raw materials used to make alcohol," Tim Etherington-Judge, founder of Avallen, explained in an email. "After detailed analysis, we settled on apples as the best from a sustainability point of view."

Produced in Normandy, France, and recently judged the Best Speciality Calvados in the world, Avallen means "apple tree" in Old Cornish. They use 40 varieties of apples from local pesticide-free apple orchards to create this fresh, fruity apple brandy, aged in French oak barrels for two years. With no added sugar, colorings, or additives, it's simply made from apples, water, and time. From the apples to the corks and bottles, Avallen sources from local businesses, reducing their carbon footprint and supporting the local economy. Aiming for sustainability and biodiversity in all aspects of production, they are planting wildflower meadows to support bee populations, and they even use recycled apple pulp to make their labels. Says Etherington-Judge: "With every business decision we ask ourselves the question: Is this the best choice we can make from a sustainability perspective?"

This unusual vodka is made in West Dorset, England, from the milk of grass-fed cows. This unique process gives the vodka an exceptionally creamy taste, with a smoother finish than most other vodkas. With a 300-year family history of cheesemaking, the inventors of Black Cow Vodka saw a way to make use of milk by-products that usually end up going to waste. The cheesemaking process starts with separating milk into curds and whey — the former becomes the base of cheese, but instead of discarding the rest, Black Cow takes the whey and turns it into vodka. This innovative way of reusing makes sure that less goes to waste on a dairy farm, and resulted in the world's first pure milk vodka.

Crafted with passion and sustainability at its core, Copalli Rum is an organic, single-estate rum made from just three ingredients: non-GMO heirloom sugarcane, rainwater captured straight from the rain-forest canopy, and yeast — all sourced from 22,000 acres of pristine rain forest in Belize. In addition to being a zero-impact distillery powered by regenerative biomass, Copal Tree Distillery supports the local community as the largest employer in southern Belize, and provides educational grants for local children to attend high school.

Don Q is the top-selling rum in Puerto Rico, from an award-winning sixth-generation distillery, family-run for more than 150 years. They have 12 different expressions, all distilled from their environmentally-aware distillery, which is a leader in green production practices, such as using carbon dioxide produced during fermentation to generate energy, and the use of molasses (a natural by-product from cane-sugar production) in their fermentation process. Additionally, they are committed to protecting their local community and local wildlife for the future, as demonstrated by their wastewater treatment system, which, as well as allowing them to harvest energy for production, has ensured their wastewater has not entered oceans or rivers since 2005.

Established in 2009, Fair is an international brand of ethical, fair trade spirits. It offers high-quality, naturally sourced ingredients from local farming communities across the globe. Never compromising on taste, this organization takes pride in caring for "the planet and its people," from a small farmer (and farm) in Uzbekistan or Belize, to a French distiller, all the way to the final consumer. Fair Vodka is made using fair-trade quinoa from the Andes Mountains and Fair Café (their coffee liqueur) is created using coffee beans from Mexico and distilled in France, all the while ensuring the growers a fair price for every crop. Additionally, their recent bottle redesign aims to improve their carbon emissions by using less glass, the manufacture of which involves high temperatures and energy consumption.

Vivir is an award-winning range of premium tequila, made from 100% highland agave. It is the first tequila ever to win Gold Awards at the Great Taste Awards for the whole range: blanco, reposado, and añejo. Their aim is to change the perception of tequila, as the most common brands on offer are "mixto" tequilas, made using additives, colors, and flavorings, and can contain as little as 51% agave. Keen to ensure their production is sustainable, their tequila is made using agave grown only on their own land, and by sourcing water from a volcanic spring on site at the distillery.