"Look, I definitely spoke to the president that day. I don't recall — I know it was more than once" 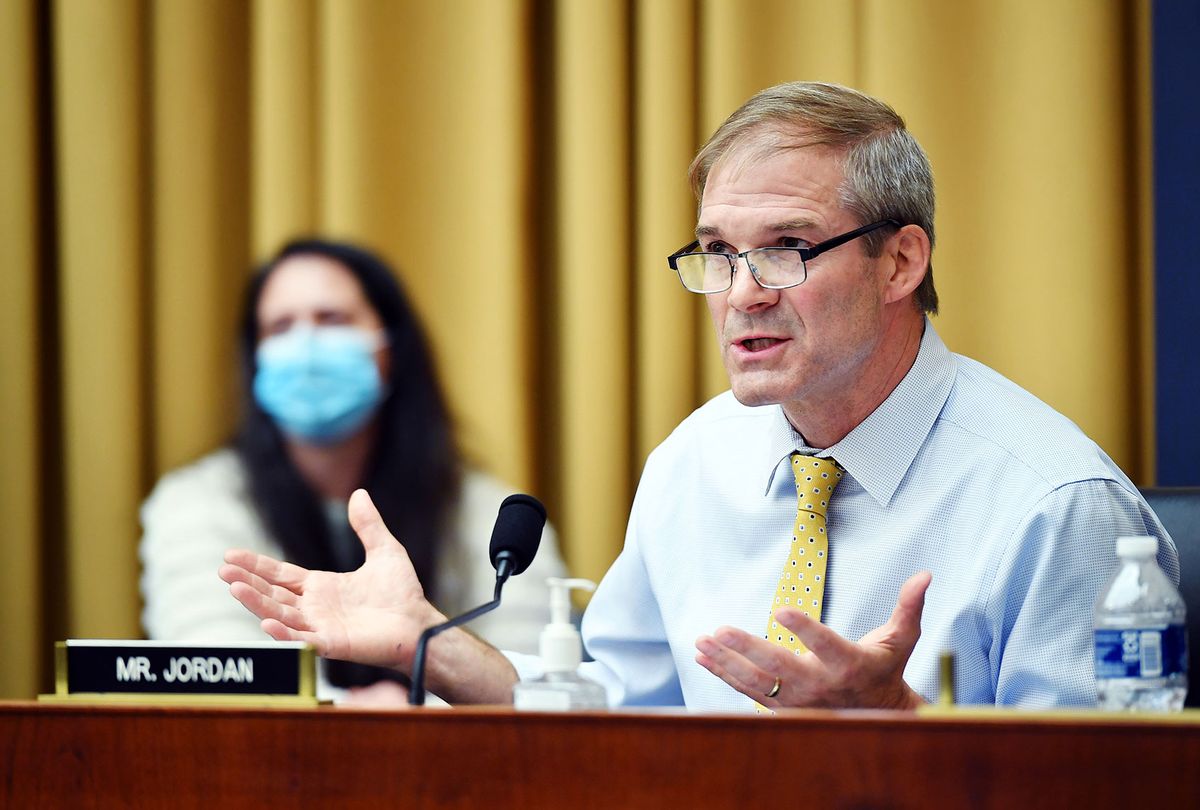 A new report on Sunday in Politico's Playbook offered new details about former President Donald Trump's communications during the Jan. 6 attack, which may be of interest to the investigators on the House committee examining the day's events.

Trump's role in organizing, encouraging, and supporting the rioters' aims of preventing Congress from recognizing Joe Biden's win in the 2020 election is already well-known, but some are hoping to find additional evidence of his conduct that day that could potentially shed more light on his knowledge of the events and his culpability in any crimes or wrongdoing.

Republican Rep. Jim Jordan of Ohio, a close ally of the former president, has already admitted that he spoke to Trump on the day of the attack. But he has strained to avoid answering questions on the topic directly, suggesting that he has something to hide about the conversation. He has declined to divulge details about the content of the conversation or when it took place.

The new report from reporter Tara Palmeri revealed that, in fact, Jordan had multiple conversations with Trump during the day:

We know that DONALD TRUMP and Rep. JIM JORDAN spoke once on the day of the Capitol riot, but the Ohio Republican has said he doesn't remember when their conversation took place. We have some new details that could help clear up that timeframe — including confirmation of at least one more phone conversation between Jordan and the then-president during the siege.

After a group of lawmakers were evacuated from the House chamber to a safe room on Jan. 6, Jordan was joined by Rep. MATT GAETZ (R-Fla.) for a call during which they implored Trump to tell his supporters to stand down, per a source with knowledge of that call. The source declined to say how Trump responded to this request.
Jordan, when asked about whether Gaetz participated, said he'd "have to think about it," citing many conversations he had during the frenetic attack. He also said phone calls to Trump happened more than once on that deadly day.

"Look, I definitely spoke to the president that day. I don't recall — I know it was more than once, I just don't recall the times," Jordan told our Olivia Beavers. He later said that "I'm sure" one of the Trump-involved calls took place in the safe room "because we were in that room forever." (For safety reasons, we are not disclosing the specific room where members were evacuated to, but that is the room Jordan is referencing.) Jordan would not get into the specifics of what he discussed with the president, though he said that like everyone, he wanted the National Guard to get involved.

There are several important details here. First, it's clear that in addition to being cagey about speaking with Trump on Jan. 6, Jordan has been actively concealing further details about the talks. He didn't mention that one of them took place during attack itself while lawmakers were in hiding, and that there were other witnesses to the calls — even when he has said he's had trouble remembering the events. If he has trouble with his memory, he could consult other witnesses to the events. (As the piece is written, it's not clear if the word "he" in the last sentence refers to Jordan or Trump wanting to get the National Guard involved. But there's no credible indication that Trump had a role in deploying the Guard that day.)

But what's most important is that Jordan doesn't seem interested in recalling or sharing these details at all. It's difficult to believe they weren't memorable. That strongly suggests that the conversations would reflect quite poorly on Trump. If Trump said something exonerating during the conversations, such as indicating that he was shocked and horrified that his supporters were attacking the Capitol, and he was trying to get them out. Of course, none of his other actions that day suggest this was his attitude. And if Trump had said something exonerating, presumably Jordan would have brought it up during the impeachment hearings that charged him with inciting an insurrection.

Separate reports have indicated that Trump had a conversation with House Minority Leader Kevin McCarthy during the attack. Trump reportedly told McCarthy of the attackers: "Well, Kevin, I guess these people are more upset about the election than you are." McCarthy hasn't denied these reports but has declined to talk about them further.

The new report also reflects poorly on Gaetz, who through a spokesman refused to deny the claims. They suggest Gaetz was well aware that the rioters were acting out Trump's desires. But hours later, on the House floor, Gaetz would cite a later-debunked media report to suggest that "some of the people who breached the Capitol today were not Trump supporters. They were masquerading as Trump supporters and in fact, were members of the violent terrorist group antifa."