Scientists must speak out against misinformation about "immune-boosting" supplements

Dietary supplements can be dangerous, despite what social media influencers say 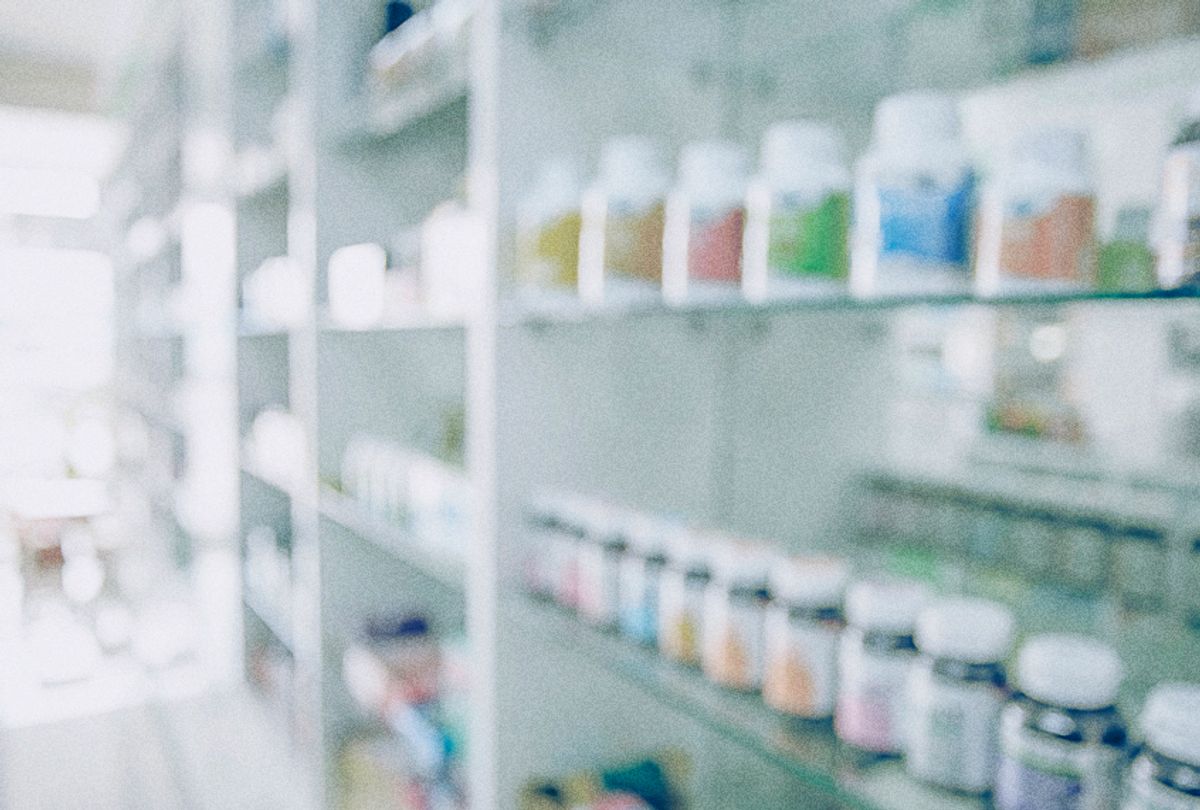 The COVID-19 pandemic saw huge increases in searches for immunity boosters, including for things like supplements claiming to improve immune function. But even before COVID-19 scared people into their nearest supermarket aisle, "wellness" through supplements was a multi-billion dollar industry. Celebrities and influencers across social media platforms regularly advertise and promote a myriad of supplements to improve health and the immune system. However, there are some major problems with these claims — namely, vitamin companies are not regulated by the Food and Drug Administration (FDA) as drugs, and many supplements don't work as claimed.

Unlike pharmaceuticals, which must undergo clinical trials that are reviewed by the FDA for the product's safety and efficacy, dietary supplements have a less stringent path to market shelves. Even though they are most often found in or next to the store pharmacy, dietary supplements are regulated as food, not as drugs. This means that they have not been evaluated or proven effective. Furthermore, while the manufacturer must prove the ingredients are "reasonably safe", none of these products are formally "approved" by the FDA. But these supplements are not always inherently harmless options for people trying to live a healthy lifestyle. A 2015 studyconcluded adverse effects from dietary supplements caused an "estimated 23,000 emergency department visits in the United States every year."

Despite these risks, there has been an unfortunate absence of expert voices contesting supplement company claims with real data. "There needs to be a more robust response from the science community in the face of pseudoscience and misinformation," says Tim Caulfield, a professor of health law at the University of Alberta, who has worked on studies and books examining ads and posts claiming to support the immune system on social media. He explains that supplement marketing often builds on the common misperception that if the right amount of a vitamin is good for you, more is better. "That's not the case at all," he says.

On the topic of supplement misinformation, Pieter Cohen, an associate professor of medicine at Harvard Medical School and a general internist at Cambridge Health Alliance, says, "The main problem is that the law permits companies to promote supplements as if they have important benefits for health even if there has never been a single study in humans to study the product's efficacy or safety."

Indeed, dietary supplements are not required to be reviewed by the FDA before they are distributed because they are not considered medications. Vitamins say right on the bottle that their claims "have not been reviewed by the FDA." Instead, they are predominantly regulated by the Federal Trade Commission, or FTC, which monitors the claims the labels make; however, this is limited to ensuring that the supplement makers are not explicitly claiming the product can be used as a treatment. The FTC does allow companies to suggest a range of benefits their products provide, which may be why up to 70 percent of adults in the United States take at least one dietary supplement daily, with the most common reason being to try to maintain or improve their health.

While some individuals with specific vitamin deficiencies may benefit from these products (under a doctor's supervision), most of us do not. However, those marketed as "immune boosters" or "immune boosting" are more problematic.

Despite suggestive labels, there is no way to "boost" the immune system. The immune system is a complicated and dynamic network of cells, proteins, hormones, and other biological components. Even if it were possible to ratchet up such a complex system, you wouldn't necessarily want to, because the immune system operates primarily by inducing inflammation. This alerts various immune cells to mobilize and fend off danger. In moderation, this is perfectly healthy, and the system has a braking mechanism all its own. But if a product were to truly "boost" the immune system, this mechanism would be amplified. We know what too much inflammation looks like: autoimmune disorders, inflammatory disease, and allergies.

Ironically, in some cases, products heralded to improve immune function can actually suppress it. Take vitamin D, touted for its ability to enhance "immunity." While it may increase the inflammatory response, it has been shown to actually reduce the activity of other cell types—namely T cells, which are critical in forming long-term memory. The same is true of many other popular supplements, such as zinc, when a person takes substantially more than the recommended daily amount.

Supplements can be actively harmful in other ways too. Since supplements aren't regulated by the FDA, they aren't evaluated for safety in the same way as pharmaceuticals. Of course, the manufacturers cannot knowingly use or include compounds that are known health hazards — legislation from 1994dictates that ingredients used in supplement products must not have been shown to cause harm. But that doesn't mean these products aren't without yet unrecognized risks.

"I think one of the biggest things that gets overlooked is the potential for a drug-drug interaction," says Dr. Kathryn Nelson, a medicinal chemist at University of Minnesota. Physicians need patients to disclose what supplements they are using, including multivitamins, because they might interact with prescribed medications. From inactivating a pharmaceutical prescription, to dangerously exacerbating its effects, these products can have significant consequences. Yet many patients do not disclose or discuss their supplement use with their healthcare providers, due to their misguided perception that vitamins are safe or not worth mentioning.

Additionally, the active ingredient in vitamins must be either be purified from a natural source or synthesized in a lab, and both methods have the potential for carry-over from compounds used in these methods. Such contamination is called "residual complexity," Nelson says. This is particularly concerning when heavy metals are used and possibly present in the final product. In pharmaceutical drugs, these compounds would usually go to clinical trials, and any potential introductions of heavy metals removed in what's called "process chemistry" to gain FDA approval. But the purification process of supplements are not reviewed by the FDA. This has opened the door for potential contaminants-heavy metals as well as other drugs and even pathogens-into these products.

Given all of this negative and even contradictory information about these products, why is the supplement market a multi-billion dollar industry? Much of the answer lies in its advertising. Companies often collaborate with social media influencers, who talk up how great the product is. And despite thousands of scientists across the country with expertise in nutrition and immunology, experts rarely publicly contradict these statements.

Science communication is an important part in the scientific process. However, more often than not, important conversations happen only with other scientists at scientific conferences, or in journals behind paywalls. As a result, the larger non-expert community is left in the dark. Daniel Pham, the associate director of the Milken Institute's Center for Strategic Philanthropy, wrote an essay in 2016which detailed the lack of support for science outreach by scientists, and an absence of communication training. Almost five years later, he says, "The same issues have resonated with me even more in the times of COVID. I feel like there's a bigger sense of the need for improved communication of science to the public. But the tools we're using are just woefully inadequate."

The evidence of his statement can be seen in a recent study by Arizona State University, which showed the majority of scientists believe that it is important to inform and engage the general public about science topics. However, when asked about their personal interest or intentions of doing this, the answers are less enthusiastic. Often scientists are not encouraged or even rewarded for public outreach, which doesn't aid securing funding, publishing, or gaining tenure. One possible solution might be to reform the funding and promotion institutions so they reward researchers for this kind of public service.

However, scientists should also not anticipate their feedback will be immediately accepted based on their resumes. As Nelson points out, the first step in improving the public's access to verified information is building trust with experts. That includes breaking down the stigmas surrounding what it means to be a scientist, and making expertise more accessible. A recent example is the initiative Science on Tap, where a scientist describes their research in general terms to patrons at a local bar or venue. Pham has also started a similar effort at Johns Hopkins University, called Project Bridge, bringing small, introductory science demonstrations to public spaces such as farmer's markets. Specific tactics to counter supplement marketers could also include partnering with influencers who are willing to share verified research, as well as lobbying for legislative reform.

The supplement industry is a prime example of the dangers of misinformation, which is damaging to both science and the public at large. Cohen notes that the next steps are to urge the FDA and FTC to enforce existing laws prohibiting the promotion of products with disease claims, in an attempt to get them off the shelves. In the long-term, he notes the existing law on these products needs to be reformed so that "all products [are] registered with the FDA."

Scientists and researchers have the expertise to get information to the public and enact policy change. But it will require getting creative. "A lot of the misinformation really has become a social media story," Tim Caulfield says, "so we need to go to where the misinformation resides." Scientists, he adds, "need to find their own voice.