How to peel an apple in 3 seconds

Our method uses one very unexpected tool . . . a power drill 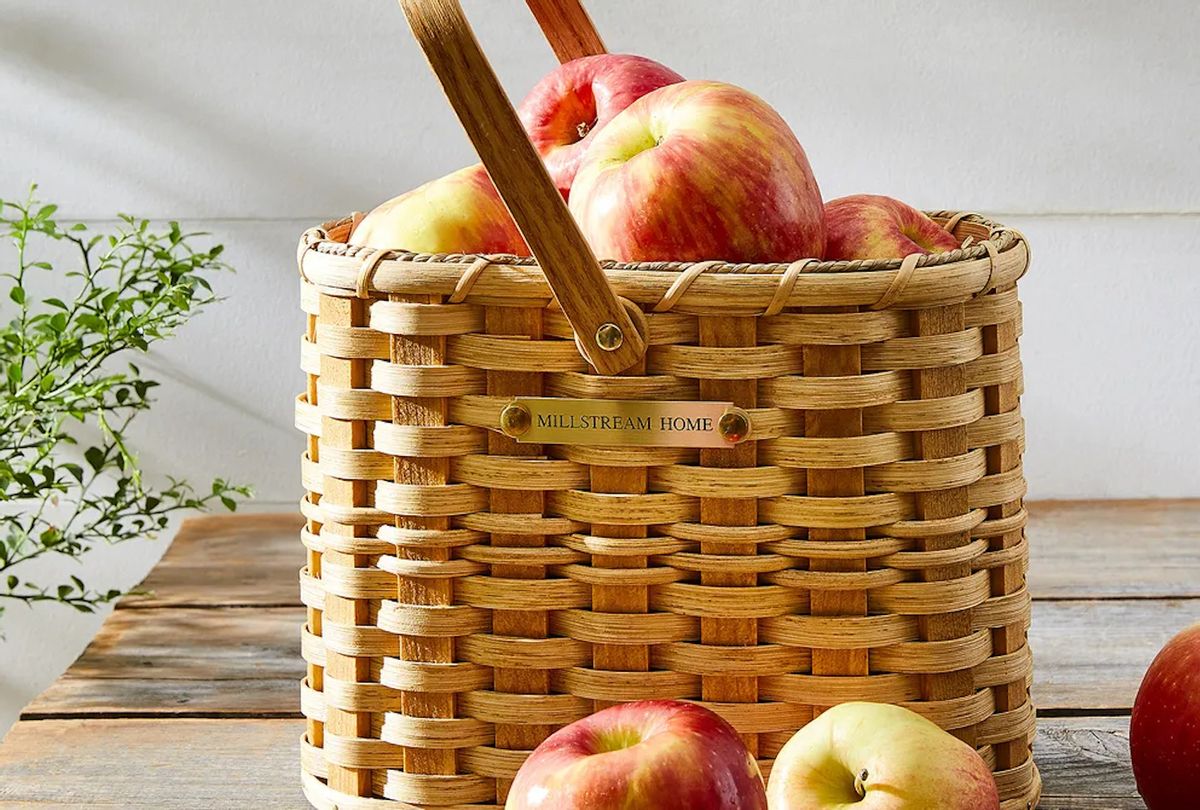 Apple peeling isn't the most difficult kitchen task, but why not make it faster and easier if you can? When Thanksgiving is around the corner and you're trying to peel apples for stuffing, pies, and even a beautiful roast turkey, it can become a monotonous, time-consuming task and frankly, who has the time? A few years ago, Food52 co-founder Merrill Stubbs and Creative Director of Genius Kristen Miglore shared their favorite way to peel an apple and I haven't gotten over it. Now you can peel pounds and pounds of apples (and put them to good use in apple pie, cobblers, crisps, and sauces) in no time.

In the romantic-comedy "Sleepless in Seattle" by the late, great Nora Ephron, Sam Baldwin (played by the great Tom Hanks) chats with Dr. Marcia Fieldstone about how his wife used to be able to peel an apple in one long strip. From the first time I watched the movie, I felt that being able to peel an apple was the ultimate way to be the perfect partner. I have failed to ever successfully do so, but this has stuck in mind as the ultimate food prep challenge. And when dependable y-shaped vegetable peelers and paring knives have failed, there's always a power drill.

Wait, what? A power drill? Trust me, dear reader. After watching this video from our founding editors — and some trial and error — we've found that a power drill moonlights beautifully as a quick and easy, albeit messy, way to peel a bushel of apples after you've gone apple picking (though we were less successful with other produce). Here's how to use a power drill to peel an apple in just a few seconds:

Tools you need to peel an apple

How to peel an apple with a drill

To peel an apple using a power drill, start by assembling the drill just as you would use it for building a bookcase or hanging a picture. Secure the drill bit in the drill. Next, keeping your fingers out of the way, skewer the apple onto the flat drill bit. Point the drill into the sink or a compost bin — the apple peels are going to fly unless you're a professional at this, in which case you probably don't need this article. Lean the vegetable peeler onto the apple at the base closest to the drill, just hard enough to make an indent in the fruit but not quite cut into it, then increase the speed of the drill so that the apple moves away from the peeler. This may be a little rough the first time, but after the first few apples, you'll get the hang of things. With the drill bit going, move the peeler down the apple until the skin is completely off. Repeat to your heart's content (or until all of the apples that you picked at the orchard are peeled).

Oh, so you're not into power tools? We get it. If you want to use a regular vegetable peeler to peel an apple, might we suggest these Y-shaped silicone peelers from our shop? They peel produce so much faster than vertical-shaped peelers and will help you peel your stash in a breeze.

Once you remove the peels, you can cook with the apples whole or place them on a cutting board and use a paring knife to cut the apples into wedges or a small dice. Use an apple corer (another nifty tool that you most likely won't find in the hardware store) to remove the core from the top of the apple.

Can you use a power drill to peel other produce?

When we tried this with other vegetables, we didn't have nearly as much luck: This tip doesn't work with stone fruits because the drill bit can't go through the pit. Potatoes were too heavy and made a run for it as soon as we pressed "on," and while the cucumbers, zucchini, and tomatoes all had great starting potential, the nightshades weren't dense enough to stay on the bit. But apples, on the other hand, worked like a dream. We've also heard this works well for lemon zest with the proper machinery. Stay tuned for that test.