Ivermectin must be administered despite CDC and FDA warnings, Ohio judge orders 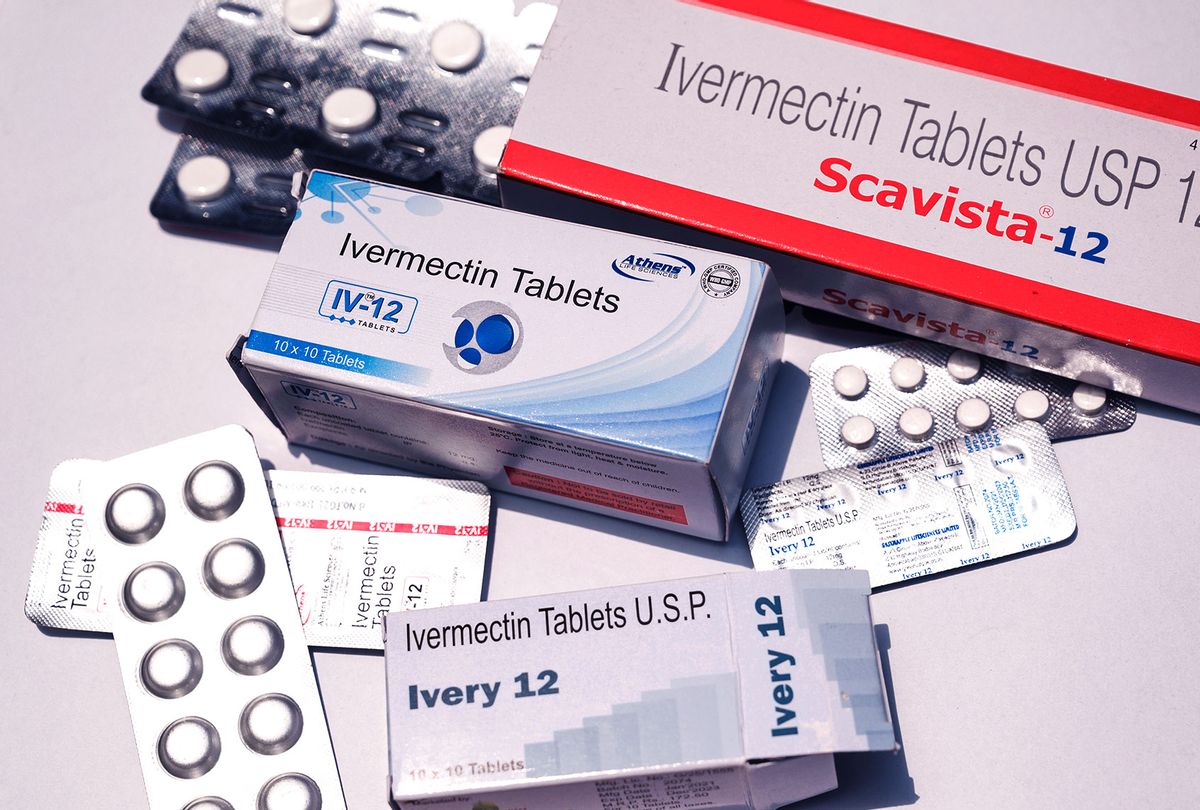 An Ohio judge ordered a Cincinnati-area hospital to treat a patient with Ivermectin, a drug commonly used to deworm livestock, despite warnings from federal health agencies.

Butler County Judge Gregory Howard last week ordered West Chester Hospital, which is part of the University of Cincinnati network, to "immediately administer Ivermectin" to 51-year-old Jeffrey Smith daily for the next three weeks. The ruling came after Smith's wife, Julie Smith, asked the court for an emergency order to use the drug to treat her husband, who is on a ventilator and has been in an ICU for weeks, according to the Ohio Capital Journal. The lawsuit did not say whether Smith was vaccinated but state data shows that fewer than 500 of the more than 20,000 hospitalized Covid patients in the state have been fully vaccinated.

Julie Smith "found Ivermectin on her own" and connected with Dr. Fred Wagshul, an Ohio physician that her lawsuit described as "one of the foremost experts on using Ivermectin in treating COVID-19," who prescribed the drug but the hospital refused to administer it, according to the Capital Journal.

Wagshul is a co-founder of the Front Line Covid-19 Critical Care Alliance, a nonprofit that promotes the use of Ivermectin despite warnings from the Centers for Disease Control and Prevention and the Food and Drug Administration that it has no effect and could be dangerous.

Dr. Leanne Chrisman-Khawam, a physician and Ohio University professor, called the group "snake oil salesmen," noting that there are "serious" issues with their research and that the studies they cite often "don't show positive results" and have "design flaws."

"Based on evidence-based medicine and my read on this large number of small studies, I would find this very suspect, even the positive outcomes," she told the Capital Journal.

Ivermectin tablets have been approved for people to treat intestinal parasites and topical versions are approved to treat skin conditions like rosacea and head lice. But it is not an anti-viral drug and a recent review of studies looking at its potential use for Covid in the journal Nature found little evidence that it has efficacy against the virus. Ivermectin is also commonly used to treat livestock in different versions and higher doses, which has triggered a run on Ivermectin at farm stores and a spike in calls to poison control centers. Calls to poison control centers about Ivermectin have increased about 300%, according to the CDC, and some people have suffered side effects including gastrointestinal symptoms, decreased consciousness, confusion, hallucination, seizures, coma, and death.

"You are not a horse. You are not a cow," the FDA warned on Twitter, issuing a warning that "taking large doses of this drug is dangerous and can cause serious harm."

But as conservatives increasingly balk at vaccines despite surges of hospitalizations across predominantly red states in the South, the drug has gained popularity among the unvaccinated. The drug has repeatedly been promoted on Fox News and touted by Sen. Ron Johnson, R-Wis., Rep. Louis Gohmert, R-Texas, and other prominent Republican Trump allies. Many of them also previously promoted the anti-malarial drug hydroxychloroquine as a miracle Covid cure despite no evidence that it is effective and FDA warnings that it could cause serious heart, kidney, and liver problems.

Wagshul, the physician cited in the lawsuit, told the Capital Journal that the data backing the drug's use for Covid is "irrefutable" and accused the FDA and CDC of engaging in a "conspiracy" to block the drug's use and social media companies of "censorship" for labeling posts promoting the drug's use as misinformation.

But a major study that Ivermectin proponents have repeatedly cited to back their recommendations was recently withdrawn due to "widespread flaws in the data," according to Nature, and some prominent experts believe that "many" of the studies are likely to be "flawed and statistically biased" because they rely on small sample sizes and were not well-controlled.

The FDA says research is underway to determine the drug's efficacy against Covid but warned that it has received "multiple reports of patients who have required medical support and been hospitalized after self-medicating with ivermectin intended for horses."

Smith was represented in the lawsuit by New York attorney Ralph Lorigo, who serves as the chairman of the Erie County Conservative Party. He has successfully filed two lawsuits in the Buffalo area and another in Chicago to force hospitals to administer the drug to covid patients.

The CDC last week issued a new health advisory warning physicians against prescribing the drug to treat Covid over concerns that "misuse and overdose are increasing."

While the drug's proponents have criticized the FDA and CDC for pushing back on the use of a drug that has been administered in other countries, countless doctors and medical officials have cautioned against using the unproven treatment.

"Everyone wants some cure for Covid because it's such a devastating illness," Dr. Shawn Varney, the medical director of the South Texas Poison Center, told the New York Times. "I plead with people to stop using ivermectin and get the vaccine because it's the best protection we have at this point. Everything else is risk after risk."