This rebellious pie crust is malty, nutty, and flavorful as heck 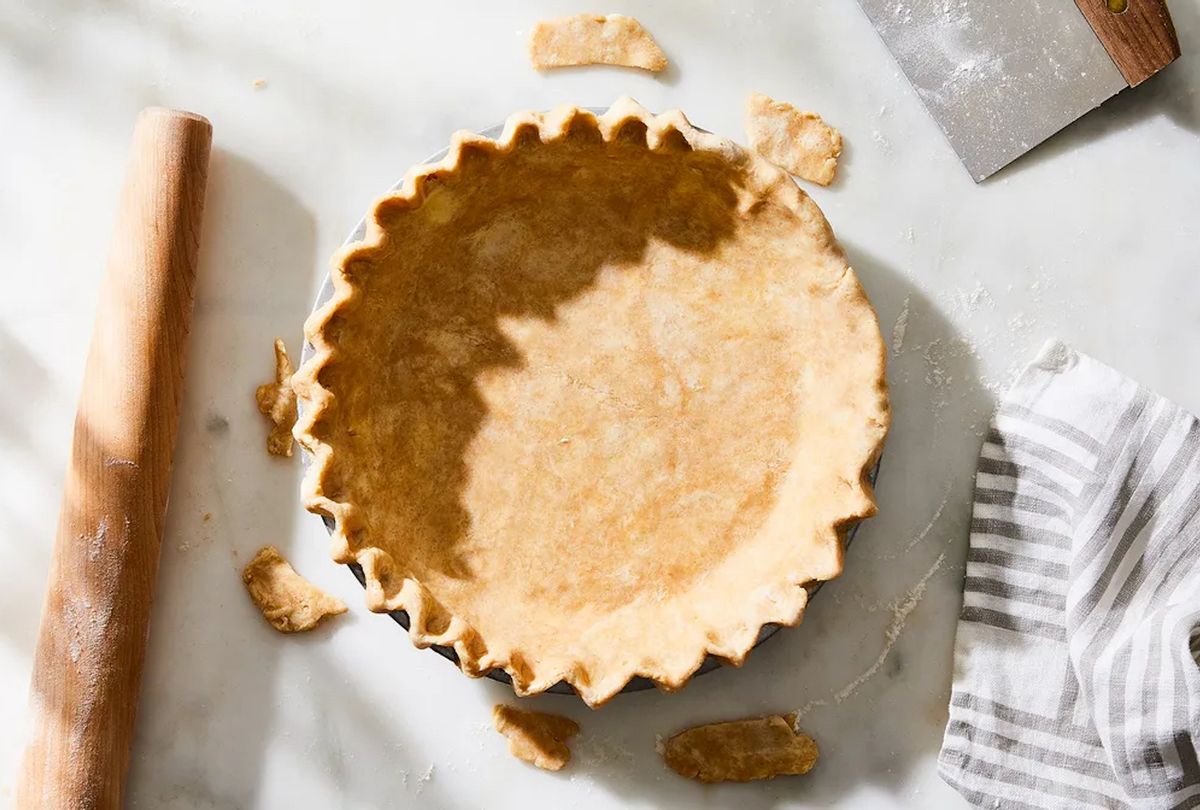 Let's get this out of the way: 100%whole-wheat pie dough is a bad idea. You don't need to tell me, because I'm telling you. It is dense and tough and unagreeable. That's why smart recipe developers take a different path.

Stella Parks, a pie genius, uses 50% whole-wheat flour in her recipe on Serious Eats. The whole-wheat offers "flavor and tenderness," which the all-purpose flour backs up with "strength." And Erin McDowell — another genius! Food52's resident baker! She wrote The Book on Pie! — uses even less whole-wheat flour (44%). And whole-wheat pastry flour at that, which has a lower protein content and yields a softer dough.

As Erin explains in her book, "While it is possible to make a dough 100% regular whole wheat flour, the dough requires significantly more hydration, and I find the resulting crust dense. Using a combination of whole wheat pastry flour and all-purpose flour is the perfect solution."

A few years back, I whole-wheat-ified a bunch of baked goods and, while whole-wheat cookies were "even better," the whole-wheat pie crust was worse. Not worth it, I said. Do 75% max, I said. But I was wrong.

Turns out, I wasn't asking enough questions. Like, what is whole-wheat flour, anyway? And what the heck is pie dough? With a fresh perspective, 100% whole-wheat pie dough not only becomes possible — but also a very good idea.

As its name suggests, whole-wheat flour includes the whole wheat kernel (endosperm, bran, germ, and all). This means more protein, more fiber, more flavor — and more bulk to weigh down breads and pastries as they attempt to rise in the oven.

So no, white whole-wheat flour is not a mix of white and wheat flours. But funnily enough, it acts just like that in baked goods. Think of this ingredient as the compromise between the nourishing nuttiness of traditional whole-wheat and the creamy fluffiness of all-purpose. Aka, the best of both worlds.

This isn't to say you should swap white whole-wheat flour into recipes willy-nilly. When I started working on this column, I tried just that in an all-butter pie dough recipe, and I still ran into the same hurdle identified by other bakers (good flavor, bad texture).

The popular solution is to reduce the percentage of whole-wheat to 50 or fewer, as Stella, Erin, and many other bakers have proven works well. The other option is to leave the flour as it is, and rethink the other main ingredient in pie dough: fat. Besides butter, pie dough recipes can use shortening or lard.

Or, less commonly, cream cheese. This ingredient is crucial in Jewish rugelach — a traditional, flaky-crumbly cookie my grandma taught me how to make around the age when I still worried about monsters under the bed. The ratio you'll see over and over is easy enough for a kid to memorize: one part flour to one part cream cheese to one part butter. Buzz them all in a food processor, roll out a circle, cover it in jam and nuts, cut out triangles, curl them into little crescents, let your grandma pinch your butt.

When I worked as a baker at Scratch, Phoebe Lawless's pie shop in North Carolina, one of the most popular pies ditched a flaky butter crust in favor of a tender rugelach one. Likewise, one of Rose Levy Beranbaum's go-to pie doughs hinges on cream cheese. As Sarah Jampel wrote about it, "the fat and milk solids in the cream cheese inhibit gluten formation (and provide a flavor that makes the crust tasty enough to eat bare)."

Because rugelach doesn't need any water — the cream cheese has more than enough moisture — it avoids the catch-22 of whole-wheat, where you have to add more water to fully hydrate the flour, but then the excess water yields a dense crust.

All you're left with is a super flavorful, super tender, super forgiving pie dough that just happens to be made with 100% whole-wheat. The only question is: What recipe will you put it toward first?