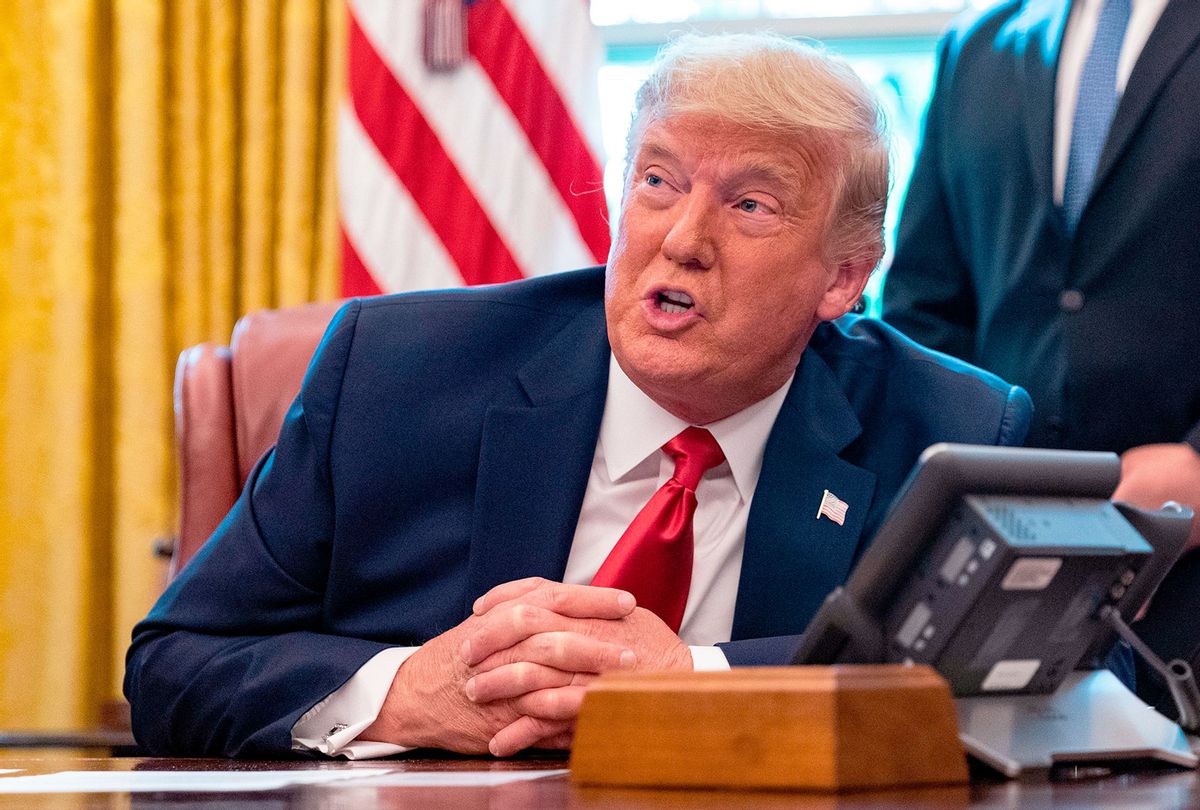 Former President Donald Trump gave an interview to the Wall Street Journal this week where he said that he'll likely forgo booster shots for COVID-19.

"I feel like I'm in good shape from that standpoint—I probably won't," Trump, who is fully vaccinated, said. "I'll look at stuff later on. I'm not against it, but it's probably not for me."

Trump's comments come after the U.S. Food and Drug Administration (FDA) authorized the additional shot for people with weakened immune systems. An extra dose for all three COVID-19 shots administered in the U.S. should be approved by the FDA in mid-September, the Journal reported.

Trump has previously suggested that booster shots were a "money-making" scheme.

"You know what, that sounds to me like a money-making operation for Pfizer, okay, think of the money involved. That's tens of billions of dollars," Trump told Fox Business' Maria Bartiromo in August. "If you're a pure businessman you'll say, 'You know what, let's give them another shot, $10 billion of money coming in,' the whole thing is crazy."