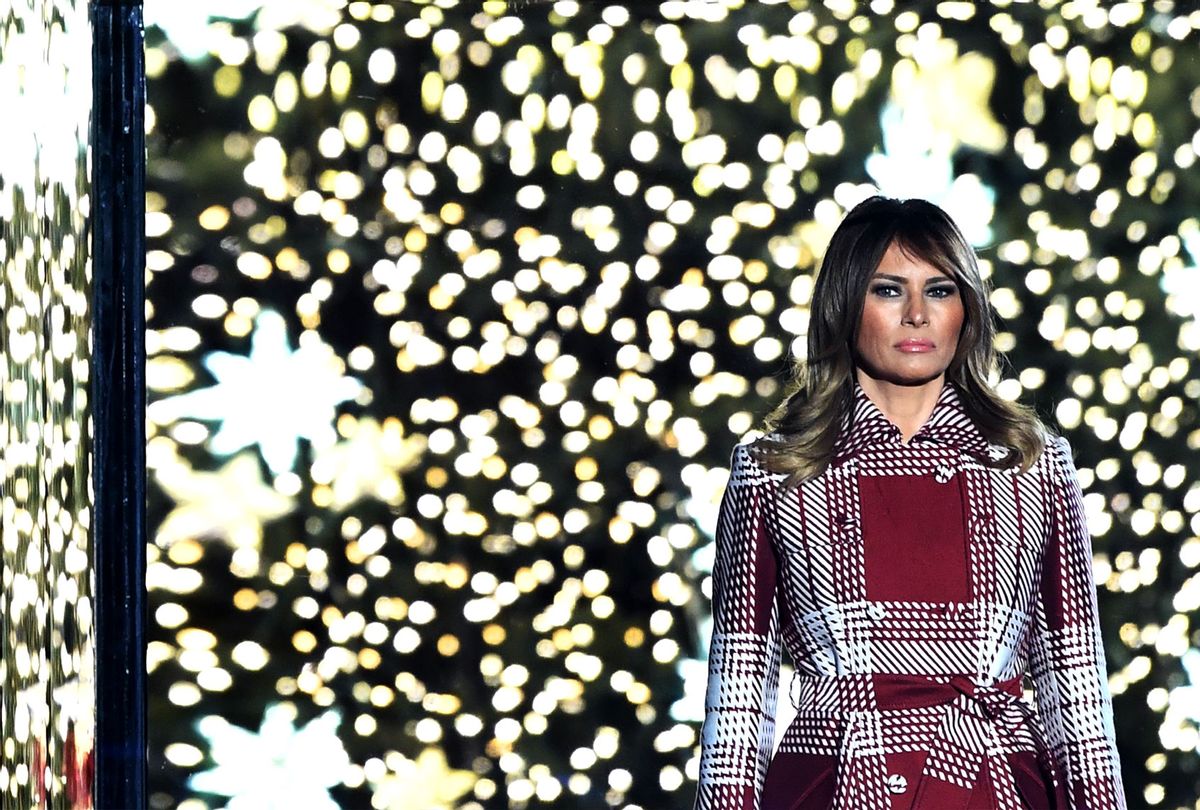 First Lady Melania Trump takes part in the annual lighting of the National Christmas tree on The Ellipse in Washington, DC on December 5, 2019. (BRENDAN SMIALOWSKI/AFP via Getty Images)
--

According to an exclusive report from CNN, Melania Trump is letting people know she has "no interest" in seeing her husband Donald make another run for the presidency and would not participate in the campaign if he did.

Speaking with host Kaitlan Collins on Sunday morning, CNN's Kate Bennett said the former first lady does not want a return engagement in the White House.

"Not unlike 2016, Melania Trump has no intention really of joining the campaign or being a prolific presence," Bennett reported. "I've spoken to people who said that she's not really even interested in being in the White House again, going through being first lady again."

"We know she's an extremely private person and that being in the public eye wasn't necessarily something she wanted to do in the first place," she continued. "She's retreated now back to Mar-a-Lago, being a mom, et cetera, and she really has no interest in helping her husband with his perceived, as we all know, his political ambitions."

"Is this not a conversation that's happening?" Collins asked.

"I don't think that's how they operate," Bennett explained. "People are under the misconception that this is a couple that don't spend time together, they don't talk -- it's really not true. They have very independent lives but they do consult each other. In 2016 when she was asked to do events, asked to go on campaign events and rallies, the answer was 'no' so often that people on Trump's campaign just stopped asking her because it was always going to be a no -- and we'll see that again this time around."