To understand the hesitancy of Black Americans to experience outdoor spaces, we must view it in historical context 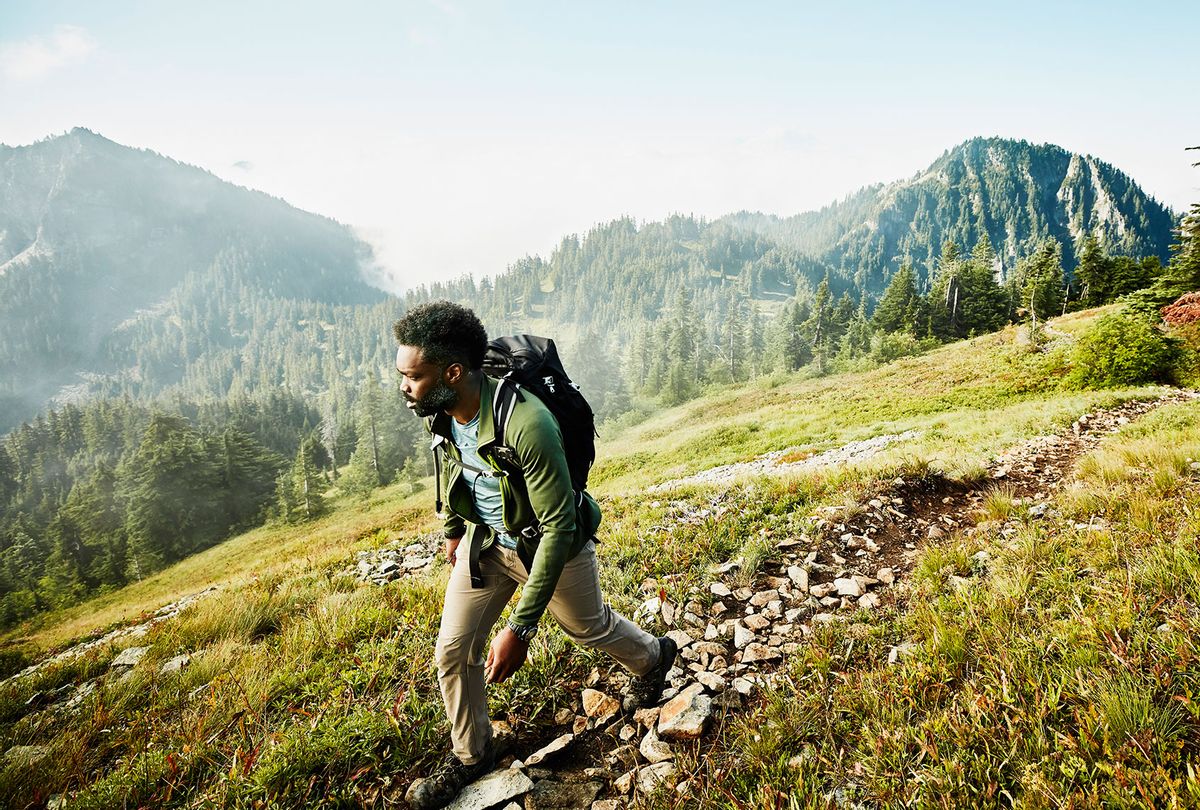 During the blistering summer of 1919, an oppressive heat wave lingered over the South Side of Chicago, and Eugene Williams had turned 17 just a few months back. Williams, who worked as a grocery store porter, had built a homemade raft with his friends, and on a brutal Sunday afternoon, they decided to take it out onto Lake Michigan for a ride. The raft drifted over the water and inadvertently crossed over to the 29th Street section of the waters. The White section.

According to several historical accounts, a White beachgoer hurled stones toward Williams and his friends, one of whom reported that a rock hit Williams in the head before he slumped into the water. Other accounts — including the coroner's jury — stated that Williams was trying to avoid being hit when he let go of the raft and drowned. When a police officer refused to arrest the person who was seen throwing rocks, tensions rose and riots ensued, heightening a season of racial violence throughout the U.S. that came to be known as the Red Summer.

That was more than 100 years ago. But you can draw a straight line from the tragic death of Eugene Williams — a kid who was simply attempting to enjoy the great outdoors — to the underrepresentation of Black Americans in outdoor spaces today. Until the 1964 passage of the Civil Rights Act, Black people in many states were legally barred or subjected to segregation at national and state parks, and other public lands. The National Health Foundation has identified historic segregation, along with racial violence and economic inequality, as factors underlying the "diversity gap" in nature-based outdoor recreational activities. Today, we still see reports of Black Americans being treated as "others" in natural spaces; we see instances of cops being called when Black people are congregating at parks, or even golfing.

Layer atop that history of discrimination the situational and financial barriers that prohibit Black people from experiencing these outlets, and it is hardly surprising that a recent report by the Outdoor Foundation, the nonprofit arm of the Outdoor Industry Association, found that Black Americans are significantly underrepresented in outdoor activities. Black youth also had the lowest participation rates of all youth groups, further cause for alarm about the future gap in participation rates for Black adults. In 2010, 13 percent of the U.S. population identified as Black, yet the National Park Service recorded that, between 2001 and 2011, only 1 percent of its visitors were Black. As a Black person, I find it discouraging to not see myself reflected in these spaces.

The diversity gap in the great outdoors didn't happen by chance; it is systemic, and has been further perpetuated by biased narratives and stereotypes. To properly understand the collective hesitancy of Black Americans to experience outdoor spaces, we must view it as a justifiable response to historical circumstances.

As a Black kid growing up in the suburbs of Dallas, Texas, I rarely ventured out in search of outdoor activities. I preferred the comfortable realm of organized sports, and the thrill of skating and longboarding down seal-coated asphalt pavements. I remember in my teens, my dad and I had to drive out to a rural area of east Texas for my driving test. He took a moment as we parked to drill it into my head that I might encounter someone who might say something derogatory towards me solely based on the color of my skin. He told me not pay it any mind because they don't know any better, and we don't hold space and energy for people who aim to disrespect our humanity. I've carried that with me to this day — both the knowledge that rural areas can pose a specific kind of threat to Black people, and the resolve not to let it encumber me.

I went on to attend college just outside of Austin, Texas, and during my freshman year I fell deeply in love with the Hill Country. Whenever I had free time, I would spend it camping, exploring, kayaking, and jumping into any body of water I could find. I spent nights with friends underneath the stars, telling stories around campfires, somehow always short on supplies.

Those escapades taught me more about myself and the world around me than I'd learned in all of the 17 years prior. They taught me to value how interconnected we all are. They humbled my ego and cultivated a more mindful approach to living. The outdoors showed me a way to be still through heartbreaks and stressful periods — a way to heal. It helped me to see a clearer vision of the person I wanted to be. I've explored Arches National Park in Utah, rode toward the sun in Montana's Glacier National Park, skied down enchanted slopes in New Mexico, and scaled 19 of the highest peaks in Colorado, where I now live.

Time spent outdoors has become an essential part of my healthy living. It allows me to escape the noise and air pollution of the city, to disconnect from the world and the constant pressures of modern society. It's a way to get my heart rate up, but also to decompress, meditate, and breathe. More than once, the outdoors have saved me from falling into depressive bouts.

That's why I find it so disconcerting that I don't see myself and people who look like me reflected in outdoor recreational culture. It's the reason for my headstrong self-expression through the great outdoors. I want other people of color to gain an understanding and appreciation for the mountains as well. I want other people of color to feel a calling to reclaim these natural spaces and break the cultural constraints we've been historically pressured into.

In recent years, we've seen a national movement to promote inclusion in outdoor spaces gain recognition in the mainstream. Black Sand Surf, Outdoor Afro, and Brown Folks Fishing are just a few of the organizations leading the way. But we can, and should, do much more. We need more Black representation in our national parks' organizational structure and workforce, more partners advocating for the experience of outdoor spaces for people of color, and, most importantly, a more concerted effort to communicate the health benefits of outdoor recreation to people of color.

I and other Black recreationalists have the capacity not only to scale mountains but to break cycles of historical oppression — and to inspire others along the way. Though the trail can feel lonely at times, we must keep climbing: The views from the summit will be worth it.

Joe Kanzangu is an adventurer, writer, and presenter, who adores cooking for those around him. He's currently based in Denver, Colorado.