Nothing sacred: From Jefferson to Jan. 6, America's toxic mythologies are destroying us

Thomas Jefferson hid the ugly truth of Bacon's Rebellion — an early example of the myths emerging around Jan. 6 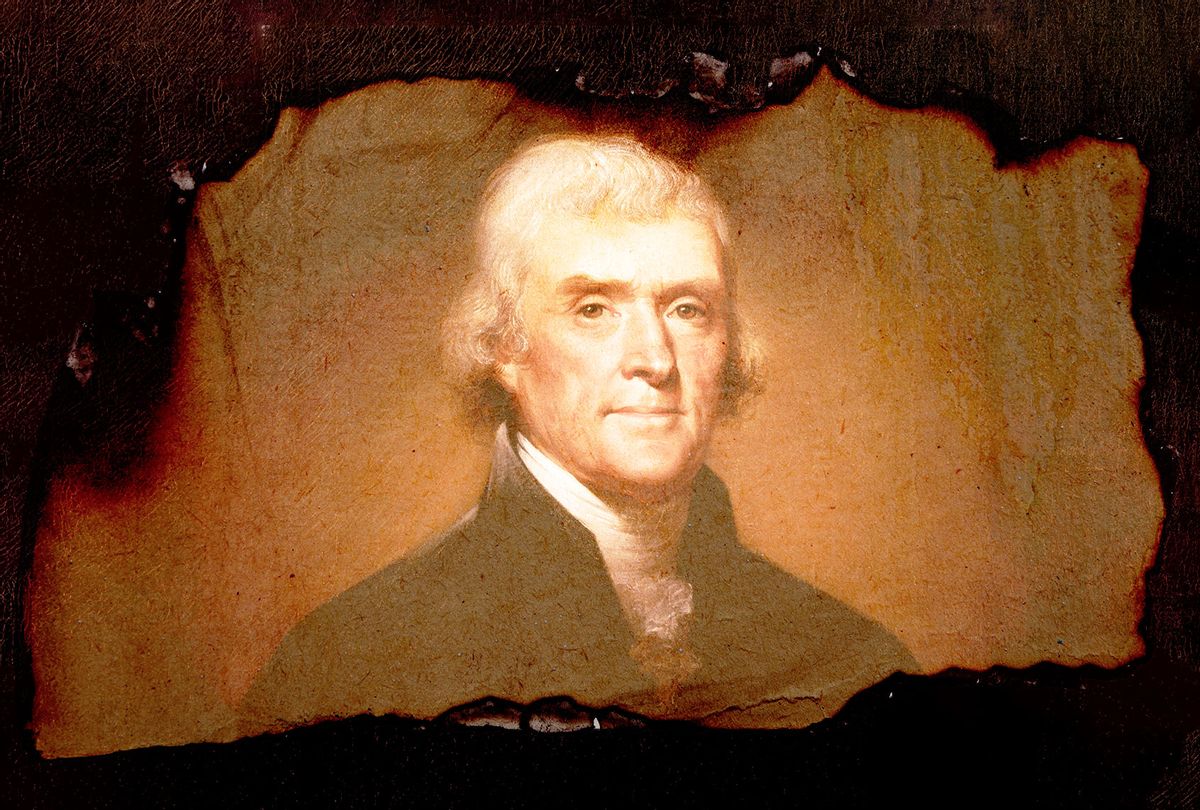 One of the great myths of the United States is that rebellion and insurrection are among the necessary components of patriotism. Myth-making provides the U.S. a way to recycle its gory mess of violent anti-government white supremacy and white privilege into something sacred. Perhaps no nation has accumulated more myths about itself in its short 245 years of existence than America, which has used those myths to justify everything from Indigenous genocide and slavery to dropping nuclear weapons on Japanese cities at the end of World War II.

The defenders of and the deflectors from the Jan. 6 insurrection have been spinning a new tale for the world for months now. Rep. Andrew Clyde, R-Ga., said in May, "There was no insurrection, and to call it an insurrection, in my opinion, is a bold-faced lie." Rep. Paul Gosar, R-Ariz., an ardent Trump supporter, defended the insurrectionists under investigation and arrest for their roles in the Jan. 6 riot. "The DOJ is harassing peaceful patriots across the country," Gosar said on May 12. As author Mychal Denzel Smith put it in a recent article for New York magazine, "If we let the mob participants and sympathizers claim their own version of the narrative, it will be told through a righteous lens." They have already laid the groundwork for making the House hearings on Jan. 6 a dog and pony show.

This sort of mythological alchemy dates back to America's violent beginnings. "The tree of liberty must be refreshed from time to time with the blood of patriots and tyrants. It is its natural manure," founding father and third president Thomas Jefferson wrote in a letter to William Stephens (future president John Adams' son-in-law) in 1787. Jefferson wrote this during the Constitutional Convention in Philadelphia, in which Massachusetts had threatened open rebellion against a new centralized federal system of governance. In his letter to Stevens, Jefferson also wrote, "What country can preserve its liberties if their rulers are not warned from time to time that their people preserve the spirit of resistance? Let them take arms. The remedy is to set them right as to facts, pardon and pacify them."

Aside from owning slaves and his love affair of statutory rape with Sally Hemings, Thomas Jefferson was also one of America's first great myth-makers. With white America's first big insurrection in Bacon's Rebellion, Jefferson as president tried to plaster over the bedrock reality of open rebellion against extreme class inequalities among Englishmen that developed in colonial Virginia and elsewhere.

Many historians place special emphasis on Bacon's Rebellion of 1675-76 as a biracial and cross-caste coalition that violently threatened to overthrow Jamestown's plantation-slavery social order. But even this story's cleaned-up version ends with the post-Jamestown government passing the Virginia Slave Codes at the turn of the 18th century, assigning nearly all remaining Black indentured servants to slavery. The codes also segregated ordinary whites and enslaved Blacks from contact in the public sphere, making an armed rebellion across racial and class lines nearly impossible.

The unvarnished truth is that ordinary white male colonials wanted plantations of their own. The ruling plantation class already possessed the best lands in the Tidewater region around Jamestown by 1650. Between 1665 and 1675, white settler-colonizers attacked and massacred the Susquehannock, the Patawomeck, the Rappahannock and the Occaneechi people, without the colonial assembly's permission. They stole land as far north as the Potomac River, near the spot where Washington, D.C., is today.

Among the leaders for these raids, Nathaniel Bacon was an English aristocrat who had moved to Jamestown and bought himself two plantations along the James River. His plan for bringing prosperity to the white and Black indentured servant class was simple. Take more good plantation land from "heathen" Indigenous tribes. Bacon's main grievance was that colonial governor William Berkeley had "expressly countermanded and sent back our army by passing his word for the peaceable demeanor of the said Indians," especially "when we might with ease have destroyed them who then were in open hostility."

Jefferson mythologized Bacon's Rebellion into the post-American Revolution ideal of fighting against the tyranny of colonial rule and the need for Bacon and others to have full political representation. He erased the why behind the rebellion. In finding an obscure 1705 tract that recalled Bacon's role, President Jefferson and his friend Mr. Wythe in 1804 defended Bacon. "The candour and simplicity of the narrative cannot fail to command belief," as the tract's author was "a planter," just like Bacon, and like Jefferson himself. "Bacon will no longer be regarded as a rebel, but as a patriot," Jefferson and Wythe wrote in a letter to a local Virginia editor, because "insurrections proceed oftener from the misconduct of those in power, than from ... the People."

Like so many of the founding fathers, Jefferson was guilty of narcissistic double-speak. By agrarian democracy, Jefferson really meant an Eden in which "planters" like Bacon were the real "patriots," where rebellions and Indigenous genocide and wealth through African enslavement were patriotic callings. "Game recognize game," as rapper JT the Bigga Figga once put it, this game being about elite planters as essential in ruling everything in America, including its history. This kind of myth-making accounts for why boards of education and state legislatures are banning any legitimate revisions to history that show white folks as bad actors. These myths are why millions of Americans refuse to "mask up" and "vax up" in the middle of a deadly pandemic. They are why many refuse to call Jan. 6 an insurrection. It disrupts their ongoing fantasy novel, "America the Beautiful."

The malignancy of individualism is so much about privilege to the point of narcissism, blinding millions to the reality that their so-called patriotism is lethal to the world. This is why I hold few things as sacred. The sacred is where all the myths are, covering up all the ugliness people and nations like the U.S. justify. To destroy oppression, we must destroy the sacred, the myths that chain us all.

Donald Earl Collins has written for more than 20 years on topics such as multiculturalism, education reform and U.S./African-American identity. His articles have appeared in The Washington Post, Al Jazeera English, The Atlantic, The Guardian, HuffPost and elsewhere. He is the author of "Fear of a 'Black' America: Multiculturalism and the African American Experience" and "Boy @ The Window: A Memoir." He is a lecturer in history at American University.