Trump plans to provide commentary for a boxing match on Saturday, the 20th anniversary of the 9/11 attacks 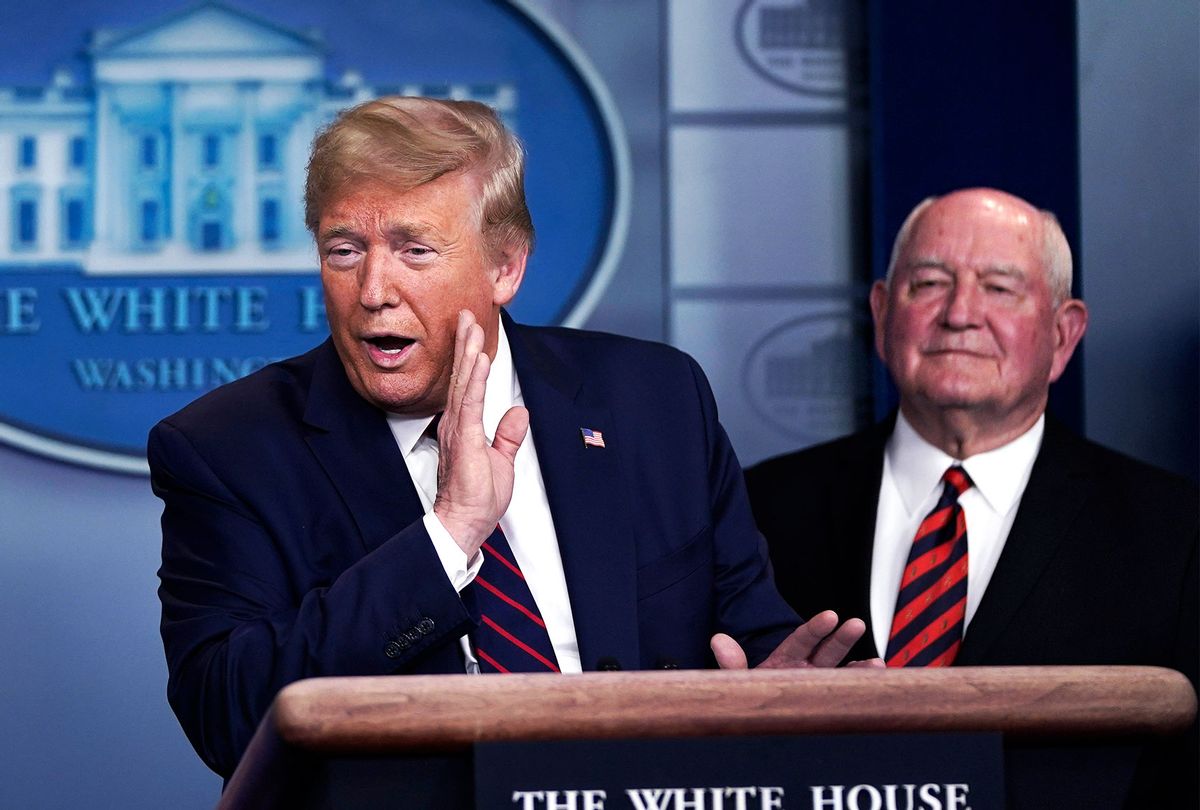 U.S. President Donald Trump speaks as Secretary of Agriculture Sonny Perdue looks on during a briefing on the coronavirus pandemic in the press briefing room of the White House. (Drew Angerer/Getty Images)
--

Former president Donald Trump on Tuesday night claimed he was pulled to safety by "two big firemen" after 9/11 when he "heard creaks" at Ground Zero and predicted a nearby building would collapse — which it never did.

"We were hearing creaks, I've never forgotten it, it was I think the United States Steel Building it was called at the time, and it's 50 stories tall, and we heard creaks," Trump told Newsmax. "I said 'that building is going to come down,' and two big firemen grabbed me, and grabbed other people, and they just moved out of that area. Never came down but I never heard a noise like that. And it was a scary situation, but the job they did was so incredible, the first responders."

Trump also repeated longstanding claims that he helped out after the attacks — which he's never proven — but Vice News notes that his story about the "two big firemen" appears to be brand new.

"On 9/11 itself, Trump indicated that he watched that attack from afar—and actually made sure to note that the Twin Towers' collapse meant he now owned the tallest building in lower Manhattan," Vice News reports. "Though Trump did go down near Ground Zero in the days after the attack, there's no evidence that he helped—and some evidence that he didn't follow through on promises to help."

Also Tuesday, Trump sparked outrage by revealing plans to provide commentary for a boxing match on Saturday's 20th anniversary of 9/11.

Watch the Newsmax clip below: