Why won't Donald Trump go away? Because Americans can't tell appearance from reality

Many people believed he'd lose the election and simply disappear. But we live in America, where nothing is real 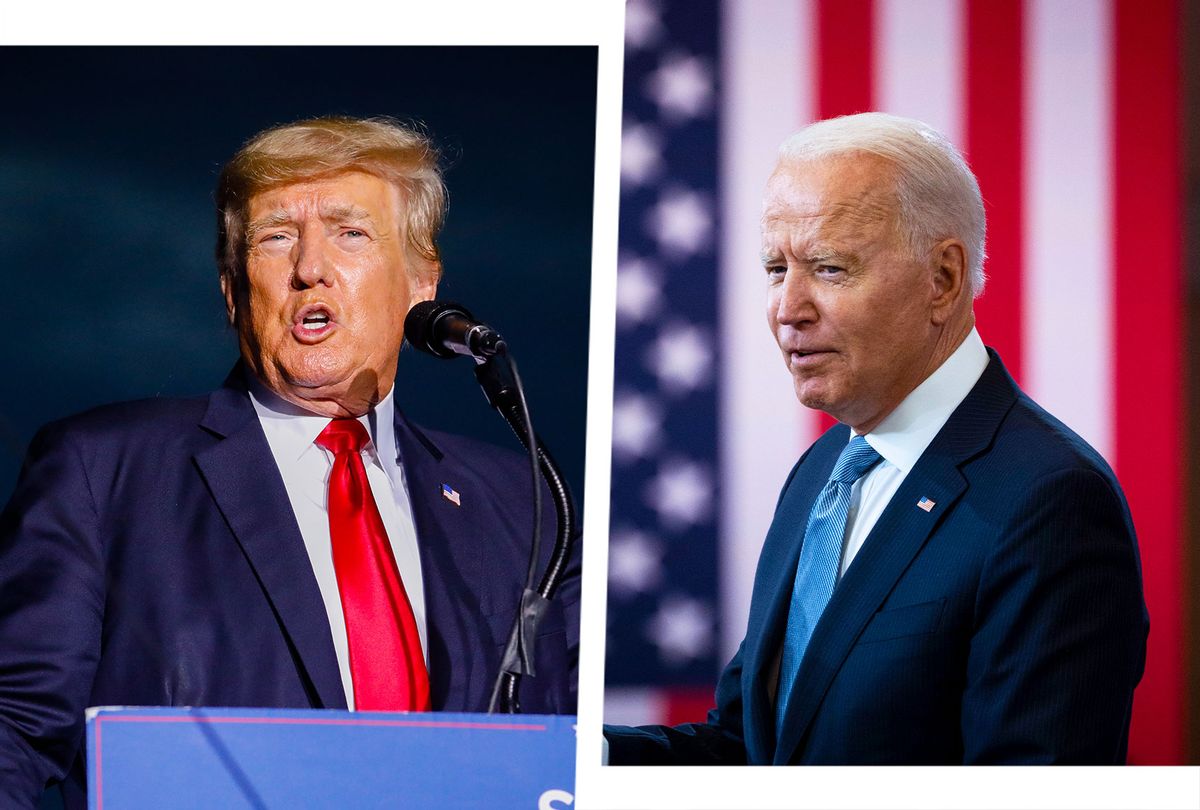 Americans have a huge problem. It manifests itself in our politics and we see it in our daily lives. It is exacerbated by the commercials on television, the internet and our cell phones.

Many of us can no longer tell the difference between appearance and reality — if in fact we ever could.

This inability explains the appeal of Donald Trump, why some people believe professional wrestling is "real," why some of us won't take a COVID vaccine and why some of us will take a deworming drug meant for horses versus a vaccine designed by scientists for humans. It enables people to scream out "I don't trust the scientists," while at the same time checking themselves into the hospital if they get sick.

Flooded by a glut of misinformation that overwhelms actual facts, the American public seems to have reached a new level of mistrust and arrogant stupidity, further eroding our ability to take on problems and thus increasing our chances of a calamity heretofore unseen except in gothic horror stories or "Mad Max" movies.

It is why as recently as this week, scientists told NPR they needed to do better in communicating the problems of climate change. It's one of the reasons why a passenger on an American Airlines flight had to be restrained after he began screaming about Joe Biden. It's also why CNN published an opinion piece with the headline: "Let's be clear why the U.S. economy is weakening."

There are those who argue we've long been unable to tell the difference between appearance and reality, while others believe it is a recent phenomenon caused by misinformation. But rather than arguing which came first, we need to focus on those who don't recognize the problem at all.

In the case of Donald Trump, he has spent his life making bank on separating people from their cash by claiming to have answers he doesn't actually have. His ex-fixer, Michael Cohen, once told me that Trump is a master at stating the obvious. "He tells us we have a problem," Cohen explained, "that everyone will agree is a problem. But he has no answers."

For example: The wall. How simple. How stupid. Building a wall to stop the importation of illegal drugs and immigrants may sound appealing, but that assumes you've never heard of a ladder and can't build a tunnel. Since most drugs are smuggled into the country via ports of entry — that is, in aircraft, motor vehicles or boats and ships — the reality is that a wall does nothing to solve either problem.

Time and again, Trump has sold us the appearance of leadership, but the reality is best represented by what Trump told me on the South Lawn when I asked him whether he would take any responsibility for people ingesting Clorox and becoming sick trying to treat the coronavirus, because of something Trump had said recently in the White House briefing room.

"I take no responsibility," Trump reminded us.

He took no responsibility for the insurrection — while he provoked it. He took no responsibility for anything when pressed as president, though he and his surrogates drowned us with claims of his leadership prowess. His greatest sleight of hand came when he lost the election and refused to admit it — based on the "Big Lie" that tried to sell the appearance of  a rigged election — when in reality he was the one trying to rig it. Thankfully, that failed.

But Trump's efforts have led to the rebirth of modern sadistic fascism, predominantly in the Bible Belt and specifically in Texas and Florida, where you have freedom to choose whether to wear a mask, but women are not free to choose whether or not to continue a pregnancy. As George Carlin once said, the reality is that governments in those states are simply anti-women. They also claim they want to preserve the sanctity of voting, but the laws they've enacted, in the realm of reality, do exactly the opposite. Trump may not be with us forever, but his actions have lit a nasty grease fire that threatens to burn down the kitchen. His acolytes and disciples come in a variety of packaging, but whether it is the Lauren Boebert brand, the Marjorie Taylor Greene brand or the Ron DeSantis brand, it's all merely appearance. The reality is, these people don't care about you.

By contrast, look at Joe Biden. He has been short on appearance, but long on reality. He claimed responsibility for removing troops from Afghanistan. The appearance was that of an unorganized withdrawal from a protracted war. The reality was we evacuated a population equal to that of Fort Lauderdale in less than a month.

The appearance is that we abandoned our military and caused consternation among veterans who questioned, "Was this all done in vain?" The reality is that it was done in vain and Presidents George Bush, Barack Obama and Donald Trump were responsible for that. Biden ended our participation that needlessly cost American lives and inflicted incalculable suffering on the Afghan people.

The appearance is that science bungled the pandemic response, or was responsible for it — or that scientists are inept, or that Lizard leaders are trying to kill us off. And it doesn't matter anyway because the vaccine doesn't work, or is filled with microchips that can track us. And horse dewormer is better anyway. In reality, the vaccine works, you can already be tracked through your cellphone and your life isn't all that interesting and no one wants to track you anyway — so get the vaccination.

So, if Biden is better on reality, while Trump relied heavily on appearance — then why is Trump still on anyone's radar? His personal appearances at multiple rallies, and the constant harping on his stale talking points from his fawning minions, while Biden has quietly emphasized the reality he's trying to build is the answer. Trump screams louder, and has more people parroting his talking points.

That makes some people fearful and others numb as they contemplate the question: Is Trumpism winning? It may seem so, but that is also an appearance. The reality is that Donald Trump is merely better at communicating than most Democrats — including the current president. What he communicates is the pure, unadulterated byproduct of what occurs after ingesting horse dewormer, but no one can deny that Trump was and is masterful at getting a great deal of media attention.

Biden's White House communication staff is smaller. He doesn't take as much time on the airwaves as Trump, and he's willing to let his actions speak for themselves. That leaves a lot of airtime unaccounted for and thus Trump, his minions and the media criticisms fill in the void.

Nature abhors a vacuum, but the airwaves cannot exist in one. The reality is that Trump is an idiot, Biden doesn't understand how to communicate and the United States is still divided because no one is shouting from the rafters about bringing us together the way that Trump did — and still does — about tearing us apart.

The Democrats' greatest single failure lies in failing to grasp the reality that for many American voters appearances are reality. While the Democrats, so far, have been much better at dealing with reality, Trumplicans have been better at selling their blue smoke and mirrors. James Carville once said that while he did not like what the GOP stood for, he admired their work ethic because they keep pushing what they're selling and never give up.

That's why we are still fighting for a woman's right to choose, fighting against racism and voter suppression. Too many Democrats believed that one victory was enough. There are people working in the White House today who believe that Trump and his allies are irrelevant because Biden won in 2020.

The reality is much darker — and we'd better come to grips with it before the midterm elections.