"No explanation": Why is gunmaker Remington subpoenaing school records of kids killed at Sandy Hook?

“There is no conceivable way that these [records] will assist Remington in its defense," families' attorney says 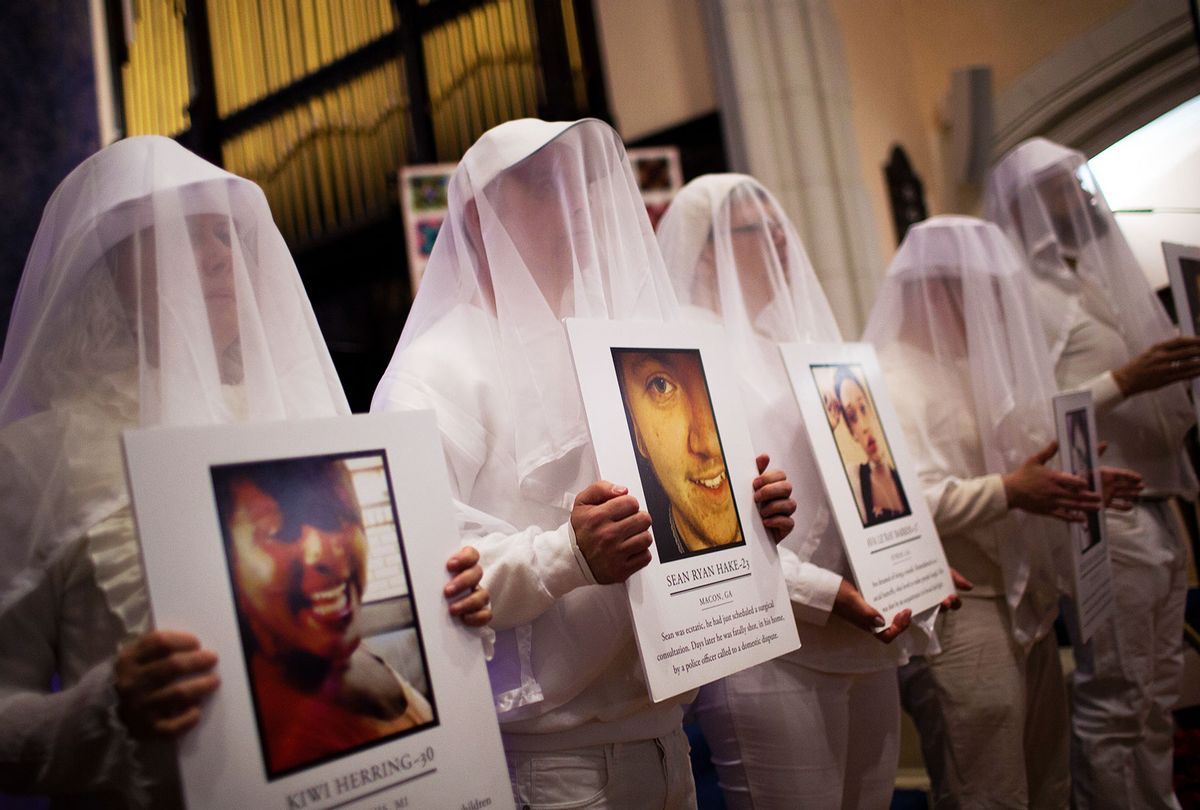 Gunmaker Remington subpoenaed the academic records of five children killed in the Sandy Hook school massacre amid a lawsuit over its marketing of the rifle used in the attack, lawyers for the victims' families say.

The gun manufacturer, which faces a lawsuit from nine families of children killed in the 2012 school shooting in Newton, Conn., subpoenaed the academic, attendance, and disciplinary records of five slain children and the records of four educators who were also killed in the attack, according to a court filing from the families' lawyers. The subpoena demanded the children's "application and admission paperwork, attendance records, transcripts, report cards, (and) disciplinary records."

"There is no conceivable way that these [records] will assist Remington in its defense, and the plaintiffs do not understand why Remington would invade the families' privacy with such a request," the filing said. "Nonetheless, this personal and private information has been produced to Remington."

The families are seeking a protective order to keep the records sealed, calling it an invasion of privacy.

"We have no explanation for why Remington subpoenaed the Newtown Public School District to obtain the kindergarten and first-grade academic, attendance and disciplinary records of these five school children," Josh Koskoff, a lead attorney for the families, told the Connecticut Post. "The records cannot possibly excuse Remington's egregious marketing conduct, or be of any assistance in estimating the catastrophic damages in this case. The only relevant part of their attendance records is that they were at their desks on December 14, 2012."

That was the day that Adam Lanza used a Remington-made Bushmaster assault-style AR-15 rifle belonging to his mother to kill her, 20 first-graders, and six educators. Nine of the victims' families filed a wrongful death suit against Remington, arguing that the gunmaker marketed a military-grade weapon to civilians. The company says the rifle was legally purchased by Lanza's mother.

A state judge in 2016 ruled that the gunmaker was protected by a federal law shielding gunmakers from lawsuits when their firearms are misused by but the state Supreme Court ruled in 2019 that the families could sue the manufacturer under the state's Unfair Trade Practices Act.

Remington has since filed for bankruptcy and the company was dissolved. Four insurance companies have since taken over the defense in the suit. Last year, two of the companies offered a $3.6 million settlement to each of the families but they have yet to respond, according to the Post.

"Clearly Remington's lawyers are trying to get the families to settle by threatening them with using the information to further engage and empower the conspiracy theorists who've made the Sandy Hook School families' lives a living hell for almost a decade," argued Shannon Watts, the founder of the grassroots gun reform group Moms Demand Action.

The settlement offer came after a bizarre episode when lawyers for the families accused the gunmaker of trying to stall the case by responding to a document request with thousands of "random cartoons."

"There are 18,459 more images such as these in Remington's document production," the families' lawyers said in a complaint in July. "But these cartoons are not all.  There are also another 15,825 image files of people go-karting, riding dirt bikes, and socializing, another 1,521 video files of gender reveal parties and the ice bucket challenge, not to mention multiple duplicate copies of Remington catalogues."

The attorneys said that despite assuring the court that it was devoting "extensive resources" to the document production, "Remington has instead made the plaintiffs wait years to receive cartoon images, gender reveal videos, and duplicate copies of catalogues."

"There is no possible reasonable explanation for this conduct," the lawyers said.

The document dump did include thousands of relevant materials.

"When the seemingly random cartoons, images, videos, duplicates, and other items noted are accounted for, Remington, it would seem, has spent the better part of seven years producing 6,606 potentially useful documents in response to the plaintiffs' requests," the complaint said.

The lawyers argued that the document production showed the company's "real motive," which they say is to "avoid a true review of the internal and external communications detailing its abusive marketing practices."

"Now seven years into this litigation -- a litigation that has twice been delayed by Remington's bankruptcy filings -- the plaintiffs are no longer to having their day in court," the families' lawyers said. "The reason is simple: Remington refuses to comply with their discovery obligations."